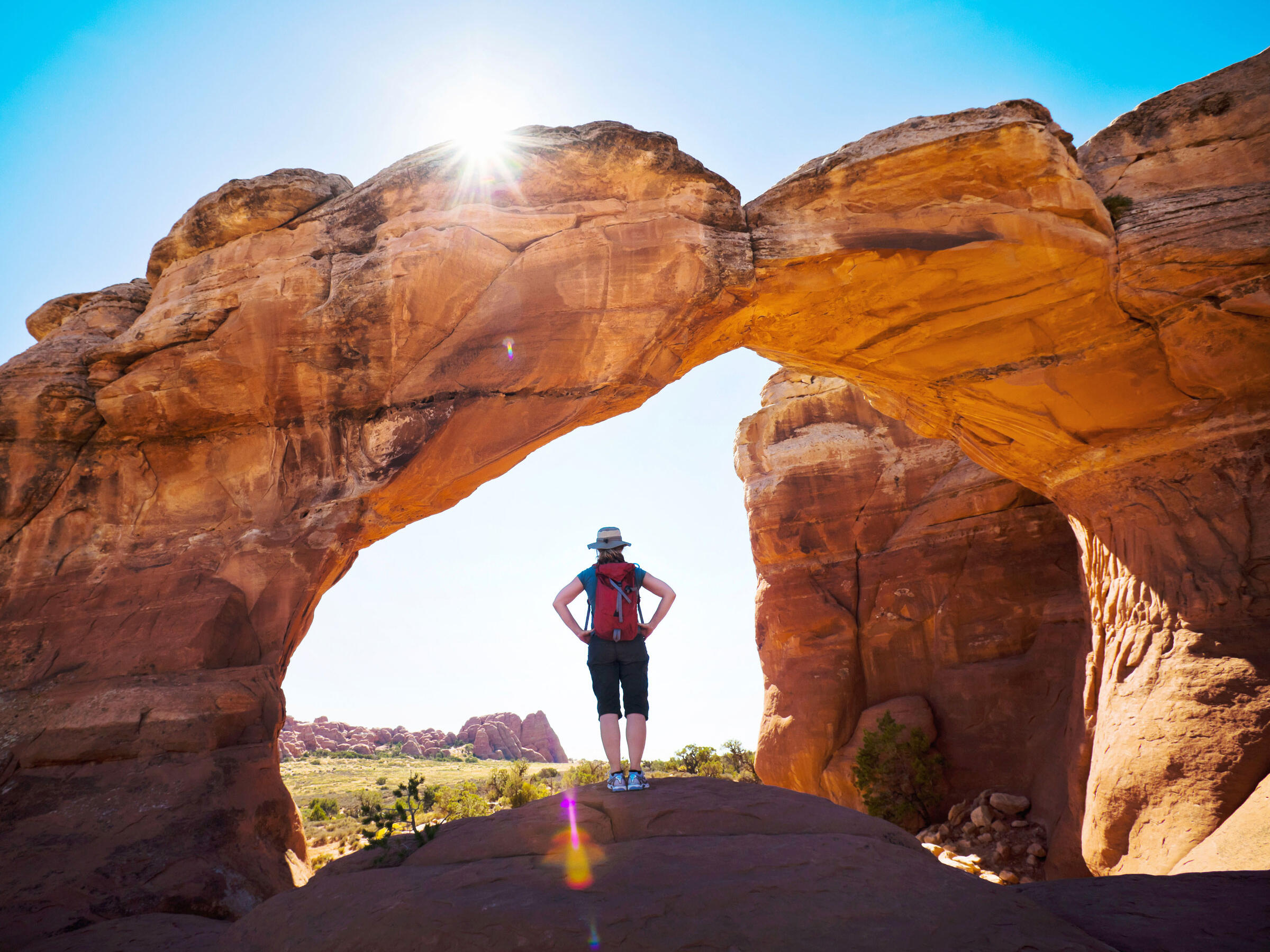 A hiker stands under Broken Arch, taking in the splendor of Arches National Park in Utah. Photo: TMI/Alamy

Stand Up for Your Public Lands

This summer, get outside and get organized to protect America’s national parks and monuments.

In 2017, 330 million people visited our national parks, spending a record 1.44 billion hours recreating there. Tens of millions more stopped by state and city parks, public beaches, and lakes. These are not just places that have inspired millions of people. They are our public lands, an idea first enacted by Republican President Theodore Roosevelt, set aside to restore our souls and inspire our love of the natural world.

I mention national parks for two reasons. First of all, as part of the Year of the Bird, we’re celebrating the great outdoors during the months of July and August. We’re focused on getting kids into nature, and encouraging people to visit our public lands. Read through the pages of this issue for ideas, tips, tools, and avenues of discussion on how to pass along your love of birds and the outdoors to the next generations. Or download our free Audubon Bird Guide app, updated with guided identification, a map of recent sightings near you, and easy comparisons between similar-looking species. And, of course, you’ll continue to be able to record sightings and save photos of the birds you do see.

My other reason for mentioning our national parks is this: They’re the homes and migratory stopovers for millions of birds. A study conducted by Audubon’s science team, in partnership with scientists at the National Park Service, shows that the birdlife in our national parks will be profoundly affected by climate change. More importantly, many of these parks will serve as havens for more and different species as the climate warms.

Audubon wants to be a leader in protecting these tracts of public land. And that’s where you can help.

Because of that key role in sustaining bird populations, Audubon wants to be a leader in protecting these and other tracts of public land. That’s where you can help.

The Department of the Interior continues to attack our shared heritage. Last December, the agency announced that it was shrinking a number of national monuments in a headlong rush to appease oil and mining companies. Worse, the Secretary of the Interior’s meddling has potentially upended the largest conservation agreement in American history, one that protects the Greater Sage-Grouse and the unique sagebrush ecosystems of 11 states. Because of that unnecessary and harmful interference, Audubon has joined forces with The Wilderness Society, National Wildlife Federation, and Montana Wildlife Federation to sue the Department of the Interior. The goal: Make the federal government respect the partnerships in place to protect sage-grouse.

All of this is simply to say: Fight for what is yours and help us to do the same. These are your lands that the government wants to sell off. These are your lands that birds need to survive and thrive. Audubon is committed to protecting these precious resources for future generations, and now, more than ever, you are what hope looks like to a bird.

This story originally ran in the Summer 2018 issue of Audubon. To receive our print magazine, become a member by making a donation today.