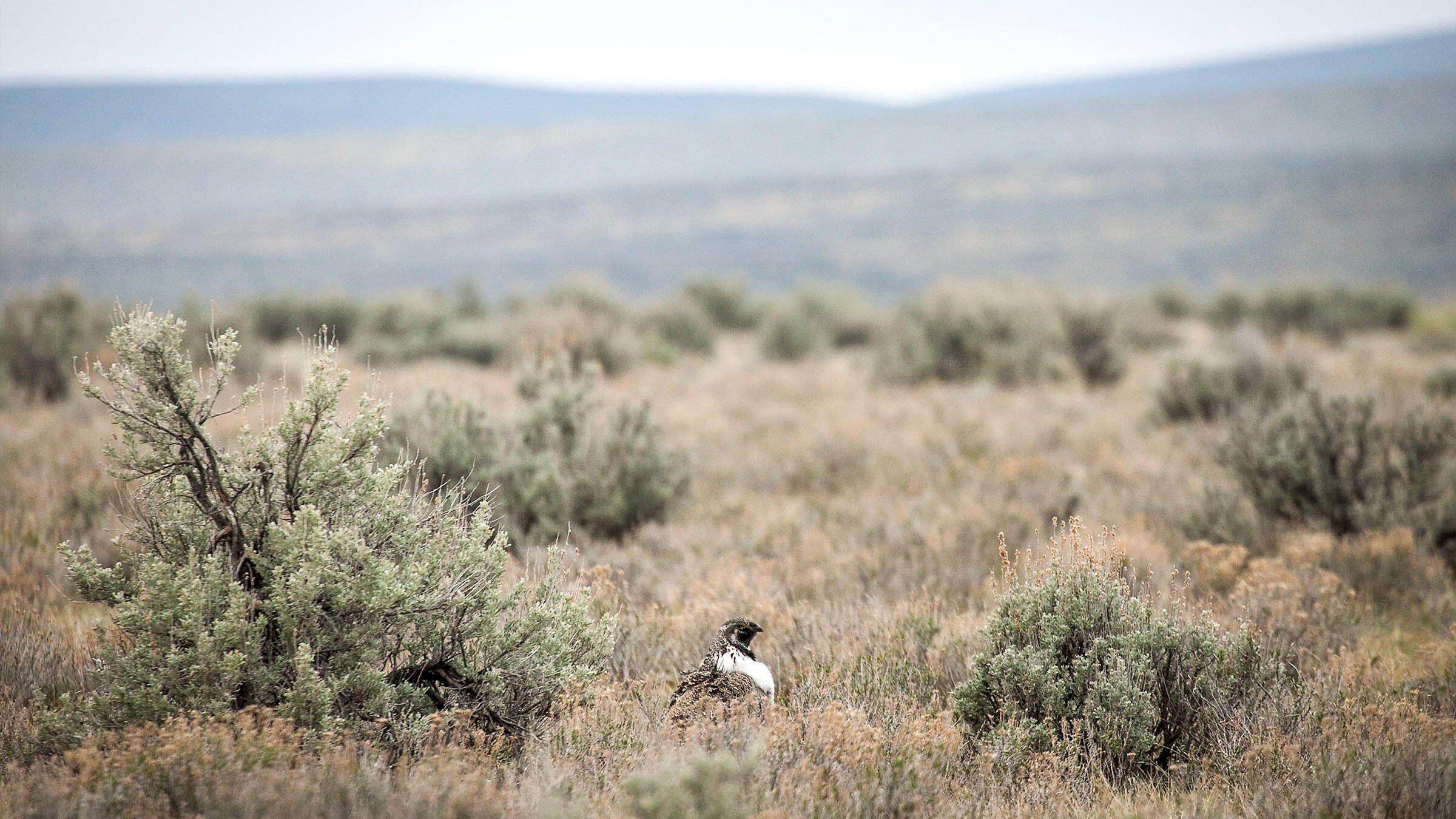 Covering 165 million acres across 14 states, sagebrush country is home to more wildlife—and people—than you might realize.

By Daly Edmunds and Hannah Nikonow

By Daly Edmunds and Hannah Nikonow

Sagebrush country is beginning to thaw. Bird songs that have been absent for the past six months are again decorating the breeze. The transition from the drabness of winter to a more color-rich landscape is still a few spring snow squalls away, but the 40-degree sunshine feels like paradise in the arid high deserts of the West—to wildlife and humans alike.

This year marks the centennial of the Migratory Bird Treaty Act, the most powerful and important bird-protection law ever passed. In honor of this milestone, nature lovers around the world are joining forces to celebrate the Year of the Bird and committing to protect birds for the next hundred years. As part of this yearlong celebration, March is dedicated to highlighting native plants and their importance to birds and other wildlife. With that in mind, we want to take this opportunity to feature Artemisia tridentata, or the sagebrush plant family.

Those wide-open spaces so often associated with old western movies? That's what's known as "sagebrush country" today. Of course, the most important yet often overlooked feature of this landscape is the sagebrush plant itself—of which there are 18 species. Relatively short in stature (usually less than two-feet tall), the long-lived (some can reach more than 100 years), short-branched shrub plays an outsize role in this ecosystem. The plant is the foundation of an iconic landscape that supports a rich tapestry of wildlife and rugged western culture. As Mark Twain famously said, sagebrush country is a “forest in exquisite miniature."

Healthy sagebrush plays a critical role in the hydrological cycle of the arid West. In the summer, the plant's tap roots, which extend 1-4 meters into ground, help it withstand the dry conditions. In the winter, these roots capture snow and retain moisture that supports other plants while helping to fuel rivers upon which urban communities rely. Additionally, healthy sagebrush plants help keep the soil intact when the ground is restored after being mined for resources such as oil, gas, and trona.

Above ground, sagebrush serves as a nurse plant, creating conditions crucial for other important native plants, including grass, to grow. These plants feed a variety of wildlife as well as herds of rangeland animals, like cattle and sheep, which have long been the backbone of western communities. Sagebrush leaves themselves—which are strongly aromatic and a shade of light green that seems to change with the weather—provide food to a variety of birds and fauna, including  mule deer, white-tailed deer, elk, pronghorn antelope, bighorn sheep, and jackrabbit. Nearly 100 bird species depend on sagebrush country for their habitat needs. Several of these animals have an obligate, or highly dependent, relationship with sagebrush, including the Sharp-tailed Grouse, Pygmy Rabbits, Sage Thrashers, Sage Sparrows, and Brewer’s Sparrow.

The high-profile Greater Sage-Grouse is among those species that is completely dependent on sagebrush plants—in every stage of its life cycle. They eat sagebrush leaves year-round, and as much as 70 to 75 percent of this bird’s diet is made up of sagebrush leaves and flower clusters. In the open patches between sagebrush plants, sage-grouse return every year between March and May to mate. The males gather at sunrise to strut, display, and battle each other on breeding grounds called leks, vying to win the favor of the females. Eggs are laid in the surrounding area, on the ground beneath the protective branches of a sagebrush. And the cycle continues.

Its vastness can be deceiving—loss of sagebrush habitat is accelerating.

Given the importance of sagebrush to the West, many are involved in trying to manage it in the face of growing threats. Its vastness can be deceiving—loss of sagebrush habitat is accelerating. Increasing wildfire frequency, which some have found linked to climate change, is one of the main contributors to the loss of sagebrush habitat. When sagebush habitat is lost to fires, aggressive non-native species such as cheatgrass and medusahead—neither of which are very palatable to wildlife—take over. Climate change may also be altering the range of invasive plants, potentially expanding them into sagebrush territory. Encroaching native conifers, such as juniper, are another growing problem. These trees can outcompete sagebrush by stealing significant amounts of water from an already dry landscape. They also provide perches for raptors and other predators that prey on sage-grouse.

Because of the Greater Sage-Grouse's dependence on the sagebrush, it has become a symbol of the ecosystem as a whole. In 2008, the bird was offically petitioned to be listed under the Endangered Species Act as its numbers fell. The recognition by experts that loss of sagebrush habitat was a primary cause for the sage-grouse's decline resulted in unprecedented collaboration. Between 2010 and 2015, a variety of stakeholders—from state and federal agencies to private landowners and conservation groups—came together to try and improve management of the sagebrush ecosystem to avoid a listing, which would have triggered new protections and regulations across the bird's expansive habitat.

In September 2015, the U.S. Fish and Wildlife Service announced that, based in part on the unprecedented collaboration, listing was not warranted. In addition to aiding the sage-grouse, studies have shown that sagebrush conservation efforts help 350 other species of plants, invertebrates, amphibians, reptiles, birds, and mammals that rely on the habitat. Continued success for sage-grouse, other sagebrush-dependent species, and the people that live in sagebrush communities is predicated on evolving working-land practices, continued landscape-scale conservation, and bi-partisan support.

Native plants like sagebrush are crucial for birds and people throughout the West. We are all dependent on the clean water, free-range food, energy, and open spaces sagebrush country provides. So please, join us in celebrating the Year of the Bird by helping to conserve this incredibly important plant and the vast, delicate ecosystem it supports. You can read more about the sagebrush habitat and how you can support it using Audubon Rockies’ free Sagebrush Education Trunk, and at the website Partners in the Sage.

Daly Edmunds is the director of policy and outreach at Audubon Rockies. Hannah Nikonow is the sagebrush communications specialist at Intermountain West Joint Venture.