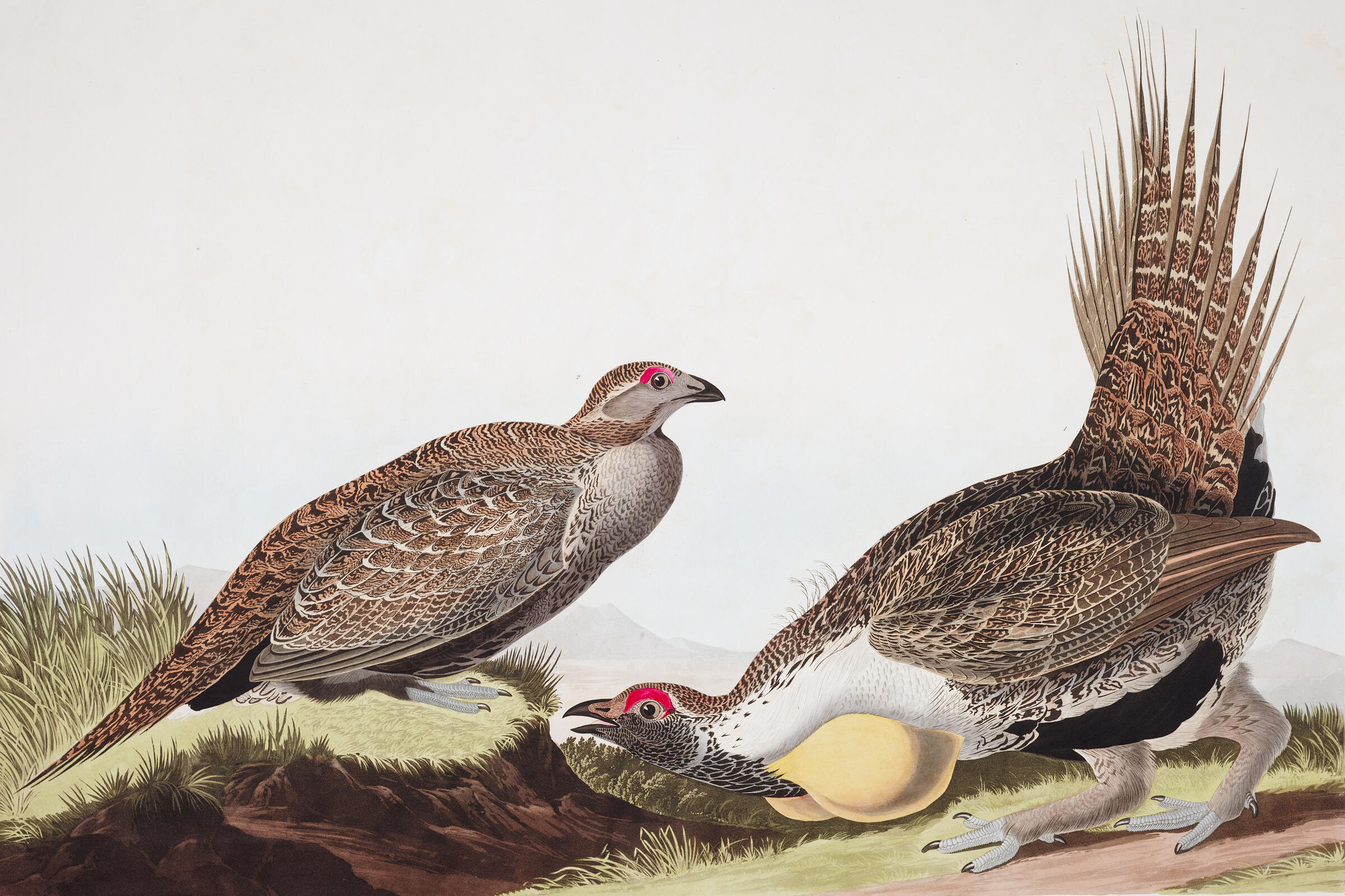 Since 2002, the Greater Sage-Grouse, a spectacular galliform bird with spiky tail feathers and inflatable banana-yellow air sacs on its chest, has been the subject of a dispute between the federal government, state governments, private industry, and conservation groups. In the 1800s, it numbered in the millions, but habitat destruction has dropped those numbers to between 200,000 and 500,000—a recent study found that the bird’s population dropped 50 percent between 2007 and 2013—making the bird a candidate for a federal management listing on under the Endangered Species Act.

In late September 2015, the Department of the Interior announced that federal and state conservation plans were sufficient to keep the Greater Sage-Grouse from warranting protection under the Endangered Species Act. Audubon has worked tirelessly for more than a decade to make sure that those federal and state conservation plans were robust enough for this result. The work required unprecendented collaboration between conservationists, ranchers, energy companies, and federal and private landowners across 11 states in the American West—collaboration that is key to saving the bird.

Even though the sage-grouse won't be listed under the ESA, the bird still requires devoted conservation efforts to keep its population and habitat strong for the decades and centuries to come. Here's a primer on what's going on with this odd, chicken-sized creature.

What is a Greater Sage-Grouse?

Also of interest: during the winter, the Greater Sage-Grouse eats nothing but sagebrush, the only bird in the steppe that can survive on this limited diet.

Where does the Greater Sage-Grouse live?

It lives on some 165 million acres of sagebrush steppe habitat in 11 states in the American West, including California, Colorado, Idaho, Montana, Nevada, Oregon, Utah, Washington, and Wyoming. The federal government owns more than 100 million of those acres, while state governments and private stakeholders own the rest.  The Greater Sage-Grouse is currently a state-managed bird, which means that each state implements its own conservation plan surrounding the bird. The U.S. Fish and Wildlife Service considers the Greater Sage-Grouse to be an indicator species on the health of the sagebrush steppe: that habitat is home to more than 350 species, including Golden Eagle, mule deer, elk, and pronghorn antelope.

Why are Greater Sage-Grouse populations declining?

Today, Greater Sage-Grouse occupy only 56 percent of their original range. The birds need large tracts of unfragmented habitat to survive, as they need both space for their leks and to travel between their wintering and breeding grounds. Grouse are also creatures of habit, going to the same lek sites every year, no matter how disturbed the habitat might be. This can make conservation a challenge. Agricultural conversion, infrastructure (transmission towers, energy development, fences, roads, etc), urbanization, invasive plants, intense wildfires, and lack of regulatory mechanisms to protect sagebrush ecosystem, have all contributed to habitat degradation.

What is being done to save Greater Sage-Grouse?

The U.S. Bureau of Land Management has undertaken an ambitious effort to incorporate protections for Greater Sage-Grouse. This process is on-going and encompasses approximately 60 million acres. In addition, many of the states have either developed or are working on sage-grouse conservation plans. And the Natural Resources Conservation Service works with landowners to implement protections for the bird on privately owned land.

But what are people actually doing on the ground to save the Greater Sage-Grouse?

Removing invasive conifers, marking fences to make them bird-safe (the birds end up clotheslining themselves on the wires because they can’t see them), building bird ramps in cattle watering troughs (otherwise the birds fall in and drown) and financially rewarding private landowners who place their space in conservation easements. Here's a full roundup.

What Is Audubon doing?

Audubon is working hard with a wide range of stakeholders, including the states and the federal agencies, to ensure the long-term conservation of Greater Sage-Grouse by maintaining viable, well-distributed grouse populations that are connected by healthy sagebrush. Since 2007 Audubon has been a member of the Wyoming Sage-Grouse Implementation Team, which helped the state to develop conservation strategy that has protected 15 million acres of sagebrush habitat for grouse and a variety of wildlife—an effort that not only avoided impediment of economic development but also resulted in the Wyoming plan being the only state plan deemed adequate by the U.S. Fish and Wildlife Service.

Many Audubon chapters have also collectively sent a letter to Secretary of the Interior Sally Jewell outlining steps that could be taken to bolster sage-grouse habitat while avoiding a listing (that letter is attached below).

Send a letter to your Congressman asking them to protect the bird here.

What if I want to learn even more?