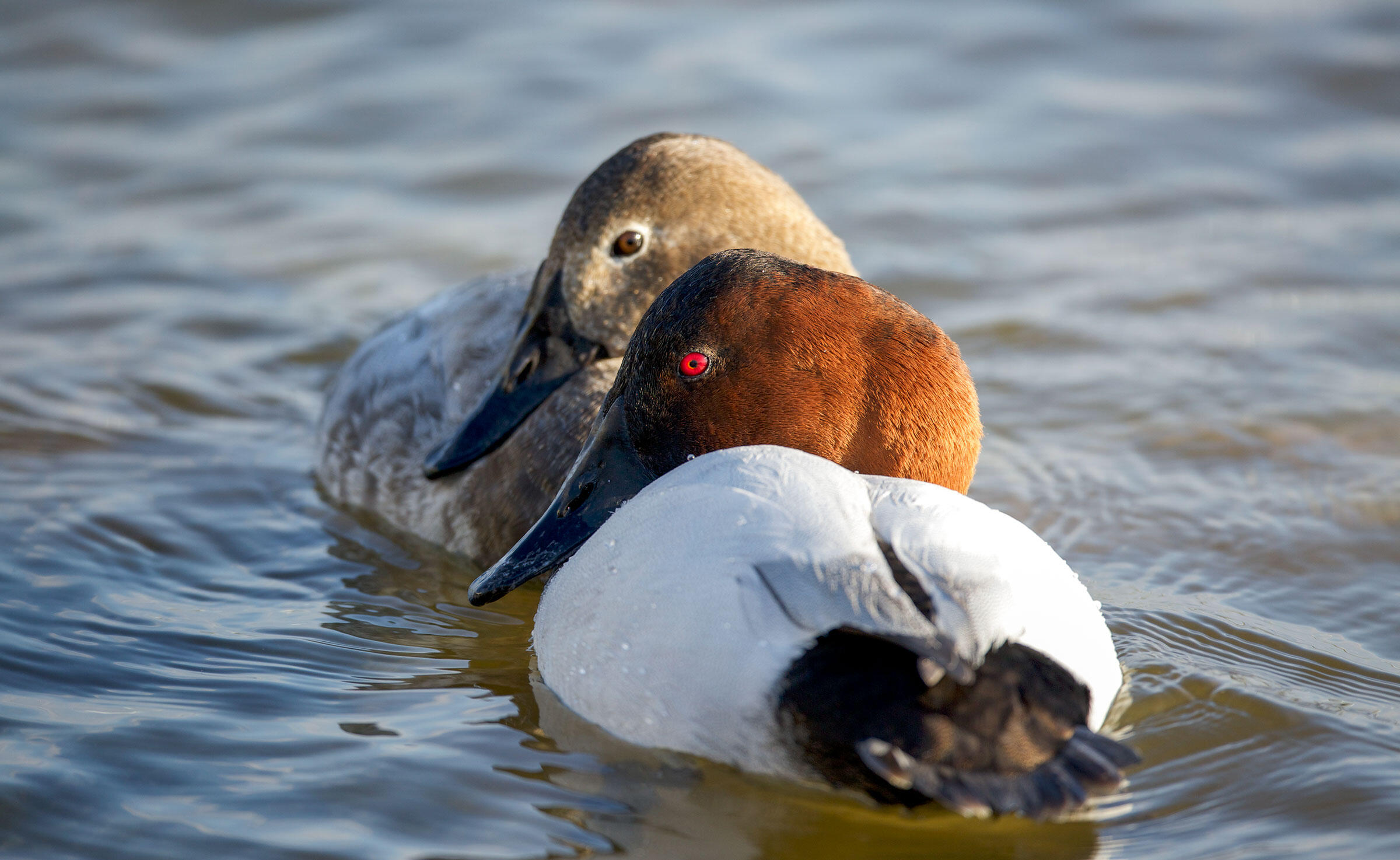 How to Tell a Canvasback from a Redhead

Focus on size, head shape, and body color to distinguish these deluxe ducks.

When you’re all set on identifying Mallards and are ready for the next level of waterfowl, Redheads and Canvasbacks are waiting. These are stately diving ducks, with clean colors and dignified postures that tell you right away that they won’t be begging for bread crumbs. But the two species look similar—the drakes with coppery heads, dark chests, and light-colored bodies, and the hens a fairly uniform brown. So, some ID cheats are recommended.

First, know that range maps won’t help. Both of these species are in the same general vicinity throughout the year: breeding in the prairie potholes of the upper Midwest and Canada, then wintering on unfrozen inland lakes and along the coasts. In fact, the two ducks will often mix (and in a few cases, hybridize), often as part of massive rafts in the middle of a river or bay.

But having these species in proximity can also be helpful: It allows for direct comparison of head shape and body size. Canvasbacks are, on average, two inches larger than Redheads and have a distinct profile, with a long face that slopes unbroken from the top of their forehead to the tip of their bill. Redheads have a more classic duck look, with a well-defined angle between their rounded heads and distinctive blue-gray bills.

Head shape is clear and evident—but only when the ducks feel like cooperating. They spend a lot of time sleeping in big offshore rafts with their faces turned and their bills tucked into their feathery backs. For sleeping fowl, body color becomes the primary clue. Canvasback drakes are a bright white from nape to rump, while Redhead drakes are more sooty and gray. That said, color alone might not be enough for an identification, especially if there similar species like Greater or Lesser Scaup or Ring-necked Ducks nearby. But if you can see red on the head, then the shade of the body will be a clincher.

Females don’t wear bronzer, so you’ll need other methods for telling them apart. Canvasback hens are lighter brown than Redhead hens, but I’ve found the color hard to judge on lone birds. Instead, use the same contrasts in size and head shape that apply to drakes. Once you’re able to ID and appreciate each species for its own, you’ll realize: Some ducks have a sense of decency after all.

Click or tap on the photos below to see the key field marks. 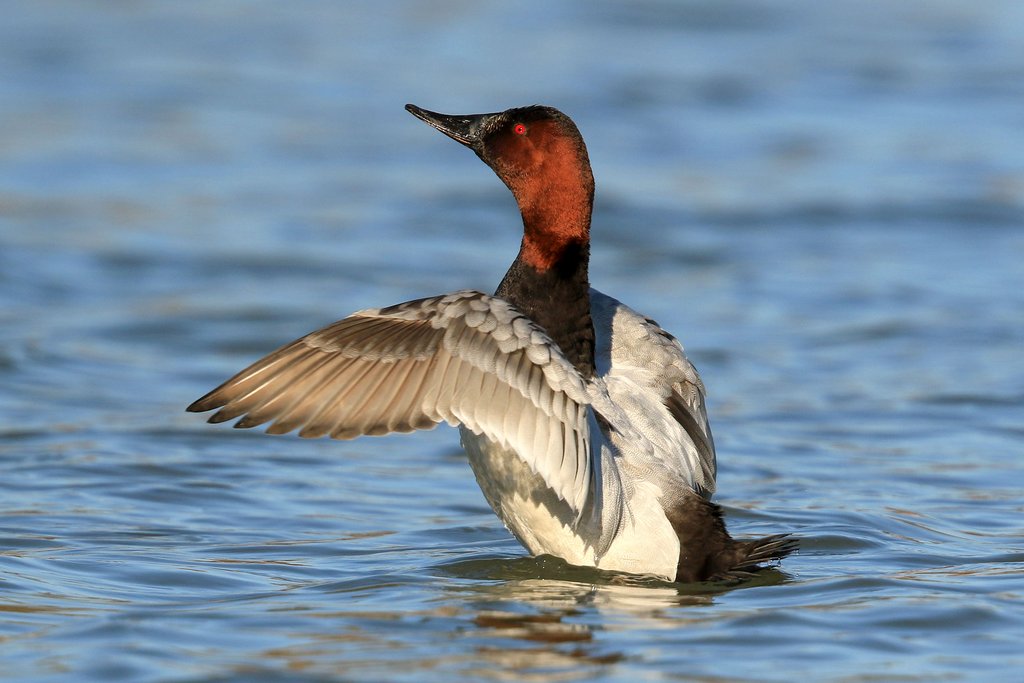 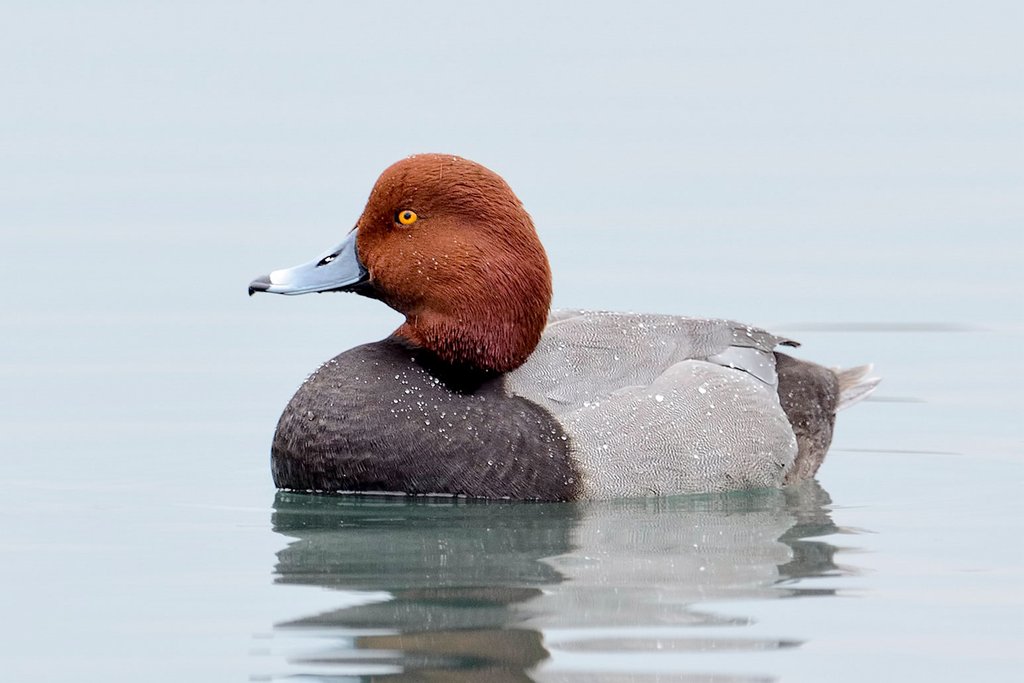