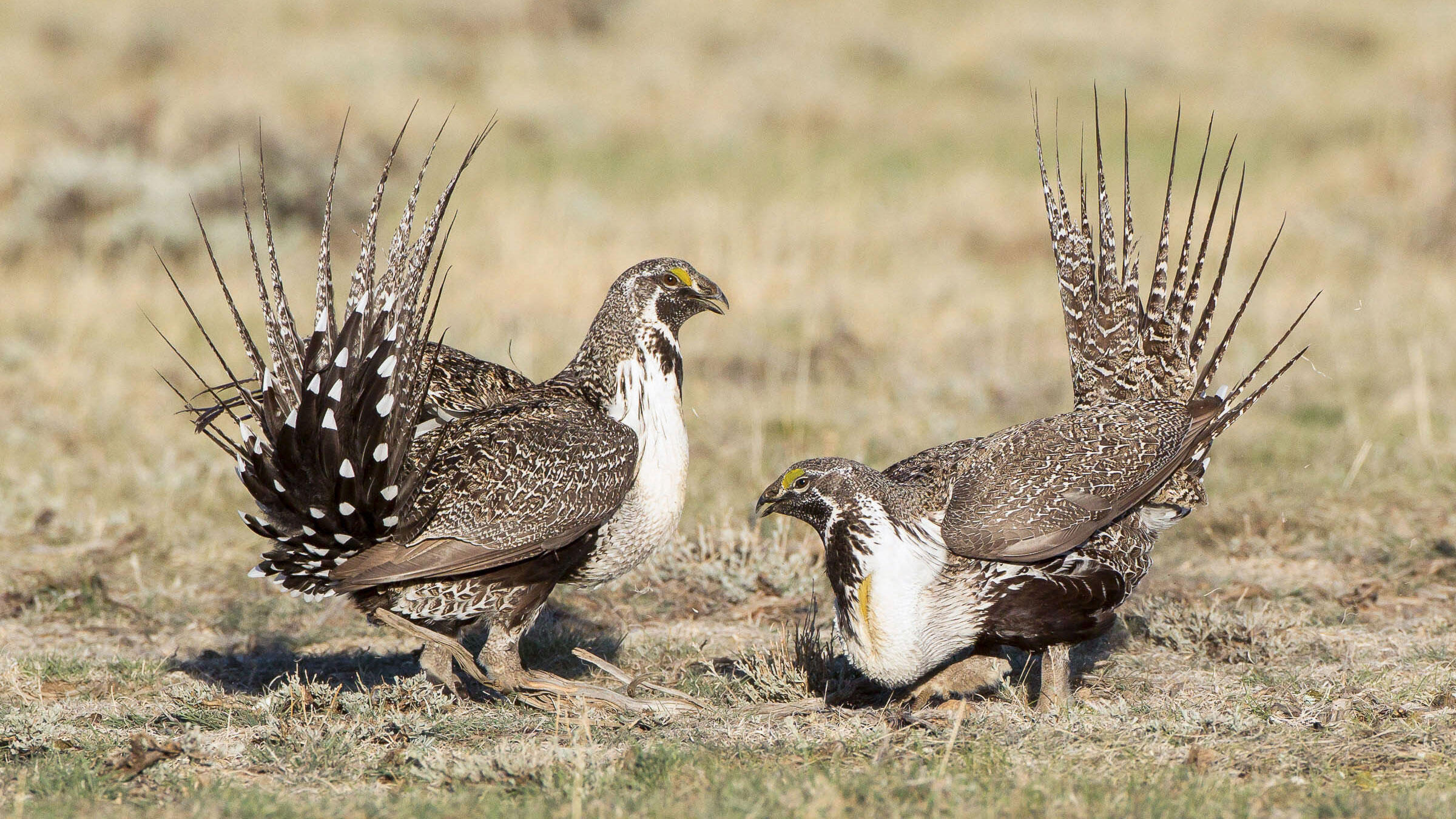 The bipartisan poll also details widespread support for protecting public lands and waters, and an uptick in voters identifying as conservationists.

In 2015, an unlikely alliance formed to protect the Greater Sage-Grouse. Ranchers, industry, and conservationist groups, including Audubon, joined forces to develop a plan to conserve 35 million acres of the sagebrush sea in the American West. The collaboration was hailed as a bipartisan victory, and all parties got what they wanted: The sage-grouse’s habitat was protected for landscape-scale conservation, and the bird was not listed under the Endangered Species Act, which would have immediately resulted in heavy restrictions on private and public lands.

Fast-forward to 2018 and that very plan is now open to reconsideration. In October, Secretary of the Interior Ryan Zinke officially released a "notice of intent" to amend the sage-grouse conservation plan, in part to determine if it hinders energy development. And following a 45-day open comment period, which ended January 19, Secretary Zinke is now poised to announce his next steps. Given the administration’s priority of “Energy Dominance,” there are concerns that those steps will not be in favor of protecting the charismatic species, despite receiving 400,000 comments (submitted to the Bureau of Land Management and the U.S. Forest Service, combined) in favor of keeping the current plans in place.

However, not even voters who live in the West alongside sage-grouse would support such changes. According to the 2018 Conservation of the West Poll, which was released last week, nearly two-thirds of Western voters oppose changing the sage-grouse conservation plan. Opposition is consistent across the region: In all Western states—including Wyoming, home to 37 percent of the bird’s population—the majority of voters are against modifying the plans.

To those actually living out west, these results may not come as a surprise. “People [in the West] want conservation. They want clean area, clean water, wildlife, and open space,” says Brian Rutledge, Central Flyway conservation strategy and policy advisor at the National Audubon Society. “[Secretary Zinke] is totally out of touch with the West.”

For eight years, The Colorado College State of the Rockies Project has produced the Conservation of the West Poll, which explores bipartisan opinions of registered voters across eight Western states (Arizona, Colorado, Idaho, Montana, Nevada, New Mexico, Utah and Wyoming). Between December 2017 and January 2018, pollsters—one, a Democrat, and the other, a Republican—interviewed 400 registered voters in each Western state. The 3,200 total respondents were a roughly even split between Republicans, Democrats, and Independents.

Opposition to changing the sage-grouse conservation plan is but one of many issues where Westerners depart from Secretary Zinke’s agenda, according to the poll results.

“No matter what issue we’re looking at, we’re seeing close to two-thirds [of Western voters] that are basically parting with the administration’s position,” Dave Metz, a pollster involved in the survey, said at a press conference. “Nowhere is that more evident than on the question of national monuments.” Indeed, two of three Westerners oppose downsizing Bears Ears and Grand Staircase-Escalante, national monuments in Utah slashed by President Trump in December (at Zinke’s recommendation). Even in Utah, where residents have more at stake in the monument designations, 49 percent of voters think shrinking the monuments is a "bad idea" and 46 percent think it's a "good idea." Such a slim margin is a far cry from President Trump’s claim that creating Bears Ears and Grand Staircase Escalante was decided by “a small handful of very distant bureaucrats located in Washington” at the expense of locals.

So why are the majority of Western voters in support of protecting public land?

Perhaps it’s because they enjoy the outdoors so much. “Nearly all of the people surveyed said they visited national public lands in the past year, and plan to go to a national park in 2018,” Walt Hecox, professor emeritus of economics at Colorado College and founder of the State of the Rockies Project, said in a press release.

According to the survey, three out of four voters identify as a “conservationist,” a steep hike from just two years ago.

Or maybe it’s tied to how Westerners identify. According to the survey, three out of four voters identify as a “conservationist,” a steep hike from just two years ago, when only two-thirds of Western voters (or 13 percent fewer) held this identity. (The uptick is even higher for Latinos, who jumped 18 percentage points in the same time period.)

And yet another reason might be voters’ concern for water—or lack thereof. More than four out of five voters are seriously concerned about the condition of rivers. None of which might be more important than the Colorado River, home to around 400 species of birds. Three out of four voters residing in nearby states (Arizona, Colorado, Nevada, and Utah) say the Colorado River is  “at risk.”

“Recognition that this river is in trouble unless we change course is very encouraging,” says Abby Burk, western rivers program lead for Audubon Rockies. “That gives us a ripe opportunity to help pull our elected officials into taking action.”

In states where water conservation is an issue, such as Nevada and Arizona, a large majority of voters—Democrats and Republicans alike—preferred conserving the current water supply over diverting water away from less populated areas, which has sucked the Colorado River dry.

Overall, the results show that the federal administration is out of step with the interests and priorities of Westerners. The administration says it prioritizes local voices, but this poll suggests that they, along with the many other Americans that support national monuments, aren't being heard. Secretary Zinke has already recommended that President Trump adjust 10 monuments—shrinking four, and changing the management of six—and he’s expected to announce changes to the sage-grouse conservation plan in the coming weeks.

What's good news for the state can also be seen as yet another example of political favoritism by the current administration.

Executive Summary—Water and Birds in the Arid West: Habitats in Decline