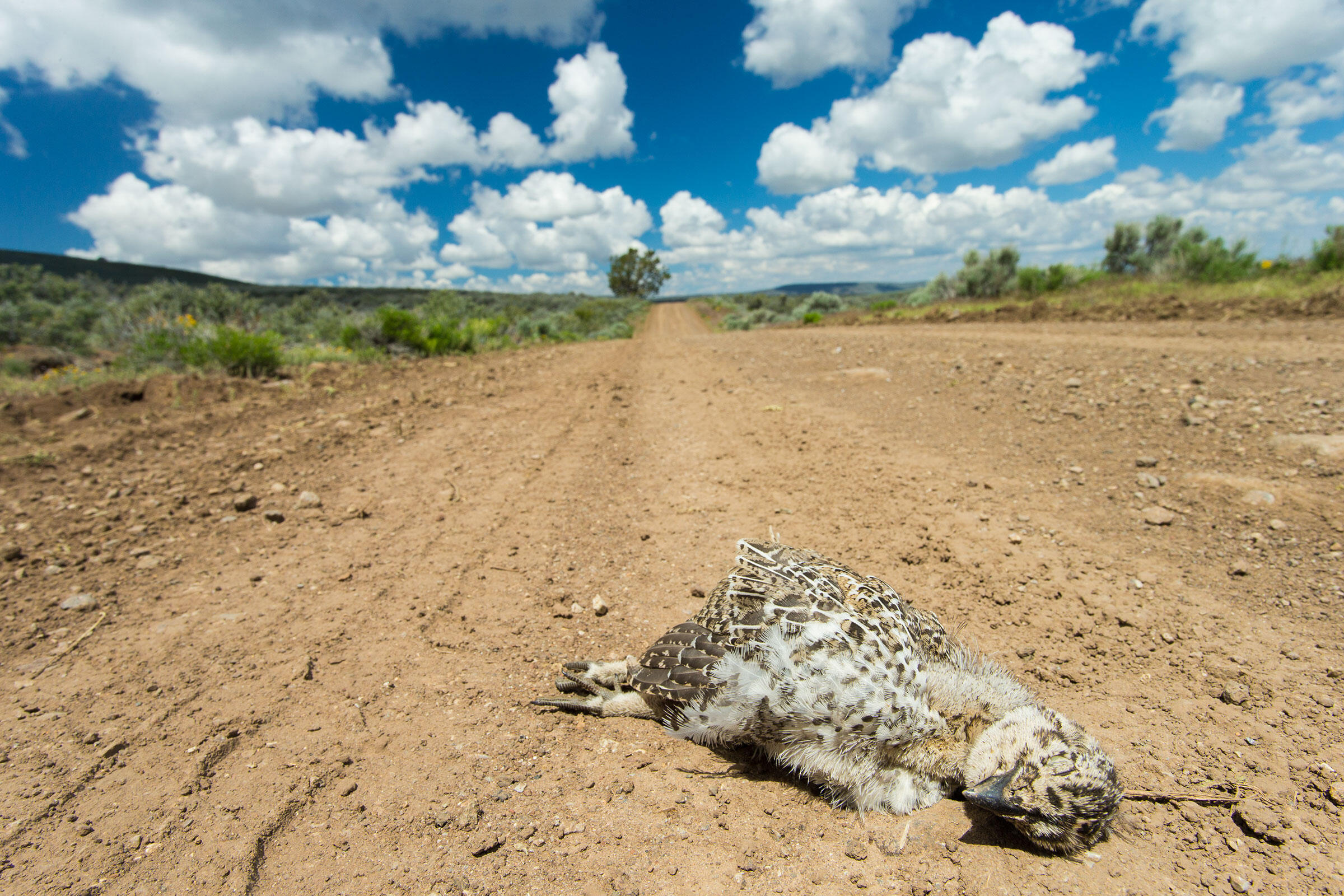 More than anything else, Greater Sage-Grouse need space to survive and thrive. Fragmentation of sagebrush habitat caused by roads and other manmade development interferes with their annual life cycles, posing risks to adults and chicks alike. Photo: Noppadol Paothong

With an official notice of intent, the secretary of the interior begins the process required to amend the landmark 2015 conservation agreement.

The Trump administration’s unwavering devotion to revising the current Greater Sage-Grouse conservation plan grew even more worrisome this week. On Thursday, in an expected announcement, Secretary of the Interior Ryan Zinke officially released a "notice of intent" to amend "any, all, or none" of the regulations that make up the current sage-grouse conservation plan. Disregard that none part, though—the notice comes on the heels of an official review of the current plan that wrapped up on August 4th, and that came on the heels of months of hints by Zinke about revisiting the plan.

The notice of intent does not outline any specific amendments, but rather it officially opens a public scoping process that will last 45 days while the Department of the Interior accepts public comments on sage-grouse land-management issues. The current plan includes a bundle of 98 different Bureau of Land Management laws that were instituted in 2014 and 2015. These laws apply to 11 Western states where the portly ground bird can be found, including California, Colorado, Idaho, Nevada, Oregon, Wyoming, North Dakota, South Dakota, Utah, and Montana.

Potential amendments to the plan are highly controversial. Conservation organizations, including the National Audubon Society, have taken issue with the administration's review. And five Western governors—Governor Mead of Wyoming, Governor Sandoval of Nevada, Governor Bullock of Montana, Governor Hickenlooper of Colorado, and Governor Brown of Oregon—have raised concerns over potential changes to the plan, which was developed in concert with the states.

“We can’t have wholesale changes in wildlife management every four or eight years,” Governor Mead told the Casper Star-Tribune this week. “I don’t think that is the best way to sustain populations or provide the necessary predictability to industry and business in our states.”

The current plan, established in 2015 by former Secretary of the Interior Sally Jewell, was the result of a highly collaborative effort involving dozens of stakeholders and using decades of science and research to save the sage-grouse using landscape-scale conservation, as opposed to more controversial methods such as captive breeding and population targets. Both of which have been shown to be unreliable and risky. Both of which have also been cited by Zinke as conservation methods to reconsider.

While the notice doesn't go into too much detail, it does offer a glimpse into the issues the Interior would like to address. These range from more specific regulations, including habitat boundaries and buffers for sage-grouse leks (the breeding grounds where strutting male birds proudly pop their air sacs to attract seemingly disinterested females), to wider land-management issues, including grazing rights and whether regulations should be approached on a state-by-state basis. While reviewing the plan at all is concerning for champions of the current strategy, the potential to have a more flexible plan on a per-state basis raises red flags for many about the potential loosening of oil and gas regulations.

Indeed, oil and gas executives celebrated the looming notice of intent in a recent story by the New York Times. “I’m happy to see that it looks like it’s coming out,” Kathleen Sgamma, president of the Western Energy Alliance, told the Times, which had obtained the notice of intent in draft form before its official release.

While many in the energy sector find the current sage-grouse limitations to be onerous, rolling back the regulations could prove to be shortsighted. What made the current plan such a success is that it kept the Greater Sage-Grouse from being listed as endangered under the Endangered Species Act two years ago this September. A listing would have triggered a wave of burdensome regulations that would have shut down or greatly reduced private enterprises such as ranching or oil and gas operations on any land deemed important to the bird's conservation. Considering the sage-grouse's range, that's a lot of acreage.

Although the bird is not considered endangered, its population, which naturally goes through boom and bust cycles, remains precarious. Opening up land to further development or changing current conservation methods could cause population numbers to dip into endangered territory, which would create a nightmarish regulations scenario for private landowners and industry across the West.

Earlier this year Audubon spoke to Carey Farmer of ConocoPhillips Company, an energy giant that has made supporting sagebrush and Greater Sage-Grouse conservation efforts a priority. Farmer and Conoco recognize the risks posed if the bird gets listed. “[Oil] is a vital industry for our country, and there’s nothing that could shut it down quicker than a series of listings,” he said.

Brian Rutledge, Audubon's vice president and director of the Sagebrush Ecosystem Initiative, echoes this sentiment—while going even further. To Rutledge, Zinke's notice of intent is "loudly pressing for an end to certainty for industry, agriculture, and an ecosystem."