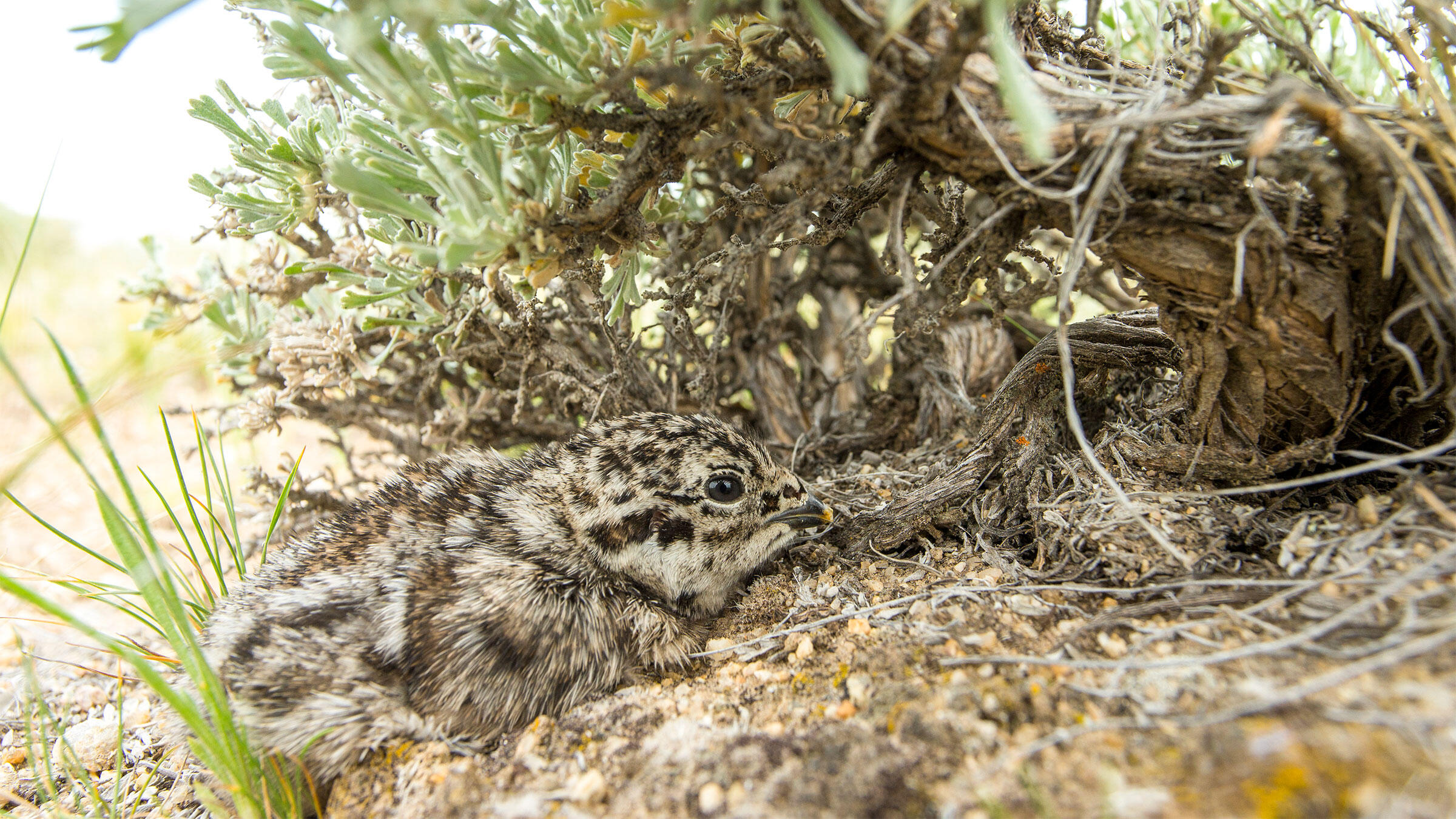 Greater Sage-Grouse nests can be extremely hard to find, and if a female grouse feels disturbed or that she has lost too many eggs, she might abandon a nest. Photo: Noppadol Paothong

The proposal would let commercial farms harvest Greater Sage-Grouse and their eggs. But there's no scientific evidence or public interest to support such an endeavor.

Editor's Note: HB271 in Wyoming is headed back to the House after the Senate voted 24-6 to pass the bill on February 27, 2017. In the bill's current incarnation, a licensee could collect 250 Greater Sage-Grouse eggs per year from wild populations. The House will have to approve of the Senate changes to the bill, then it goes to Wyoming Governor Matt Mead for signature.

Pity the Greater Sage-Grouse. Not only is the magnificent chicken-size bird losing places to live and dance as its sage-brush habitat disappears, but now private interests in Wyoming want to get up in its reproductive business. A bill, currently awaiting a vote in the Wyoming state Senate, would make commercial sage-grouse bird farms legal—and licensees could pilfer eggs from wild sage-grouse populations to get farm stock.

House Bill 271, which passed the Wyoming House of Representatives earlier in February, outlines how a farm could obtain the necessary licenses to collect eggs and rear Greater Sage-Grouse in captivity. When the bill originally passed the House, the bill specified that 250 eggs would be collected per year from the wild. Then, while in a Senate Committee, the bill was amended with the annual collection increased to 1,000 eggs. During yesterday's Senate debates, this number fluctuated wildly, and as of publication is currently at 500 eggs over four years. What's more, the bill also stipulates that licensees could abscond with both eggs AND wild female sage-grouse.

Why this bill even exists is something of a mystery. According to Daly Edmunds, director of policy and outreach at Audubon Rockies, the bill has no basis in sound conservation science and, as it stands, will not support sage-grouse conservation efforts whatsoever, because the biggest threat to sage-grouse populations is habitat loss, not a lack of birds. Captive breeding and rearing are certainly legitimate ways to help preserve a species that is so imperiled—think of the California Condor—and in danger of going extinct. But the Greater Sage-Grouse isn't there yet, especially not in Wyoming. The state is a stronghold for the species, containing around 37 percent of the species' global population of 250,000 to 500,000 birds, says Brian Rutledge, Audubon’s director of the Sagebrush Ecosystem Initiative. Typically, captive breeding is used for populations that are geographically or genetically isolated, as they stand to benefit most from such methods. The sage-grouse population is neither, he says.

Additionally, Wyoming has one of the most progressive and successful state-level Greater Sage-Grouse management plans in the country. So successful, in fact, that the US Fish and Wildlife Service recognized it amongst state management plans in its 2015 decision to not list the Greater Sage-Grouse for federal protections under the Endangered Species Act. “Audubon is very concerned about this bill because Wyoming’s population of sage-grouse does not need an unproven and potentially disruptive captive-rearing program,” Edmunds says.

Even if the population could stand to benefit from this approach, it's not clear that a large-scale captive-rearing program would do much good. Wildlife professionals in Wyoming, under the auspices of the Wyoming Chapter of The Wildlife Society, oppose the bill, arguing that there is no scientific support for a breeding program in the state, and that such a program could harm wild populations.

One of the major flaws of the bill is its approach to captive breeding, which is based on pheasants, Edmunds says. Grouse are very different than pheasants and present a host of challenges for captive breeding. To date, efforts to raise sage-grouse in captivity have been done at small scales and have not been especially successful, as the species has a complicated reproductive lifestyle that doesn't easily translate to human care.

Another concern has to do with the collection of the eggs and raising of the chicks. Based on small-scale captive rearing efforts by the Colorado Division of Wildlife and the University of Idaho, Audubon staff predicts that to get 1,000 eggs, a licensee would have to raid the nests of more than 150 wild female grouse. Finding those nests is incredibly difficult; female sage-grouse are great at hiding. If egg collectors managed to find the requisite nests, they would then have to harvest the whole nest within a very narrow window of laying, which allows the hen time to try to lay a second batch. If the licensees remove only some of the eggs, they must replace harvested eggs with decoys (lest the hen get suspicious and abandon her nest). Eggs must then be carefully transported back to the farm and hatched under very specific conditions; the chicks must be kept disease-free and then connected with a foster mom in the wild whose own chicks are exactly the same age as the captive-reared orphans.

Missing any of those milestones could lead to failure of the breeding efforts. It is intensive and costly work, Edmunds says. It's also a logistical nightmare and, worse, could destabilize the breeding success of Wyoming's wild sage-grouse. Female grouse tend to abandon nests if they lose too many eggs or if they feel threatened. The very act of nest searching (some proponents have proposed using dogs) could result in reproductive failure in a species that already has low reproductive rates.

Beyond the flaws in the bill's scientific underpinnings, there’s another issue at hand: Wyoming residents have historically resisted any efforts to commercialize their public wildlife resources. In a letter to state senators, Tim Banks, president of the Laramie Audubon Society, wrote that "we are opposed to any commercialization/privatization of public wildlife resources, which this bill appears to promote." A letter to the editors of the Casper Star Tribune from Stacey Scott, chairman of one of Wyoming's Sage-Grouse citizen-based local working groups, also rejects the bill, citing Wyoming's refusal to allow private ownership of game animals as well as the difficulty of captive-rearing sage-grouse.

According to Edmunds, the Wyoming state Senate will likely vote on the final bill early next week. If the bill passes, the Greater Sage-Grouse will have yet one more obstacle to contend with in its efforts to thrive.