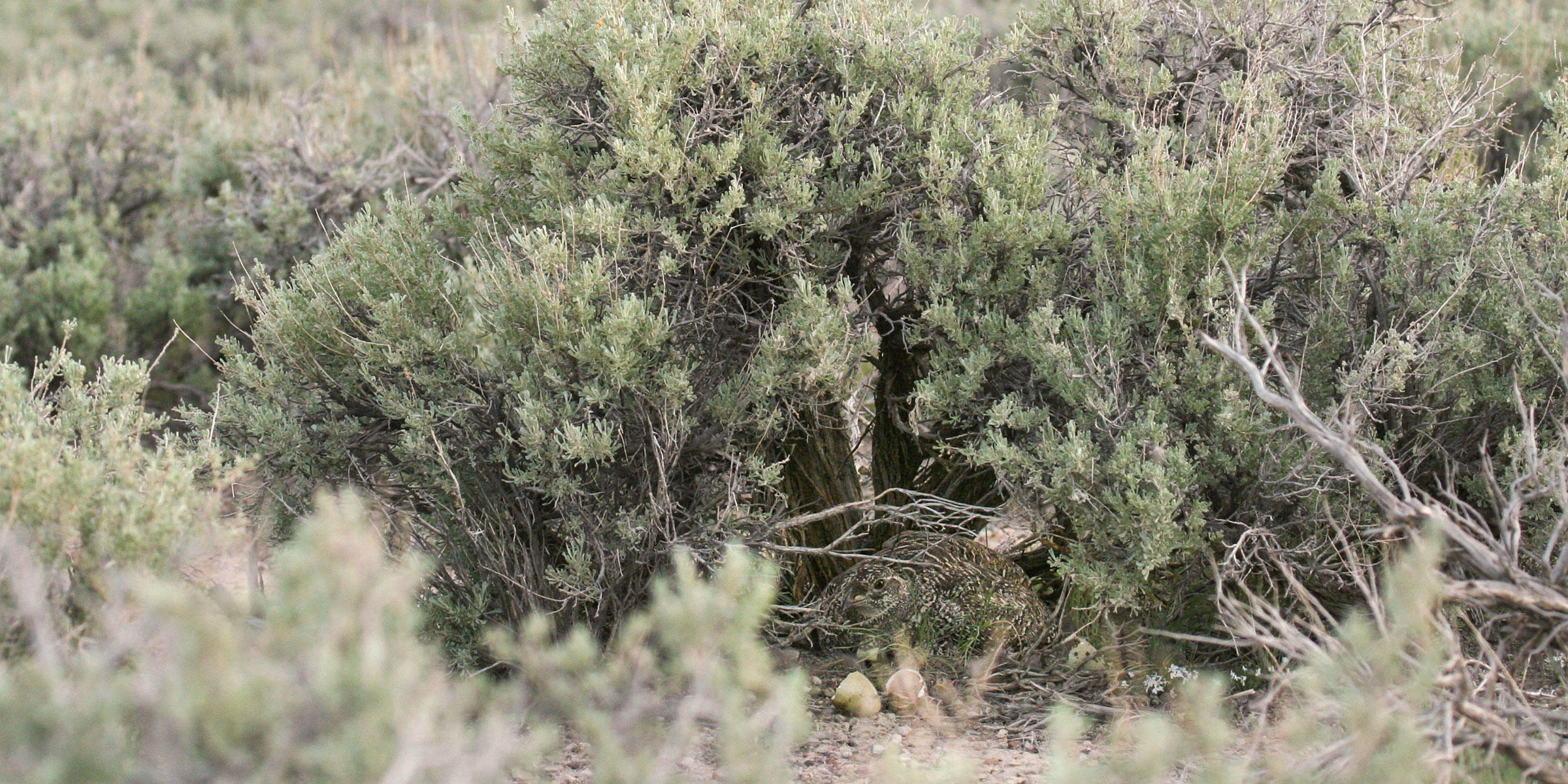 The Collaborative Effort to Save the Greater Sage-Grouse Continues

One year after it was announced that the bird would not be listed for protection under the Endangered Species Act, an update.

By now, the Greater Sage-Grouse's plight is familiar to most. Once numbering in the tens of millions across the West, its numbers have plummeted over the past century as a result of heavy industrial and agricultural development. The loss of its habitat, which includes the sagebrush the bird uses for protection from predators, was so severe that populations dropped by 50 percent between 2007 and 2013.

This mass drop-off in population made the bird a possible candidate for federal protections under the Endangered Species Act in 2010, and the possibility of its inclusion became a highly volatile issue between conservationists and various groups who were afraid that an federal protection would place heavy use-restrictions on 173 million acres of sagebrush habitat spanning 11 states. At the same time, though, there was a coordinated effort between many organizations (including Audubon), state and local governments, ranchers, and various other stakeholders, to protect the bird.

So when Secretary Interior Sally Jewell formally announced on this day last September that the Greater Sage-Grouse would not listed for federal protection, it was an important moment. It not only marked the success of a historic collaborative effort over the course of more than 10 years to protect the bird, but it also served as the government’s promise to continue to support such efforts. As part of the one-year anniversary of this announcement, we decided to check in on the progress of habitat restoration efforts and the current state of Greater Sage-Grouse populations.

Brian Rutledge, a vice president and Central Flyway policy advisor for Audubon, has been heavily involved for years with numerous state and federal efforts to protect sage-grouse habitat. According to Rutledge, progress is steady, but much work remains. “The sagebrush wasn’t healthy when we started, so we still have a long ways to go in returning the carrying capacity of the sagebrush,” he says. “Now the next step will be figuring out how to fix the damage done over the last 150 years."

To expedite the restoration process, the U.S. Forest Service's  Lucky Peak Nursery outside Boise, Idaho, has been growing more than 4.7 million sagebrush seedlings since 2015 for placement on lands managed by the Forest Service and The Bureau of Land Management, as well at the U.S. Army Yakima Training Center. According to a sage-grouse restoration progress report recently released by the Department of the Interior, the plants are being placed in government owned or managed lands across Washington, Idaho, Nevada, and Oregon. And in 2017, the South Fork Boise River Post-Fire Restoration Project will also benefit from the stock of seedlings.

Along with the government, NGOs and ranchers also remain dedicated to restoring sagebrush ecosystems. And perhaps most interestingly, inmates are even chipping in by growing sagebrush seedlings at prisons. The program, which began in 2015, is a partnership between the Sustainability in Prisons Project and Institute for Applied Ecology, both of which are based in Oregon. It has since grown to include prisons in Idaho, Montana, and Washington, where the Coyote Ridge Corrections Center is currently growing 20,000 sagebrush plants.

While the efforts to restore the birds’ habitats continue, there’s no hard data on the overall health of the current population. Sage-grouse numbers are estimated to have dipped to between 200,000 and 500,000 birds, but since the dedicated conservation efforts began, numbers are believed to be trending upward, according to Matt Holloran, chief scientist at Wildlife Management Research Support. From his own observations and research, Holloran describes the current population as “relatively robust,” and he emphasizes that current habitat efforts must continue if the bird will rebound to a sustainable level.

The Greater Sage-Grouse recently made headlines with the release of a study on chick survival rates. The study, which was published in Condor: Ornithological Applications, took place in Nevada from 2005 to 2012. During that period, researchers found that 700 of 862 chicks from 120 broods died, amounting to around one surviving chick per brood. While those numbers appear alarming, whether they actually are is less clear.

Daniel Gibson, lead author of the study, says that more research has to be done to find out if these numbers are abnormal. “The fact that 20 percent, 10 percent of chicks survive, we don’t know if that’s a good thing or a bad thing,” Gibson says. “The truth is, if they only produce one or two or three chicks that survive into adulthood, that’s maybe what sage-grouse nest systems are supposed to do, or that’s what they have evolved to do."

Or, as Rutledge puts it, “This bird has been the base of the food chain and a big part of the west for 40 million years. Everybody eats grouse."

The Greater Sage-Grouse's popularity as a menu item for many predators throughout the West is one reason it is considered an indicator species, with the health of its populations directly reflecting the health of its environment. And it's for this very reason that the continued efforts to preserve the bird and its habitat are pivotal not just for the sage-grouse, but for the overall sagebrush ecosystem.