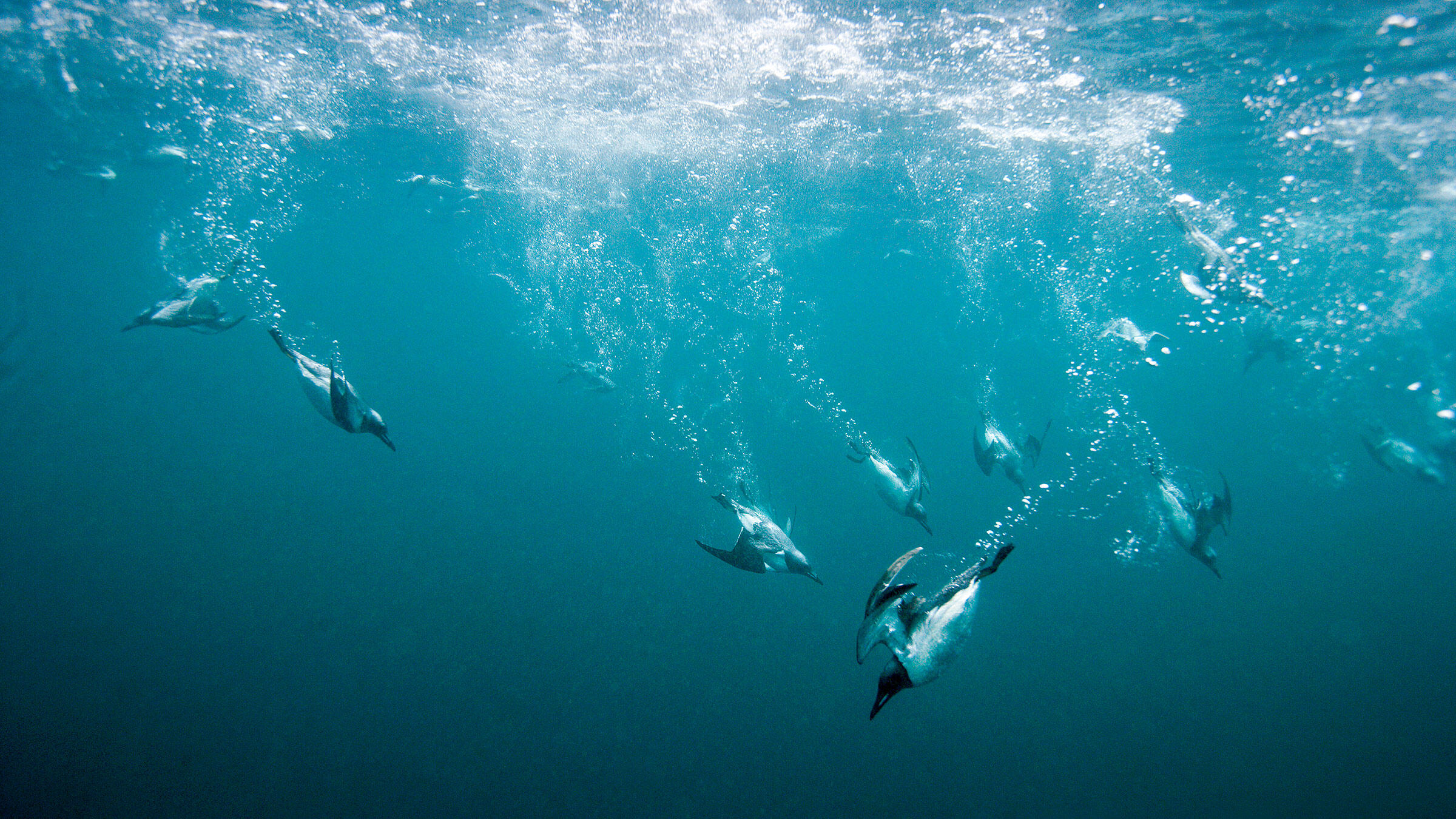 These Eleven Wildly Talented Birds Deserve Their Own Gold Medals

Michael Phelps and Simone Biles have nothing on this group of natural-born competitors.

Whether they’re speedy swimmers, agile gymnasts, or nimble fencers, Olympic athletes dedicate their lives to a single purpose: training to be the best. But even their remarkable achievements pale in comparison with the natural athletes of the animal kingdom—especially birds. With the Summer Olympics in full swing, we thought it'd be fun to see who would take gold if there were an Avian Olympics.

The Thick-billed Murre, pictured above, doesn't look particularly graceful as it crash-lands into the waves, but underwater it is a master diver. This penguin look-alike can plummet to depths of nearly 700 feet at a speed of 6.5 feet per second—and stay underwater without breathing for four minutes. What's more, it performs this feat without a diving board, propelling itself from rest at the water’s surface with its wings alone. And it has endurance to boot: The Thick-billed Murre can dive up to 20 times in a row with only brief rests in between.

It’s no contest: The Peregrine Falcon dominates diving through the air. These raptors are fierce fliers, expert hunters, and, above all, the best high-speed divers. When chasing prey, the Peregrine Falcon plunges at speeds up to 200 miles per hour to snatch up its dinner. These death dives are called “stoops” and are undeniably gold-medal-worthy.

The Gentoo Penguin makes Michael Phelps look like an underdressed party guest. This tuxedo-wearing bird may waddle about awkwardly on land, but when it hits the water it is unstoppable. These smooth aquatic masterminds can dart through the water at speeds up to 30 miles per hour—way too fast for even Phelps to keep up. At top speed, the winner of 22 Olympic gold medals (as of publication) only swims about 6 miles per hour.

Usain Bolt, the famed fastest man in the world and six-time gold medalist (so far), can run 100 meters in under 10 seconds, reaching a top speed of 27.8 miles per hour. But he’s got nothing on the Common Ostrich, which can sprint up to 43 miles per hour, using its large fan-like wings to propel and steer itself across African savannas. Common Ostriches might not be able to fly like some of their speedy avian cousins, but their powerful legs allow them to cover 10 to 16 feet in just one stride.

One Grey-headed Albatross in particular holds the avian world-record for the fastest flyer. This black-winged seabird clocked in at 79 miles per hour, a speed it maintained for more than eight hours straight. Talk about endurance! However, because its record-breaking sprint occurred during a storm, this albatross got a lift from tailwinds, says Kenn Kaufman, Audubon’s field editor—the equivalent of avian steroids.

Due to its use of performance-enhancing winds, the Grey-headed Albatross's lock on gold is debatable. Other Aerial Sprint contenders include the White-throated Needletail and the Common Swift, which have reached speeds of 105 and 70 miles per hour, respectively. The White-throated Needletail’s record-breaking speed is disputed, but Kaufman is a believer. “I’ve seen them go rocketing past hilltops in China, and it’s easy to believe they’re going 100 miles per hour,” he says.

Who needs a rifle when you have deadly talons that can crush bone? When it comes to hunting, few birds (or humans) compare to the Crowned Eagle, also known as “the leopard of the air.” While not the largest eagles in Africa, these formidable creatures are extremely powerful and can kill animals four-times their size, such as monkeys, mongooses, and even small antelopes. Their thick legs and a long back toe come in handy when breaking their victims’ spines.

True to its name, the American Dipper dips and dives through swiftly flowing rapids. While skirting across coastal or desert streams, this six-inch songbird plunges its tiny head into the water in pursuit of aquatic insects, worms, or small fish. But its real talent reveals itself when the bird vanishes beneath the rushing water for up to 15 seconds at a time, navigating the turbulent waters better than any kayak or canoe, before reappearing downstream in a feat of Olympic determination. Such activities can get a bit cold in the winter, so these songbirds have a thick coat of feathers and an extra-slow metabolism to stay warm.

Racers from Kenya and Ethiopia have dominated long-distance running at the Summer Olympics since the late 1980s. However, one little seabird that splits its time between the United Kingdom, South Africa, the Indian Ocean, and Antarctica is the ultimate flying marathoner. Over the past year, an Arctic Tern covered almost 60,000 miles during its round-trip migration, breaking the previous record by several thousand miles. The 26.2-mile Olympic marathon doesn’t seem so impressive now, does it?

But let’s not forget about the Bar-tailed Godwit, which takes the silver medal in this event. “It doesn’t fly as far as the Arctic Tern,” Kaufman says. “But in fall it can make a nonstop eight-day flight from Alaska to New Zealand, which isn’t bad.”

A leg-kick here, a flick of the wrist there, and jazz fingers throughout: Synchronized swimming is all about dazzle and coordination. Taking this flashy sport to the sky, European Starlings are fierce competitors when it comes to veering, rolling, and gliding as one. These stocky passerine birds team up by the thousands, flying just inches apart and covering the sky in an undulating black mass. While they certainly put on an Olympic-worthy show, there are practical reasons for this behavior: Starlings stick so closely together to increase their chances of finding food and detecting predators.

Javier Sotomayor may hold the current world record in the high jump at eight feet, but the Emu is not far behind. The second tallest bird in the world, the Emu is a natural-born runner and can reach speeds up to 30 miles per hour. Where the Emu really shines is jumping: It can spring seven feet into the air to grab leaves from low-hanging trees. Its secret is its powerful legs; Emus are the only birds with calf muscles.

Even though our final contenders appear delicate and cute, Rufous Hummingbirds can be quite aggressive when nectar is involved. They use their slender bills like Olympic fencers, jabbing and stabbing each other in quick movements. Compared to most hummingbirds, they are especially hostile and will eagerly attack heavyweight hummingbirds that dare approach their flowers and feeders. Though they don't always win, their grit is admirabe.

Another contender in this category is the Galapagos Albatross, which performs an elaborate courtship ritual that looks like a bizarre sword-fighting competition. The love-struck duo will bob their heads, bow their bills, and rapidly whack and clack their beaks together. Unfortunately for the albatross, fencing requires more than just parrying, so it must compete elsewhere if it wants to take home any hardware.