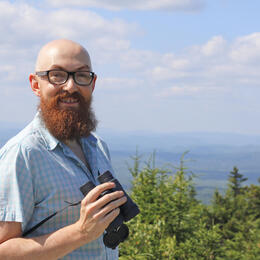 In the fall of 2019, Kathleen Sweeney and her art students at Brattleboro Union High School in southeastern Vermont watched a presentation centered on climate change and birds. Drawing upon elements of Audubon's Survival By Degrees: 389 Bird Species on the Brink study, which detailed how hundreds of North American bird species could go extinct this century if climate change continues unabated, the presentation highlighted the threat facing many New England birds the students have come to know and love. One example that hit particularly close to home was that of the Common Loon, an iconic species for this region, and one expected to lose a majority of its summer habitat in New England in a 3-degree warming scenario.

"It honestly terrifies and infuriates me." These are the words of Ada Melton-Houghton, one of Sweeney’s students. "Our generation has grown accustomed to the stress of climate change." Like many of her peers, Melton-Houghton is concerned about the developing climate crisis and the impact it will have on humans and wildlife alike.

At Brattleboro Union, faculty and staff have recognized the indignation and despair among students as it relates to climate change. "Some of our kids are angry," says Principal Steve Perrin. "As the climate crisis has increased, and our knowledge has increased, our children are more alarmed."

Sweeney echoed Perrin’s comments. "We're seeing students are now coming to school depressed over the idea of climate change and its impact on their future."

However, all hope is not lost at the school. Students are gaining the confidence to express their concerns and frustrations, and the faculty and staff are noticing, finding unique ways to channel their student's energy.

In that spirit, Sweeney had each of her drawing class students choose a specific species of climate-vulnerable bird, along with a particular threat facing that species as the climate changes. The idea was to use art to advocate for birds and the environment. "You are the bird's voice through activism!" Sweeney cheered at her students.

Each student produced a colored pencil drawing, focusing on all the standards of art— depth, scale, and a light source. However, the subject was to their discretion. The only requirement was to provide a clear message in the composition that advocates for birds. Motifs ranged from climate-related issues to other threats that birds face, including plastic pollution, window collisions, and habitat loss.

Many students drew upon the influence of other artists, including Melton-Houghton's piece. Depicting a human figure made of ice, melting as the result of climate change, it draws heavily upon the work of Jenny Kendler's "Birds Watching." The message is clear; birds are watching our actions and us. 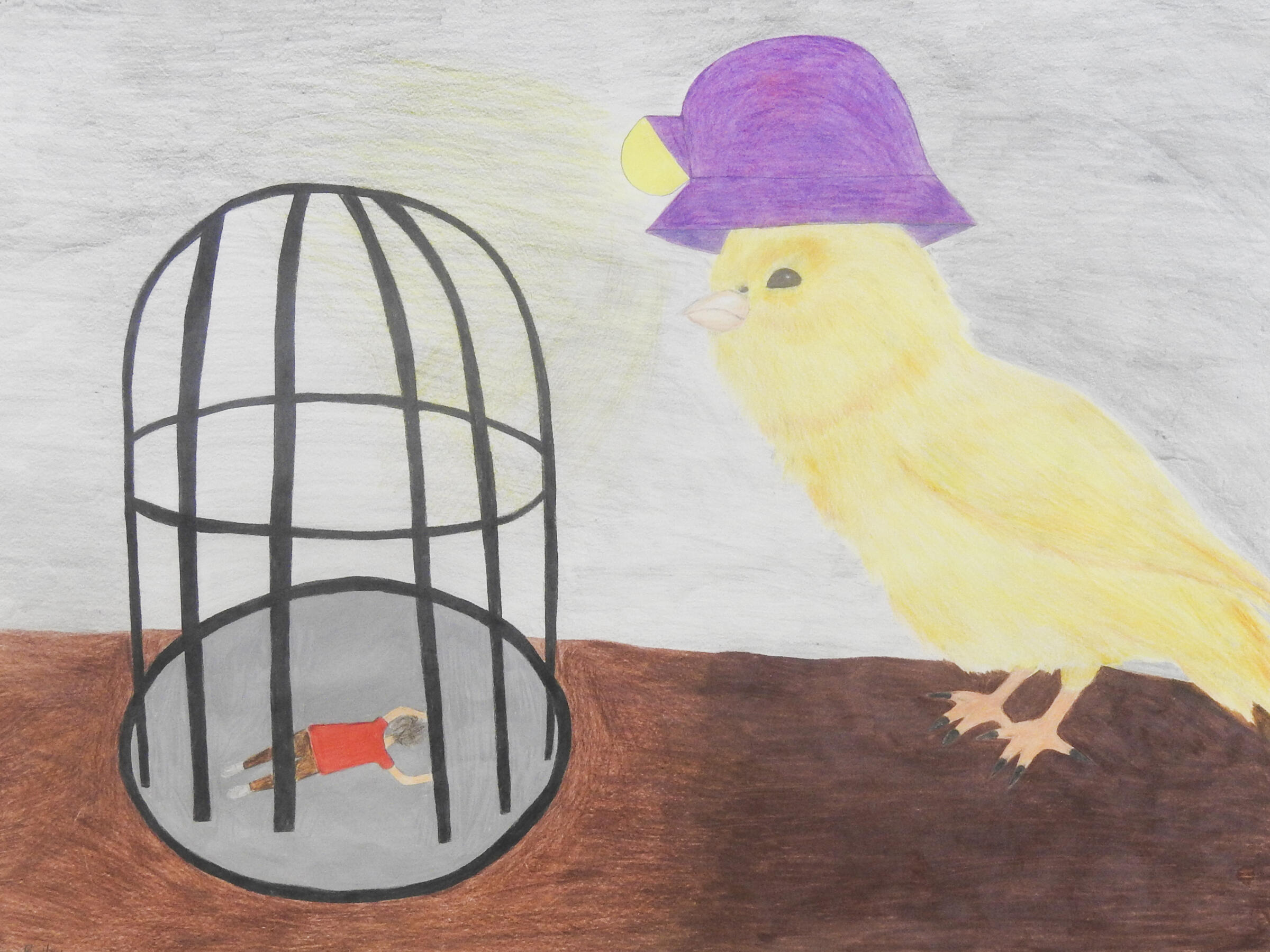 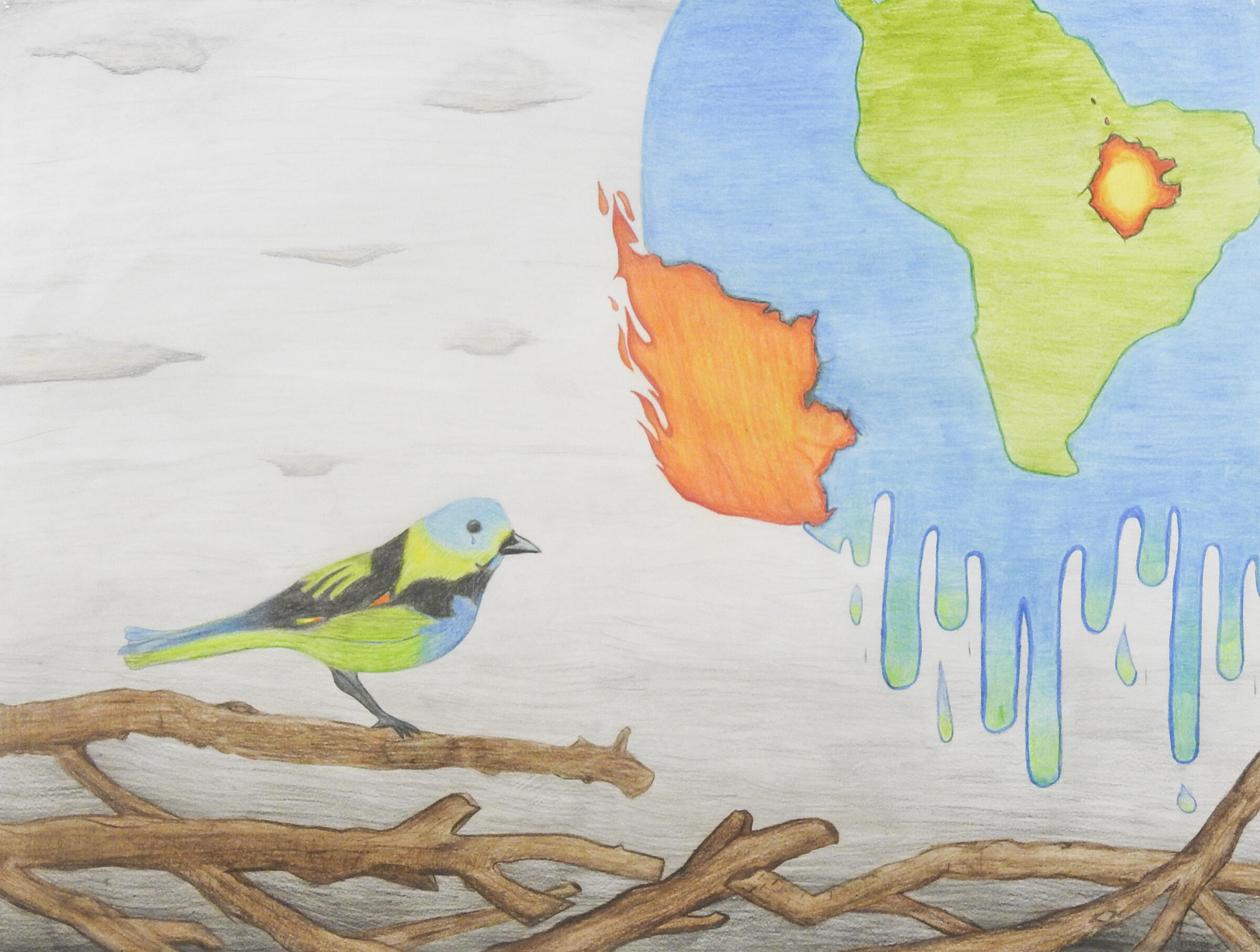 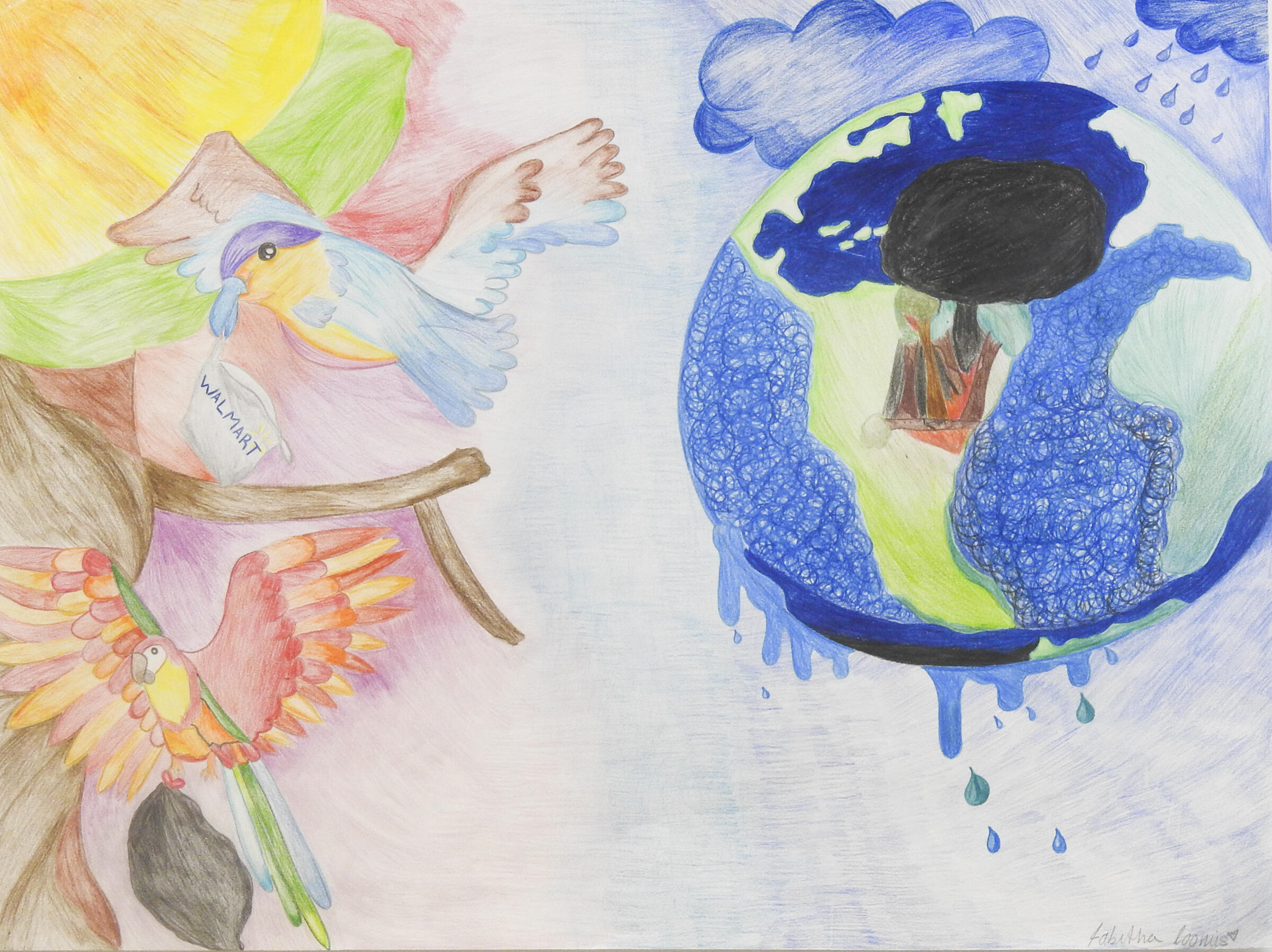 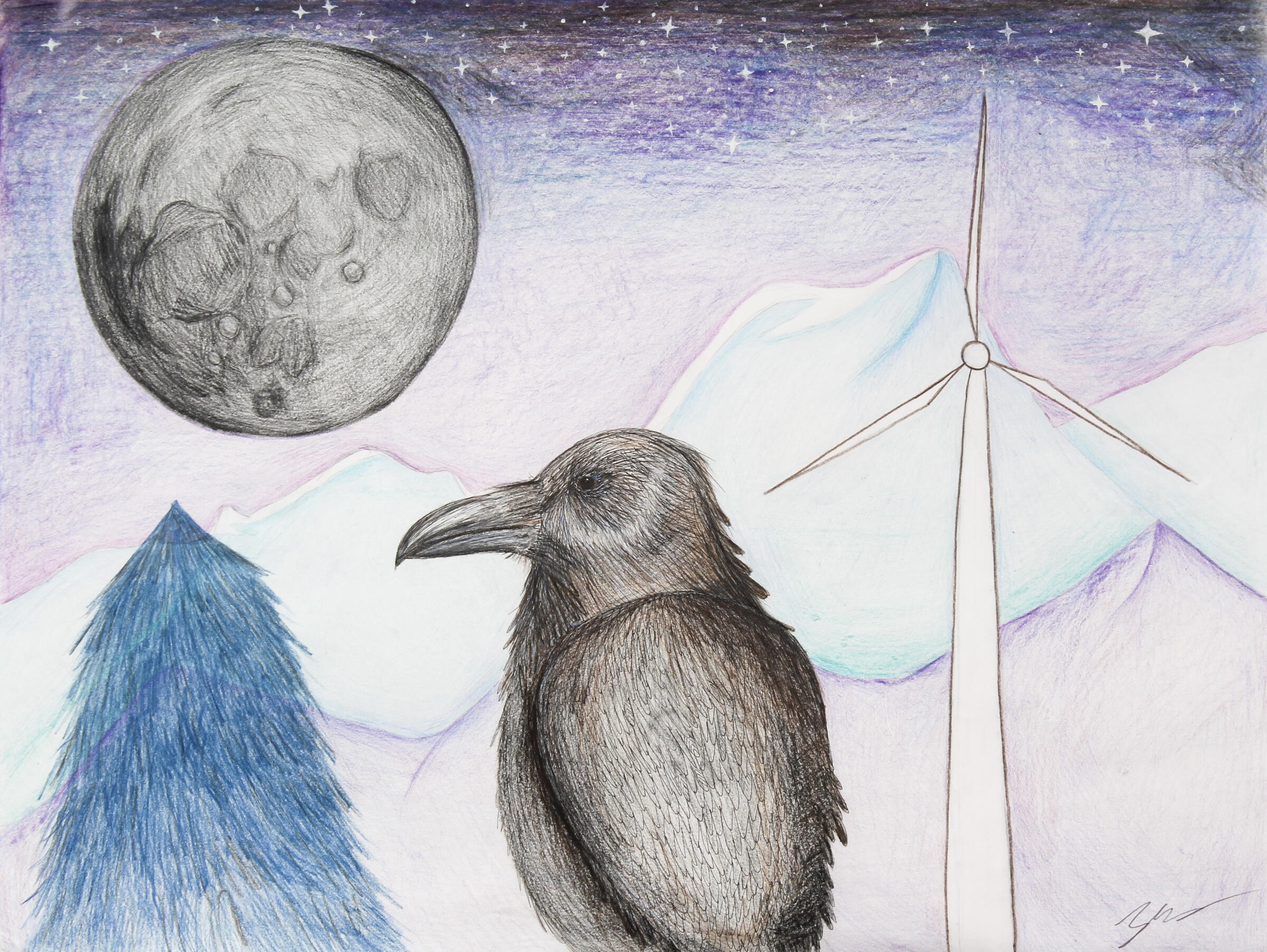 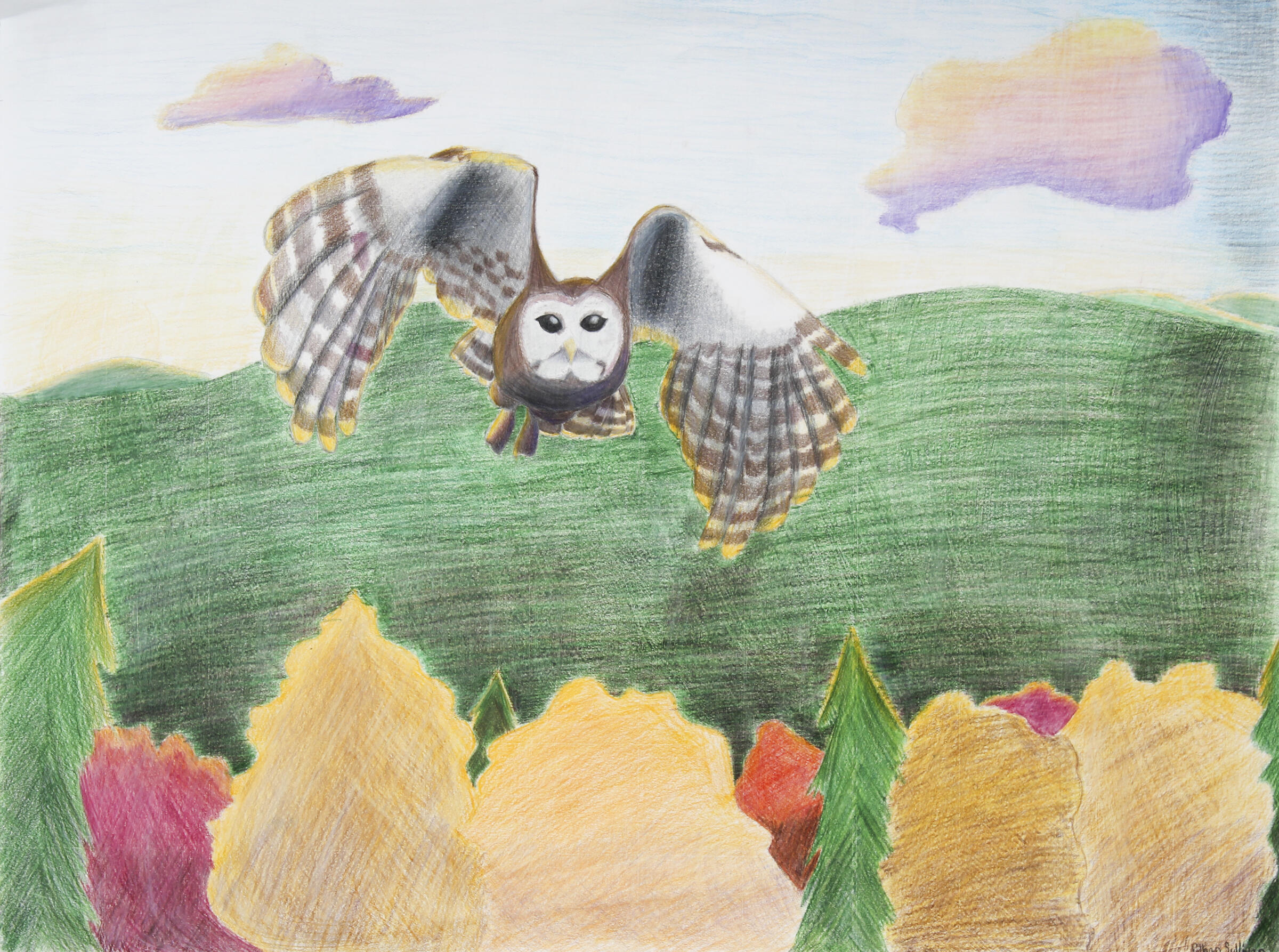 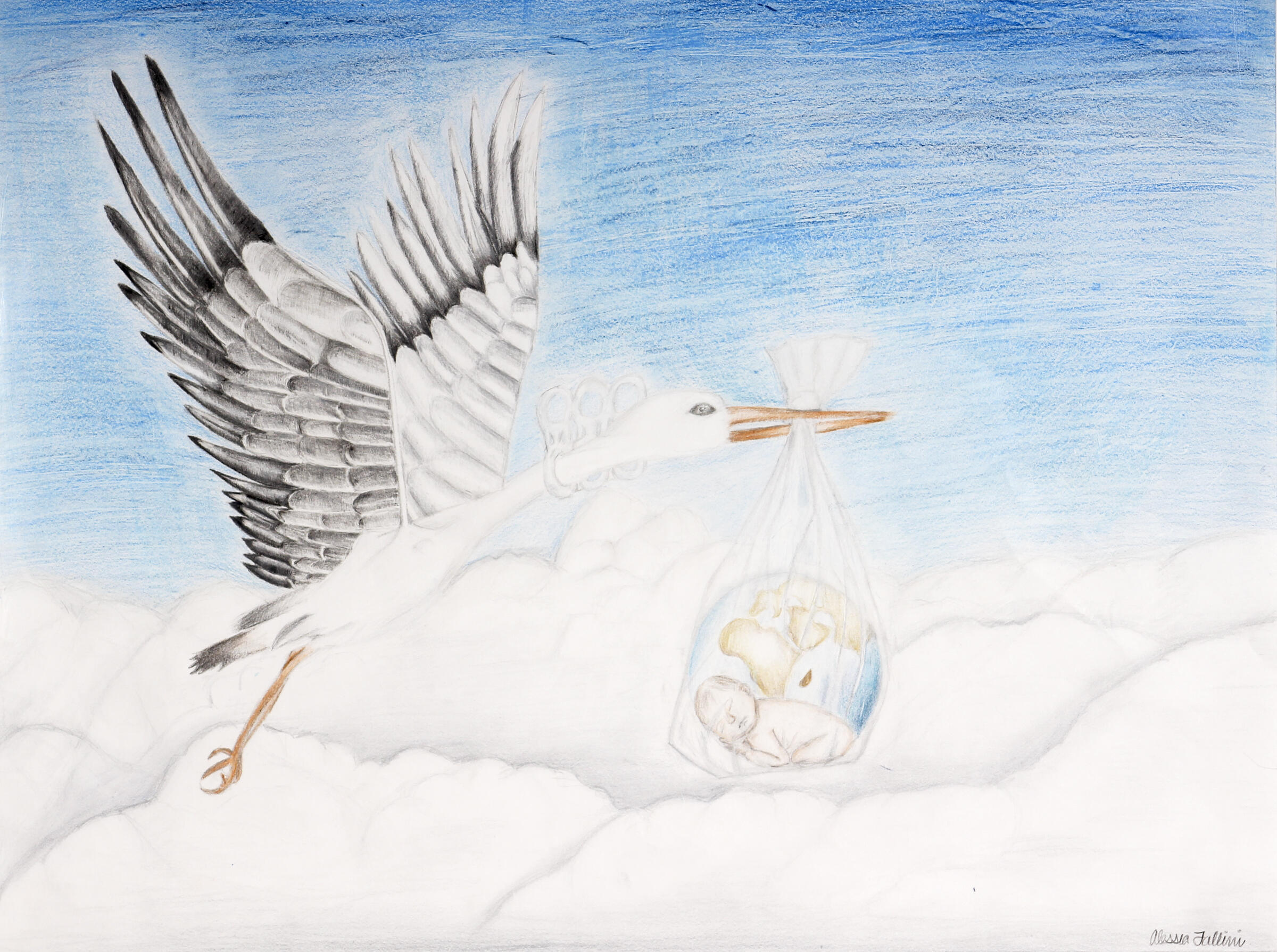 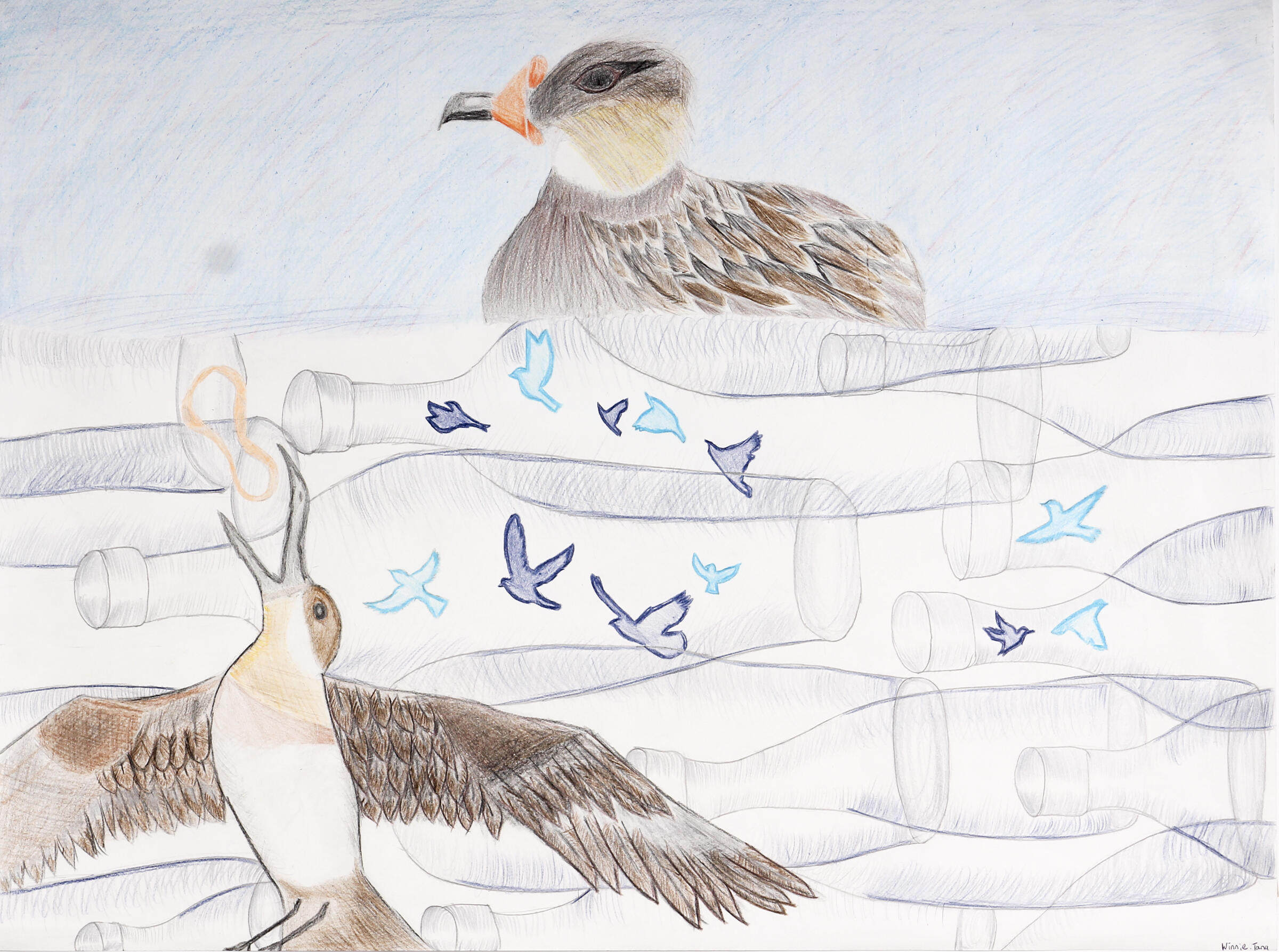 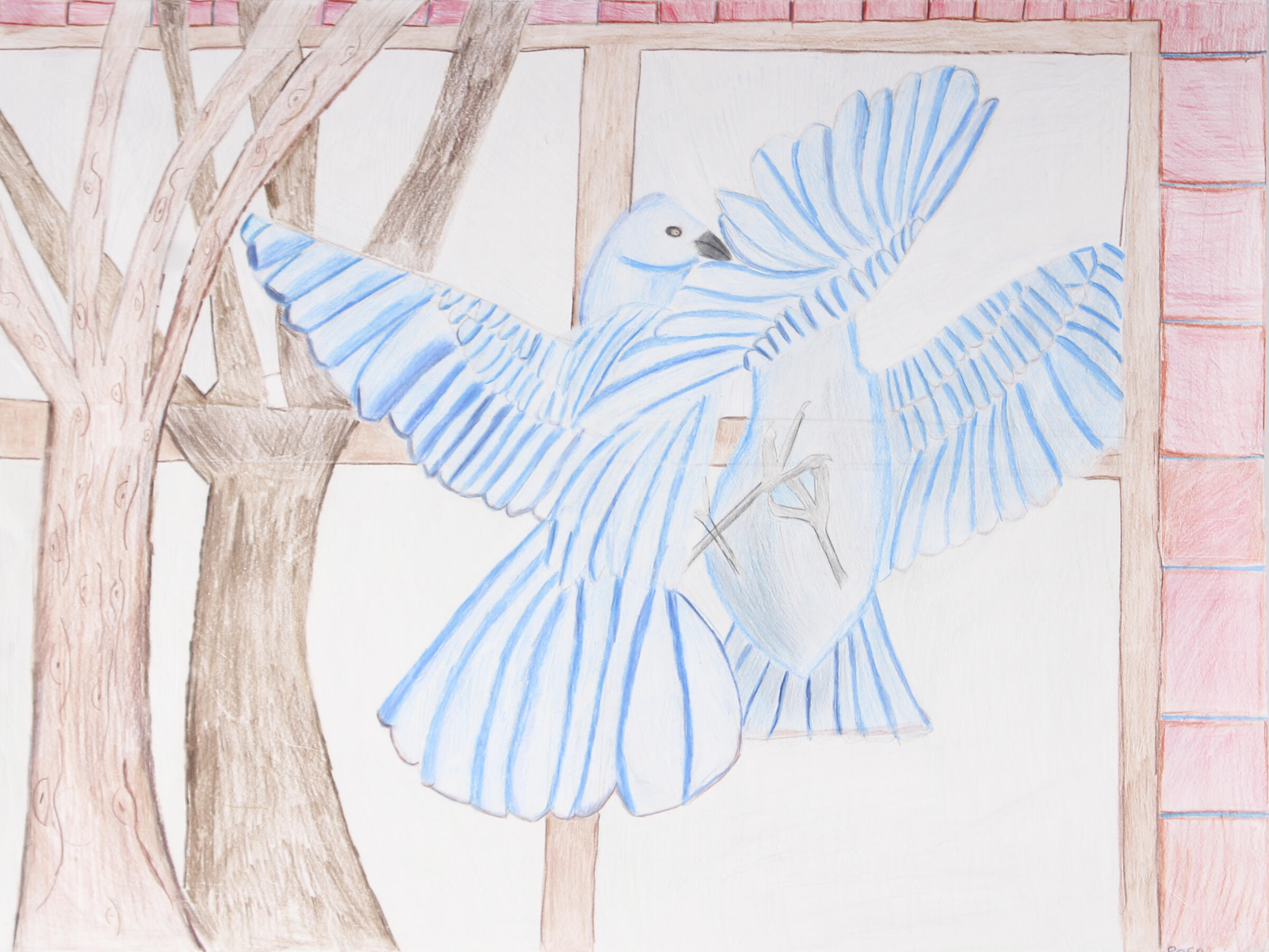 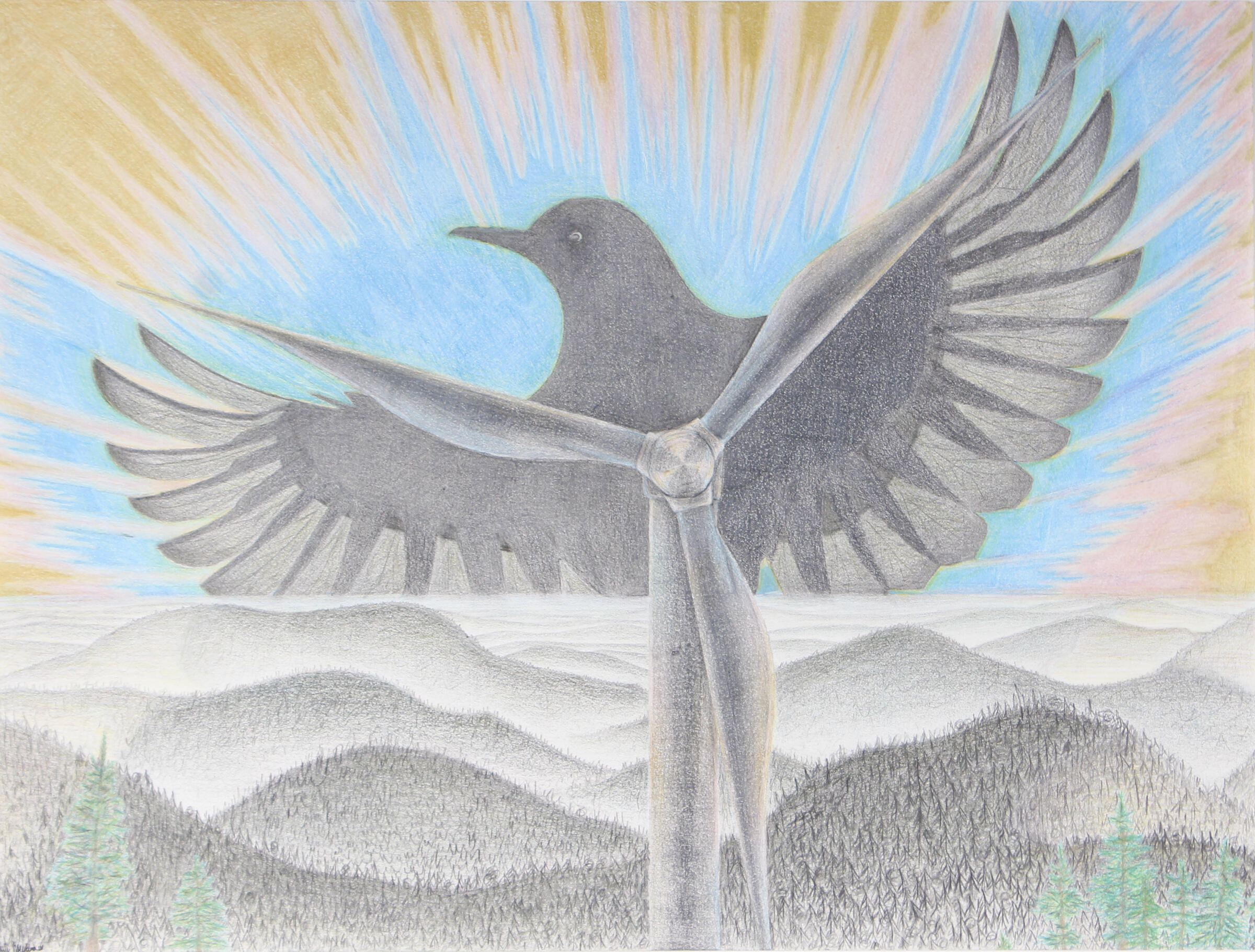 Swipe to view the complete gallery of illustrations above. Illustrations by students from Brattleboro Union High School

Students had varying reasons for picking their feathered subjects. "I wanted to convey how the human search for energy disrupts the lives of birds," says Sylvie Normandeau. Her piece depicting a Rusty Blackbird, one of North America's most rapidly declining species, set behind a large wind turbine, suggesting the students are aware of the complexity of the climate crisis and our attempts to solve it through efforts such as clean energy. They know that even renewable energy needs to be appropriately cited and enforced. Another student Winnie Tang depicted a pair of Parasitic Jaegers floating in a literal sea of plastic bottles.

These messages resonate with Perrin as he reflects on his contributions to the current crisis, "A lot of our older staff feel responsibility, maybe even shame, that our generation has created this. For years we used plastic bottles and packaging with impunity, without even thinking about it."

Many Brattleboro Union students expect at least this level of self-awareness from adults in their community and lawmakers in office. "I don't think adults can imagine the relief I would feel if we stopped [climate change]," says Melton-Houghton. Their desire to address climate change is as selfish as it is selfless. "Birds are beautiful and important, and we should be doing our best to protect them. It is a shame that those with more power and responsibility in their hands refuse to use it or even acknowledge the problems that are very real for many others and me," says Normandeau.

When asked why it is essential that we protect birds from climate change and other anthropogenic threats, the conversation ranged from the scientific to the altruistic. "Birds are environmental indicators that can help us better understand the world we live in," says Normandeau. "They are important members of ecosystems globally, and additionally, are beautiful creatures that deserve protection." Candidly, Melton-Houghton added, "It should go without saying that wildlife should be protected, regardless of its worth to us."

Nevertheless, the value of birds and wildlife runs deep within our psyche, even in our youth. Cullen O'Hern, who depicted a Blue Jay in a pristine coniferous forest for his art piece, adds, "It'd be a shame if when I woke up in the spring, the air was quiet. Birds add a certain ambiance and beauty to the forests of Vermont."

Before the exercise, many of Sweeney's students were aware of the power of art in bringing about change. For birds, there might be no better example of this than the Audubon Mural Project, bringing the connection between birds and climate change to the streets of Harlem in New York. It is this type of awareness that is being encouraged at the high school, starting from the top down with Perrin, who suggested that climate action serves as its own form of social justice.

At the end of this lesson, Sweeney and others within the art department guided the students in printing and selling their art. All proceeds were donated to the Audubon's Climate Initiative. The students of Brattleboro Union High School are taking climate change and its impact on humans, birds, and other wildlife seriously. "We've made the planet our responsibility," says Melton-Houghton. "Now, we have to be responsible."

For the rest of us, we would be well advised to do the same.