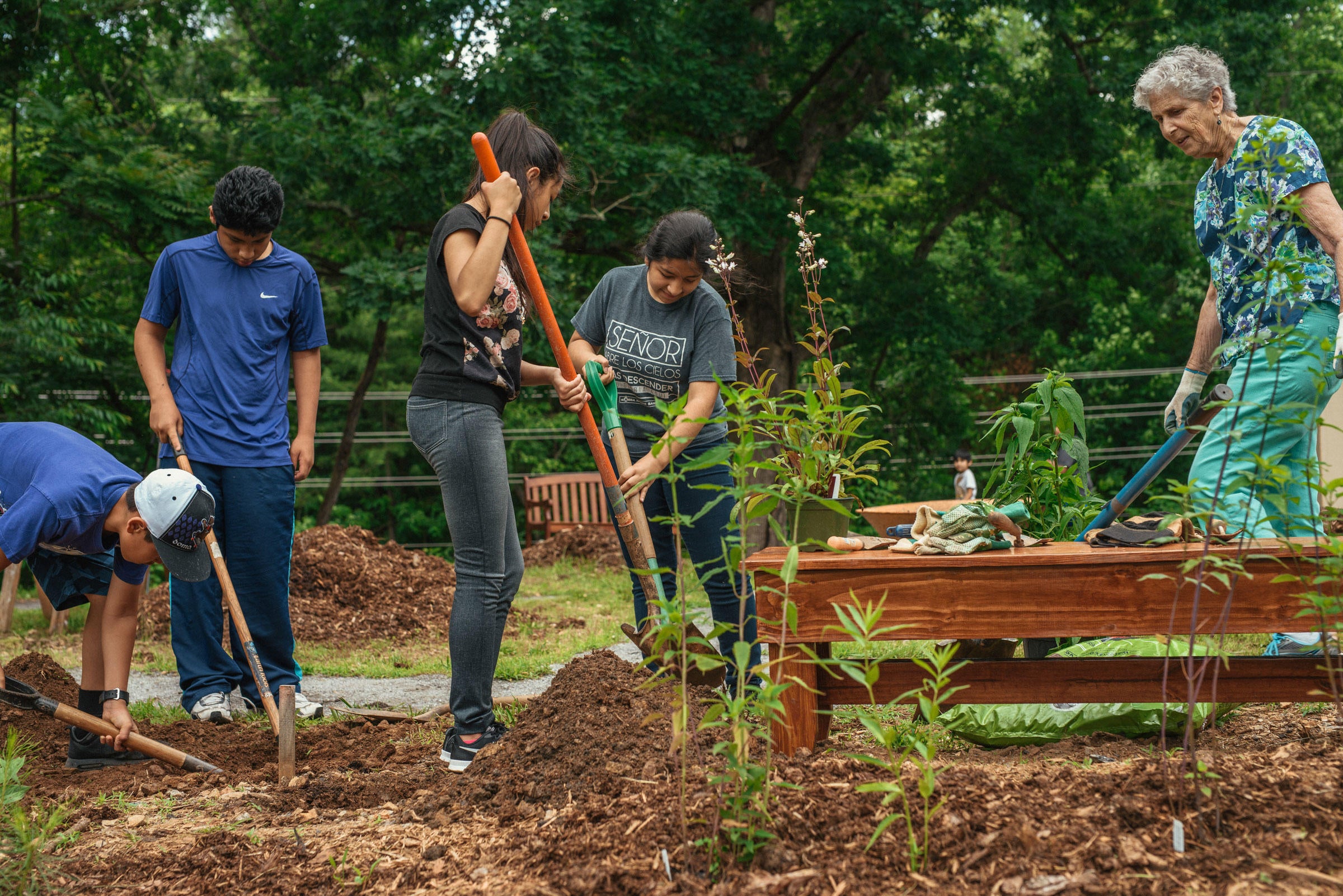 Highlights and Wins from 2018

In 2018, Audubon worked tirelessly to safeguard birds. Here's a look at our biggest successes over the past year.

In many ways 2018 was a challenging year for birds, but despite that we have a lot to celebrate. Decision-makers heard from you more than 667,500 times! Together we helped protect birds and the places they need while making progress on Audubon’s five core conservation priorities: Coasts, Working Lands, Water, Bird-Friendly Communities, and Climate. Here is a short list of some of the most important ways we worked together to protect birds this year.

Audubon has led the charge to defend America’s most important and successful bird-protection law—the Migratory Bird Treaty Act. The MBTA, which was signed into law in 1918, has sparked a century of conservation action and has led to decades of successful partnerships with industry. Under the Administration’s new interpretation of the law, the MBTA’s protections apply only to activities that purposefully kill birds, giving industries a free pass for bird deaths, including those from major oil spills. Any “incidental” deaths—no matter how preventable, avoidable, or devastating the impact on birds—becomes immune from enforcement. This radical, irresponsible interpretation has been disavowed by 17 former Department of the Interior officials from both Republican and Democratic administrations, 500 organizations from all 50 states, and dozens of members of Congress in both the House and the Senate. In response, Audubon and a number of partners in conservation filed National Audubon Society v. Department of the Interior, a federal lawsuit defending the MBTA; eight states recently filed suit as well.

More than 50,000 Audubon members took action to tell Congress and Secretary of the Interior Ryan Zinke to protect birds. Audubon members also helped to pass at least 52 Year of the Bird proclamations at the state and local level all across the country.

2. Acted Locally to Save Birds

Being local everywhere means we can protect birds everywhere.

Audubon Louisiana Grounded Airport Plans
The plan to build a commercial airport on critically important bird habitat along the Louisiana coast hit some unexpected turbulence after Audubon Louisiana opposed the proposal and sounded the alarm with Audubon members across the state. After further review and consideration, Louisiana wisely rescinded the proposal. Of the 170 bird species reliant on Elmer’s Island, the proposed site of the airport, 40 are of conservation concern. The state’s decision is also good for the people of the Grand Isle community, as Elmer’s Island is part of the Caminada Headland Beach and Dune Restoration project, a $216 million, 1,000-acre restoration project—the largest such project in the state’s history and one that Audubon Louisiana staff advocated for as critical bird habitat and storm protection for communities.

Community Scientists Helped Protect Tricolored Blackbirds
Audubon continued its decade-long effort on behalf of this rare bird by partnering with farmers and government agencies to save 109,000 birds at 11 at-risk nesting colonies. More than 5,500 advocates submitted letters in support of a state-endangered species listing, bolstering our successful lobbying effort with the California State Fish and Wildlife Commission. After Audubon members and chapters participated in a triennial spring survey, Audubon scientists conducted a statistical analysis showing a population decline of more than 30 percent over the past decade. These and other findings provide evidence for a proposed listing under the federal Endangered Species Act. If the federal listing goes through, it will bring new protections for the Tricolored Blackbird—and further proof that the Audubon network provides a path for anyone to be part of a big win for a bird on the brink.

Chimney Swifts Got a New Home in Piedmont Park
Atlanta’s premiere park got a (chimney) swift makeover this year. The 24-foot-tall tower surrounded by native plants at Piedmont Park will hopefully coax a small population of Chimney Swifts to return to the area each spring and reverse the bird’s population decline. Lillie Kline, habitat conservation program coordinator at Atlanta Audubon, led a team that added 27 species of insect- and bird-friendly plants from the Georgia piedmont ecoregion around the tower—a combination that should contribute to the species’ conservation on a continental scale.

Birmingham Audubon Saved Least Tern Eggs From Careless Beachgoers
Heroes from Birmingham Audubon’s coastal program wasted no time when they heard of beachgoers destroying hundreds of Least Tern eggs on a barrier island. Audubon scientists investigated and found a huge Least Tern colony of nearly 600 nests—and also evidence that humans had plundered the nests for eggs and piled them to overheat in the sun. Birmingham Audubon quickly protected the remaining nests and notified the U.S. Fish and Wildlife Service of the vandalism. Because the bird is federally protected under the Migratory Bird Treaty Act, the agency and the Department of Justice have since opened an investigation. Although the tern colony took a serious hit, the birds still managed to fledge 83 chicks this year.

Our warming planet is the biggest threat facing birds and people, and Audubon is firmly committed to finding bipartisan climate solutions. Last summer, for the first time in a decade, a Republican-led carbon-tax bill was introduced in Congress. While the bill wasn’t perfect, beginning the conversation was critical: Putting a price on carbon is a proven way to reduce carbon pollution in our atmosphere. This fall another bipartisan carbon-pricing bill was introduced. Over 2,000 of you said that you wanted Congress to prioritize climate solutions, and when the 116th session of Congress begins in January, Audubon will be there too, advocating with our members across the country.

4. Secured Water for Birds and People

Water sustainability and a secure water future for birds and people is one of Audubon’s core priorities. To support that, we advanced several key water protections this year. Working from West to East:

California Allocates $4 Billion Dollars for Water and Climate Work
This past summer, voters in California approved Proposition 68, a $4 billion bond measure that will fund programs for safe parks, clean water, natural resources, climate change preparedness, and relief for the Salton Sea. Audubon California was part of a broad coalition of organizations working closely with lawmakers during the 2017 legislative session to put Prop. 68 on the ballot. For the roughly one million people living around the Salton Sea and the birds of the Pacific Flyway, such as the Eared Grebe, Black-necked Stilt, and American White Pelican, this is a major win: The bond measure includes $200 million for vitally important dust mitigation and habitat restoration at the Salton Sea. In 2019 Audubon will urge incoming Governor Newsom to make the Salton Sea a priority.

Audubon Helped Push Drought Planning in the West
Significant progress has been made among seven states that share Colorado River water. Arizona, Nevada, California, Colorado, New Mexico, Utah, and Wyoming—as well as Mexico (by a previous agreement, Minute 323)—would reduce water use to keep more water in the reservoirs and reduce the risk of catastrophic shortages. Doing nothing about the Colorado River’s decline is too risky for people and birds. A drought agreement, if approved in early 2019, will benefit birds like the Western Yellow-billed Cuckoo, Southwestern Willow Flycatcher, Yellow Warbler, and Yuma Ridgway’s Rail. The Western Rivers Action Network—Audubon’s diverse coalition of more than 65,000 birders, hunters, anglers, and business leaders (including brewers)—were critical to advancing the issue.

Lawmakers Approve Reservoir to Restore Everglades' Water
After a summer of water crises in Florida, Audubon secured one of the most important wins for America's Everglades in a decade with the approval of the Everglades Agricultural Area Reservoir project. Thousands of Audubon advocates wrote lawmakers to support this critically needed restoration project, advancing it through both state and federal hurdles at record speed. An ecological treasure, the Everglades is home to 70 threatened and endangered species and more than 300 native bird species. Its restoration will be the largest ecosystem conservation effort in the world.

This year, after Audubon’s advocacy, Congress protected an additional 17,000 coastal acres in storm-prone states, including North and South Carolina, Delaware, and Florida. Hurricanes teach hard lessons and more cement isn’t the answer. The bill amends the 1982 Coastal Barrier Resources Act, which removes federal support for risky development, saving taxpayers billions of dollars. Natural shorelines buffer the impact of storms for neighboring communities and provides important habitat for birds like the Red Knot, American Oystercatcher, and Piping Plover. In key states over 1200 of you helped propel this victory for birds.

Audubon’s newest nature center, The Discovery Center, opened earlier this year in the Strawberry Mansion neighborhood of Philadelphia. The center is a partnership with Outward Bound and sits on a storied Philadelphia landmark that is also a critical habitat for more than 150 migratory and resident bird species. The nature-focused educational facility will develop diverse programing opportunities in response to community needs and interests. These will include more traditional Audubon offerings, such as nature and bird walks, and also yoga, cooking, art and other activities designed in partnership with community leaders to introduce residents to Audubon in new ways.

Audubon's 41 centers welcome one million people each year and serve many of the nation’s largest metropolitan areas, from Los Angeles and Dallas to Seattle, connecting people to many of America’s most treasured ecosystems, including the Everglades, the Platte River, and San Francisco Bay. It is the largest nonprofit network of nature conservation and education centers in the United States and they hold enormous potential to create educational, recreational, and professional opportunities for young people and develop a new generation of conservation leaders. To support that mission, Audubon Board Chair Maggie Walker recently invested $5 million.

In 2018, Audubon’s Coleman and Susan Burke Center for Native Plants planted, sold, and donated 78,300 native plants, directly reached 85,200 people, and engaged over 300 community partners. Year to date 89,000 people have found native plants for their gardens or balcony box using Audubon’s Plants for Birds guide. Just type in your zip code to get a list of plants for your area. Planting native plants is an easy thing we can all do to help provide support for birds along their migration journey or for resident birds who are trying to adapt to our warming planet. Audubon chapters across the country are leading innovative native plant programs with local partners such as:

Black River Audubon Society in Elyria Ohio, which transformed a formerly blighted riverside site into a park that supports birds and provides welcome green space to the community, with their input and involvement.

Southwest New Mexico Audubon Society provided hundreds of native plants to community members at a municipal event in Silver City, New Mexico, as part of their B3 initiative (birds, bees and butterflies).

With Audubon’s advocacy, conservation funding in the 2018 Farm Bill overall held steady and support for wildlife habitat doubled. This funding will enable Audubon to continue its work with dairy farmers in California to save Tricolored Blackbirds (see #2 above) and will assist farmers in Audubon’s Conservation Ranching Program who are adopting grazing practices that are bird-friendly.