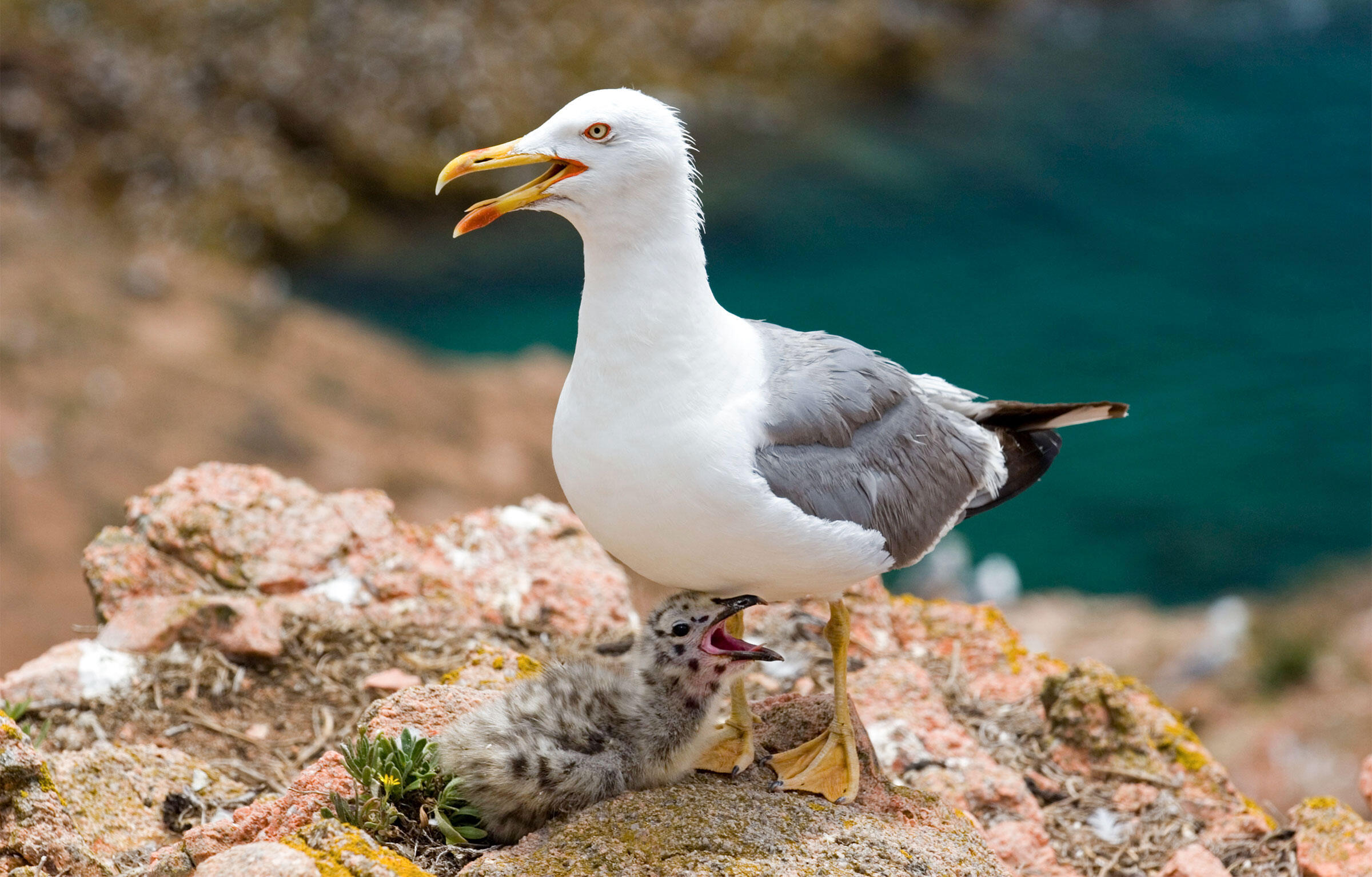 How Expecting Mother Birds Can Prepare Chicks for a Risky World

We’ve long assumed that stress is bad. But new research shows that it has some unexpected upsides, too. 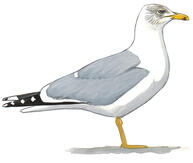 There’s not much female birds won’t do to protect their young. Take the hornbill that routinely seals herself into a mud-and-poop fortress with her clutch, or the Killdeer that feigns a broken wing to distract predators. Yellow-legged Gulls, however, take an especially proactive approach: These seabirds equip their chicks to defend themselves against predators—before they even emerge from the egg.

That’s what Judith Morales-Fernaz discovered on Sálvora Island, off the coast of Spain, as she sought refuge from the sharp claws of angry gulls at the local lighthouse. “They start diving at you like missiles!” the evolutionary ecologist says. Morales-Fernaz, who works for the Spanish National Research Council, camped with her research team on Sálvora in 2017 to study whether mother gulls use “maternal programming,” a way to prepare offspring for living in a stressful environment.

Just before the egg-laying season, Morales-Fernaz and her team exposed some of the island’s gulls to decoys of minks, which are notorious predators on Sálvora, and others to stuffed versions of non-threatening rabbits. The mink-exposed gulls performed a clear defensive response, she says, “with like 50 birds flying around the model and even trying to attack it.” When chicks from both groups hatched weeks later, researchers played a recording of an adult alarm call. Of 118 young, those with mothers that had encountered the fake minks crouched three seconds faster than chicks whose mothers had lived peacefully with stuffed rabbits. “The faster they do this, the higher their possibilities of survival,” Morales-Fernaz says. The chicks with the quicker reflexes also laid down longer when placed on their backs—a classic predator-avoidance technique.

Intriguingly, only birds from the second egg laid in the clutch had the intuition to crouch fast and lay low.

But intriguingly, only birds from the second egg laid in the clutch had the intuition to crouch fast and lay low. Morales-Fernaz thinks that by the time they produced the second egg, mother gulls had more experience with predators—and thus higher levels of corticosterone, a kind of glucocorticoid stress hormone. While her study didn’t measure the hormone, which leaves a telltale presence in eggshells, there’s a vast body of evidence from across the animal kingdom—including from humans—showing a surge in glucocorticoid levels during stressful experiences. And that stress can be channeled to unborn babies.

"There’s a direct link between the mother, her environment, and what she transfers [to her offspring],” says Oliver Love, an environmental and evolutionary physiologist at the University of Windsor in Canada. He’s seen the impacts firsthand in a number of avian and aquatic species. “Mothers who have a hard time before they lay will transfer more hormones,” he says.

While experts have long known that an excess of corticosterone leads to low birth weights and stunted growth, scientists are finding that the hormone can have an upside as well. For instance, in 2011, researchers at the University of Bern in Switzerland found that exposing female Great Tits to models of predatory Eurasian Sparrowhawks resulted in lighter chicks with bigger wings. Those chicks might be able to take off and escape faster, the team theorized. Similarly, Love noticed that injecting corticosterone into European Starling embryos led to chicks with stronger wing muscles. The doped-up young got the best marks in follow-up flight tests. But Morales-Fernaz’s study of Yellow-legged Gulls is the first proof of mother birds guiding anti-predator behavior (as opposed to anatomical traits) of chicks from the egg stage.

Seeing the subtle power of these maternal signals prompts new questions as well—such as whether mothers might be able to prime offspring to cope with climate change. Warming oceans mean many seabirds already have to fly farther to find fish, and the quality of nesting habitats has declined. If stress cues can help babies react swiftly to a multitude of changes, they may better adapt to the ravages of an unpredictable environment. The more flexible chicks are, the better they may be able to keep up with the rate of climate change, Love says. “That’s a hopeful thing to think about it.”

Hello. Audubon is a nonprofit, and stories like this are made possible by readers like you. To support our work, please make a donation today.