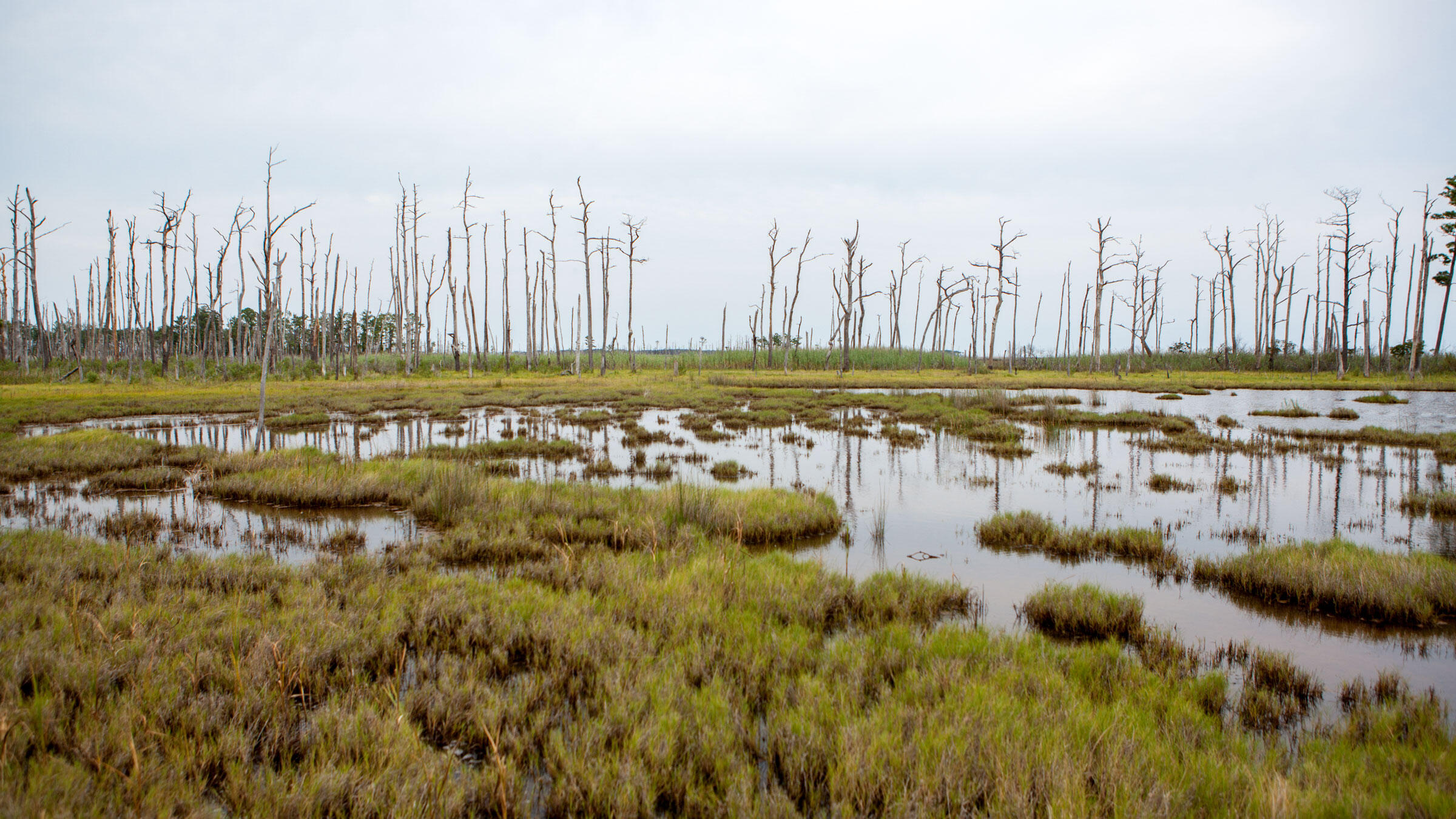 The report, which paints a dire picture of the planetary changes caused by warming temperatures, is awaiting official White House approval. But scientists worry its findings will be downplayed or suppressed.

The White House has found itself in yet another tough spot: Will the president and cabinet officials approve a report that contradicts their own public statements about climate change, or face backlash for suppressing the report and its inconvenient conclusions? Either way, they only have until August 18 to make a decision, and a sudden frenzy of news coverage this week has increased pressure as the deadline looms.

As originally reported by The New York Times on Monday, the draft report from scientists at 13 federal agencies shows severe warming in recent years, projects continued, significant temperature increases, and says human activity is chiefly to blame. According to the Times, scientists involved in the study are concerned that the Trump administration will hide or downplay the findings of the report, which was publicly available during its review period in December but received little press coverage until now.

Trump infamously called climate change a Chinese hoax during his campaign for the White House, has since moved to undo domestic climate policies, and has pulled the United States out of the Paris climate accord signed by nearly 200 countries in 2015. He also made Scott Pruitt the administrator of the Environmental Protection Agency. Pruitt, who is a known climate change denier, would need to approve the report before it went public. Pruitt has spent much of his time in office weakening the EPA's climate change research, and as the Times notes, in March, he said that carbon dioxide is not a “primary contributor” to global warming.

The draft report thoroughly undermines the Trump administration’s climate change claims and policies. “Evidence for a changing climate abounds, from the top of the atmosphere to the depths of the oceans,” it says. “Many lines of evidence demonstrate that human activities, especially emissions of greenhouse (heat-trapping) gases, are primarily responsible for recent observed climate changes. There are no alternative explanations, and no natural cycles are found in the observational record that can explain the observed changes in climate.” You can read the full report here.

Audubon is a nonprofit working to save birds and the places they need from climate change using science-based conservation. To support our efforts, please make a donation today.

Our planet has warmed by 1.6 degrees Fahrenheit since 1880, and it is “extremely likely” that most of the 1.2 degrees of warming since 1951 is due to human activity, the report concludes. We could expect another half-degree of warming by the end of the century, even if humans stopped pumping greenhouses gases into the atmosphere today. And under more realistic emissions scenarios, “the temperatures of recent record-setting years will become relatively common in the near future,” the authors write.

Along with rising temperatures, the report paints an unsettling picture of other planetary changes already underway. In the northeastern U.S., for example, extreme precipitation events are 17 percent more frequent than they were in the first half of the 20th century. Global sea levels have risen 3 inches since 1990, and the oceans are becoming more acidic faster than at any period in the past 66 million years. Permafrost is thawing and sea ice is melting in the Arctic, which is warming more than twice as fast as the rest of the planet. “Residents of Alaska are on the front lines of climate change,” the report says. “Crumbling buildings, roads, bridges, and eroding shoreline are commonplace.”

While most scientists have long been cautious about blaming climate change for specific weather events, the report notes that new tools and techniques are making it possible to detect its influence on specific extreme weather events.

In addition to being a danger to human life, especially the socioeconomically disadvantaged, the global changes documented in the report threaten birds and other wildlife. As Audubon has reported, warming oceans are changing seabird diets and possibly even causing die-offs, while rising seas threaten bird habitat. And Audubon’s 2014 Birds & Climate Change Report, published in peer-reviewed scientific journals, found that climate change is the biggest threat to 314 North American bird species. In South America, where many of these species migrate for the winter, climate change-related droughts also put birds at risk.

The draft Climate Change Special Report is part of the National Climate Assessment charged with reporting the latest climate science to Congress and the president every four years. The National Academy of Sciences has approved the draft, but it won't be final until the White House signs off. If the administration did have plans to quietly scuttle the report or water down its urgent message, it will now have a much harder time doing so.