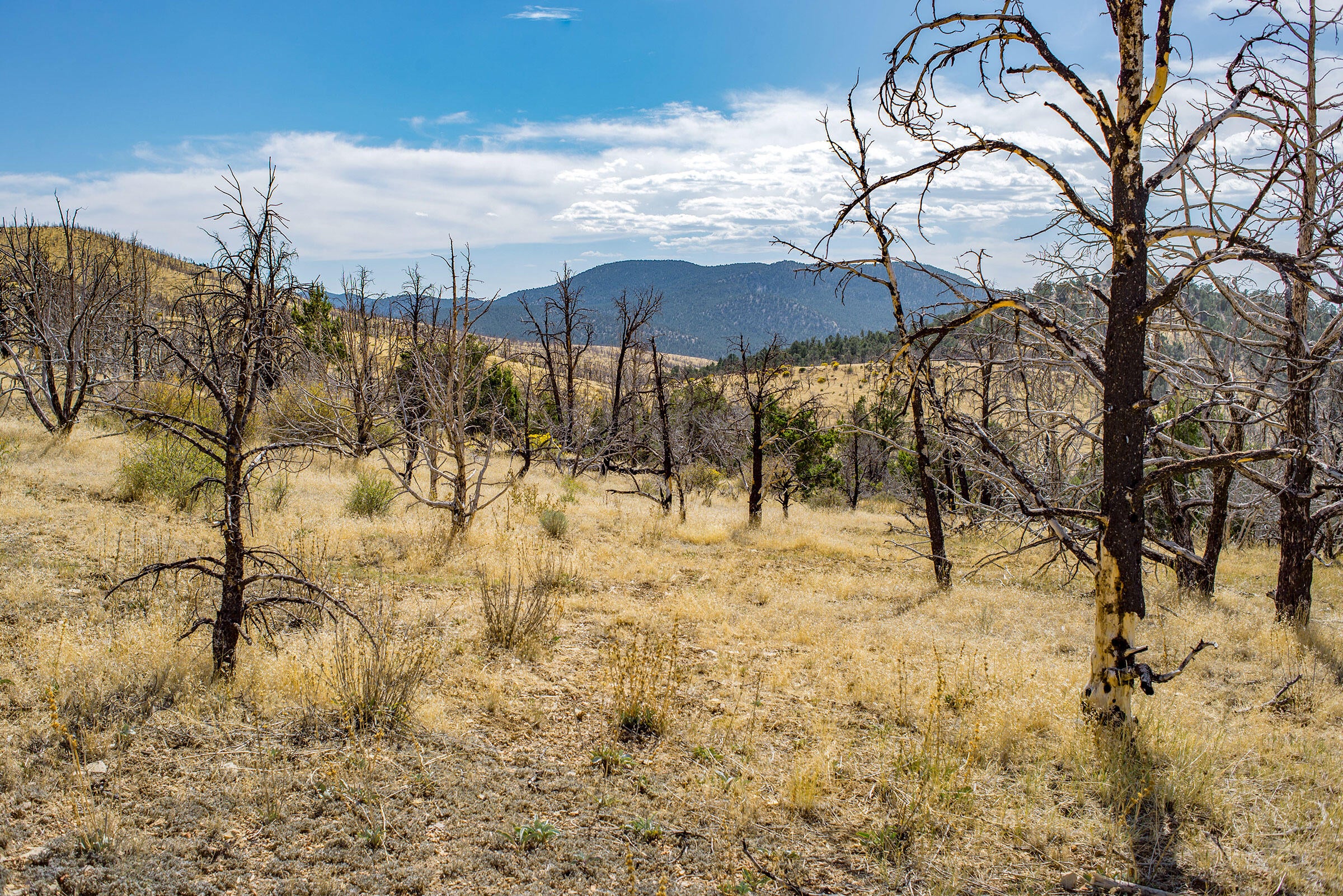 The Planet Is Undergoing an Ecological Transformation, Imperiling Biodiversity Everywhere

In a decade, 9 percent of all species worldwide could be at risk of total extinction, according to a new UN report on climate change

It reduced the rodent, too, down to nothing. The Bramble Cay melomys was last seen in 2009 and declared officially extinct in 2016—the first mammalian extinction attributed to climate change.

“It was endemic to that one single island, and it’s disappeared,” says Camille Parmesan, a climate scientist at the University of Texas, Austin. “It had about three steep declines. And then, finally, it was gone.”

More species are positioned to join the melomys without greater interventions to help them and their habitats adapt to the changing climate, according to the United Nations' Intergovernmental Panel on Climate Change (IPCC) Working Group II Sixth Assessment Report, released this week. The document, written over the course of three years by 270 scientists representing 67 countries, summarizes the latest knowledge on present-day and projected impacts of climate change on people and the environment, as well as how countries and communities can adapt to those changes. The Working Group II segment is the second in a series of three: The first, released in August 2021, documented the physical science of climate change and a third section, on climate mitigation, is set to be released in April.

Clocking in at nearly 3,700 pages, this week’s report methodically lays out evidence that biodiversity loss from climate change is already worse than predicted. It also underscores that human well-being and survival are inextricably linked with the fate of ecosystems, spurring action to conserve wildlife and habitats. Adequately addressing climate change requires an immediate global effort to prevent the worst consequences, it says. “Any further delay in concerted anticipatory global action on adaptation and mitigation will miss a brief and rapidly closing window of opportunity to secure a livable and sustainable future for all,” reads the final line of the report summary.

The report is the latest in a string of increasingly urgent and dire reports from the U.N. climate group. Compared to previous IPCC publications, this one is “less optimistic, more specific, and more certain,” says ornithologist Morgan Tingley, a conservation biologist at the University of California, Los Angeles, who was not an author on the new report. “It provides a much greater resolution of specificity to communities or nations than we’ve seen in the past.”

That specificity extends to the report’s analysis of biodiversity loss. On a global scale, 47 percent of studied species have already experienced local extinctions, meaning they have disappeared from parts of their ranges, the report states. Soon, some of those local extinctions could transition into full species extinctions if carbon emissions do not decline. If global temperatures rise by 1.5 degrees Celsius (2.7 degrees Fahrenheit) above conditions during the Industrial Revolution, as expected to occur in the 2030s, 9 percent of all species worldwide are at risk of total extinction, according to the report—an extinction rate 1,000 times the background rate. So far, global temperatures have risen by 1.1 degrees Celsius since roughly 1850.

This high extinction level is why some scientists and authors refer to the Industrial Age as a sixth mass extinction event. Yet, as with the Bramble Cay melomys, extinctions under climate change do not happen all at once. They are the product of multiple, compounding factors like repeated severe storms, wildfires, drought, or disease. That means there are opportunities to intervene by slowing or stopping global warming, and also by using both proven and novel strategies to help species, ecosystems, and communities adjust.

However, the hotter the planet gets, the worse the conditions will be for species around the world. An estimated one-third of Earth’s land area could very well lose more than half of its species, with the biggest losses occurring in southern Africa, South America, the far northern latitudes, and Australia. “Almost everywhere is losing something,” says Parmesan, a report author.

Birds are not exempt from these losses. For instance, nectar- and canopy-feeding birds have declined significantly in the western United States and parts of Africa, where according to the report, one in five trees has died as climate change intensifies droughts, fire, pest outbreaks, and disease. Climate change has also caused die-offs of thousands of seabirds affected by marine heat waves, reduced food availability for insect-eating birds, altered plant blooming and migration timing for some species, shrunk some birds, and killed Australian and southwestern U.S. birds due to extreme heat.

As populations of birds and other taxa decline or vanish entirely, ecosystems become vulnerable to permanent alterations. They also inch closer to tipping points, points of no return where ecosystems lose their fundamental ability to function and recover. For example, the increasing frequency and severity of California’s wildfires is transforming formerly forested land into brush and chaparral. “There's not enough time for trees to regrow before the next fire,” Tingley says. “When that occurs, you can go from a system that was completely forested to a system that is not going to have forest again under the current climate.”

Taken together, the new report emphasizes that Earth is already undergoing profound ecological transformation due to climate change. Drastically cutting emissions to prevent further warming is necessary to minimize destruction—but at this point adapting to a warming world is also needed, Parmesan says.

Adaptation is when people intervene and prepare to soften the blow of climate impacts. This may include nature-based strategies, such as increasing protected areas to conserve remaining biodiversity, boosting habitat connectivity to help animals and plants migrate into more suitable places, and restoring wetlands to minimize flooding. It can also mean relocating people or wildlife out of harm's way, as in the case of New Zealand’s critically endangered parrot the Kākāpō, which was transferred to three predator-free islands in the 1980s to aid the species’ recovery. Perhaps a well-timed relocation effort could have saved the Bramble Cay melomys as well.

However, experts say stress that adaptation needs to be implemented carefully. Projects can backfire if not done correctly or in the right place. For instance, relocated species can become invasive. “Fire suppression is the big one,” Parmesan says. Managing forests to reduce fire severity can be adaptive, but extinguishing all fires can lead to bigger burns in the long run.

Efforts that aim to reduce, or mitigate, greenhouse gases in the atmosphere can also do damage if done incorrectly. For example, reforesting land is a popular idea for simultaneously restoring wildlife habitat and capturing carbon dioxide from the air. But Parmesan emphasizes that trees should be planted only where forest is the natural state. “When you plant trees in naturally treeless systems, like the Great Plains or peat bogs, it’s an absolute disaster.” She cites an Australian project where trees died due to drought within a few years of being planted, and another in the United Kingdom where people drained peatlands to make way for trees, leading to the release of carbon from the soil.

Protecting and salvaging the ecologies we can isn’t merely a wildlife issue: Both biodiversity and humans rely on ecosystem integrity. The new report emphasizes that nature provides resources and services that people depend on for survival, from the provisioning of food and clean water to flood prevention and pest control.

The science is clearer than ever about what’s at stake and also about how to address the problem. In less than six weeks, the IPCC’s next report will outline what leaders of nations, companies, and others can do to reduce their impact on the planet’s temperature. We can cut greenhouse gas emissions. We can adapt to our emerging, new reality. We can demand the needed response from our leaders. And we can work to protect what’s salvageable, for everyone’s sake.