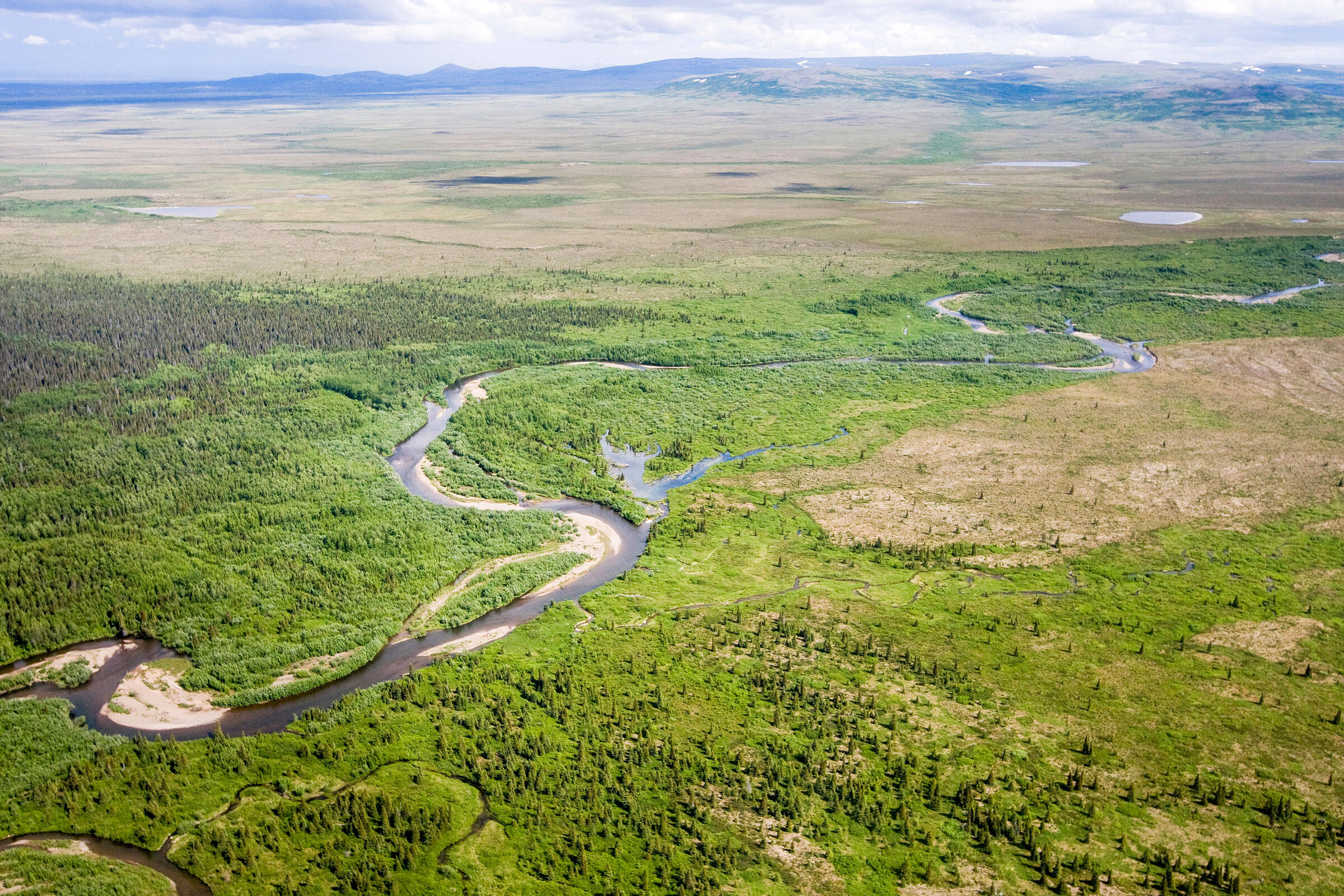 The Koktuli River, near the site of the proposed Pebble Mine in Bristol Bay, Alaska. Photo: Scott Dickerson/Alamy

These 5 Threatened Places Could Be Spared Under Biden

From coastal Alaska to a Georgia swamp, public lands that lost protection in the Trump years may get a reprieve in the new administration.

When it comes to America’s premier public lands, a pattern has emerged over the past four years: Protections that kept extractive industries out of beloved wild places under previous presidents were stripped away by President Donald Trump’s administration, leaving them exposed to contentious development.

Nowhere has there been more controversy than in the Arctic National Wildlife Refuge, a South Carolina-size sanctuary on Alaska’s North Slope home to polar bears, muskoxen, and millions of birds from six continents each breeding season. Since Republicans in Congress passed a 2017 tax bill calling for the first-ever fossil-fuel leasing in the refuge, the administration has been pushing ahead aggressively, despite lawsuits from Audubon, other conservation groups, and the Gwich’in people who rely on the caribou that breed there. The Bureau of Land Management (BLM) last month formally asked interested drillers to nominate the parcels they’d like to lease, and a sale is set for January 6.

But it’s far from a done deal. President-elect Joe Biden has said that he’ll take action on day one of his presidency aimed at “permanently protecting” the Arctic Refuge. And it’s by no means the only tract of public land whose wildlife and wild character face brighter prospects under the Biden administration. (It’s not even the only such place in the Arctic; environmental groups and others also hope Biden will block expanded drilling in the National Petroleum Reserve-Alaska, where Trump has moved to strip protections for Teshekpuk Lake—a critical haven for breeding birds and caribou—and other sensitive areas.)

Biden has called for conserving 30 percent of the nation’s land and water by 2030, halting new federal fossil-fuel leasing, and making America a net-zero carbon emitter by 2050. Restoring protections for public lands that the Trump administration dismantled would be an obvious way to work toward those goals. Here are five wild places to watch.

So important is the fishery in Southwest Alaska’s Bristol Bay that it’s been called the Wild Salmon Capital of the World. Commercial and recreational fishers, environmental advocates, and some Alaska Natives have long fought to protect Bristol Bay from what would be North America’s largest open-pit excavation, the Pebble Mine. Conservationists also point to Bristol Bay’s significance for avian wildlife: “Nowhere else on Earth is so important for so many birds from so many continents,” according to Audubon Alaska. “It is home to 27 globally significant Important Bird Areas, and one of the world’s largest concentrations of seabird colonies.”

Under the Obama-Biden administration, the U.S. Environmental Protection Agency (EPA) blocked the project in 2014, finding it likely to have “significant and unacceptable adverse effects” on the watershed. But the Trump administration revived the project, and this summer the U.S. Army Corps of Engineers reported that, despite destroying 105 miles of streams and 2,200 acres of wetlands, the mine wouldn’t harm the fishery.

Now, however, the mine may be doomed, even without Biden’s intervention. Just before Thanksgiving, the Army Corps denied a Clean Water Act permit the project needed to move forward. But while the mine appears dead for now, the company behind it, Pebble Limited Partnership, could still appeal the decision or apply for a new permit. So advocates are calling for the EPA to veto the project and urging Congress to grant Bristol Bay permanent protection. Biden, for his part, said in August that he would stop the mine. 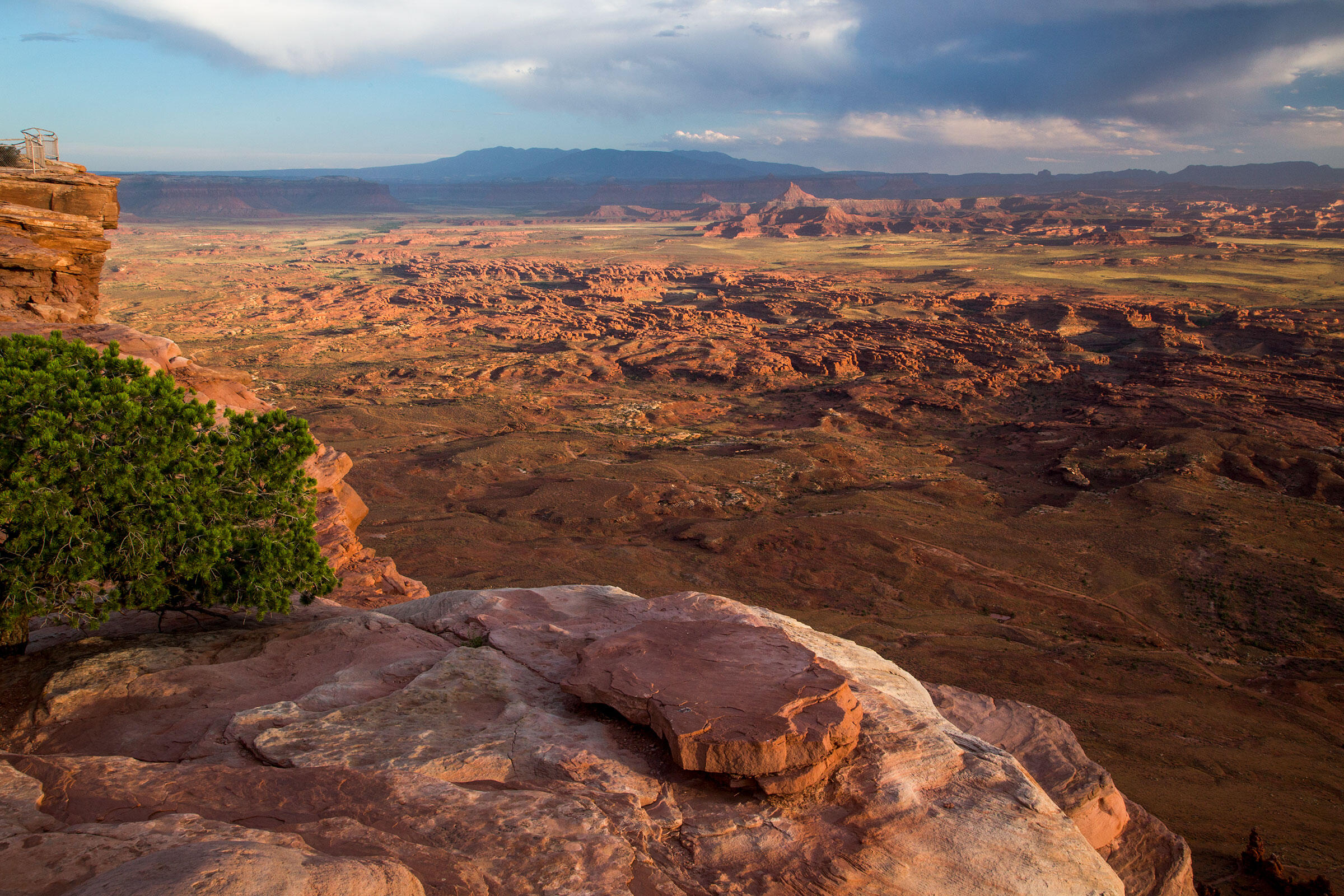 Near the end of his first year in office, Trump defied several Native American tribes by dramatically shrinking Bears Ears National Monument, which Barack Obama had created at their urging in 2016, by about 85 percent. He also cut nearly in half Grand Staircase-Escalante National Monument, established by Bill Clinton in 1996. A tribal coalition sued the Trump administration, arguing that presidents can use the Antiquities Act to create monuments but not to shrink them, as he had.

Biden has pledged to return national monument status to keep mining and other industrial development out of the roughly 2 million acres Trump carved from the two sites. Tribal members and other advocates are hoping the courts or Congress will more clearly define the scope of the Antiquities Act so that a future president can’t use it to once again shrink the monuments after Biden restores them.

Both monuments are notable not only for their cultural significance, archaeological sites, and red-rock-and-juniper scenery, but also for rich bird life. More than 200 avian species are found in Grand Staircase-Escalante, including the federally endangered California Condor and Southwestern Willow Flycatcher, and Bears Ears hosts threatened Mexican Spotted Owls. 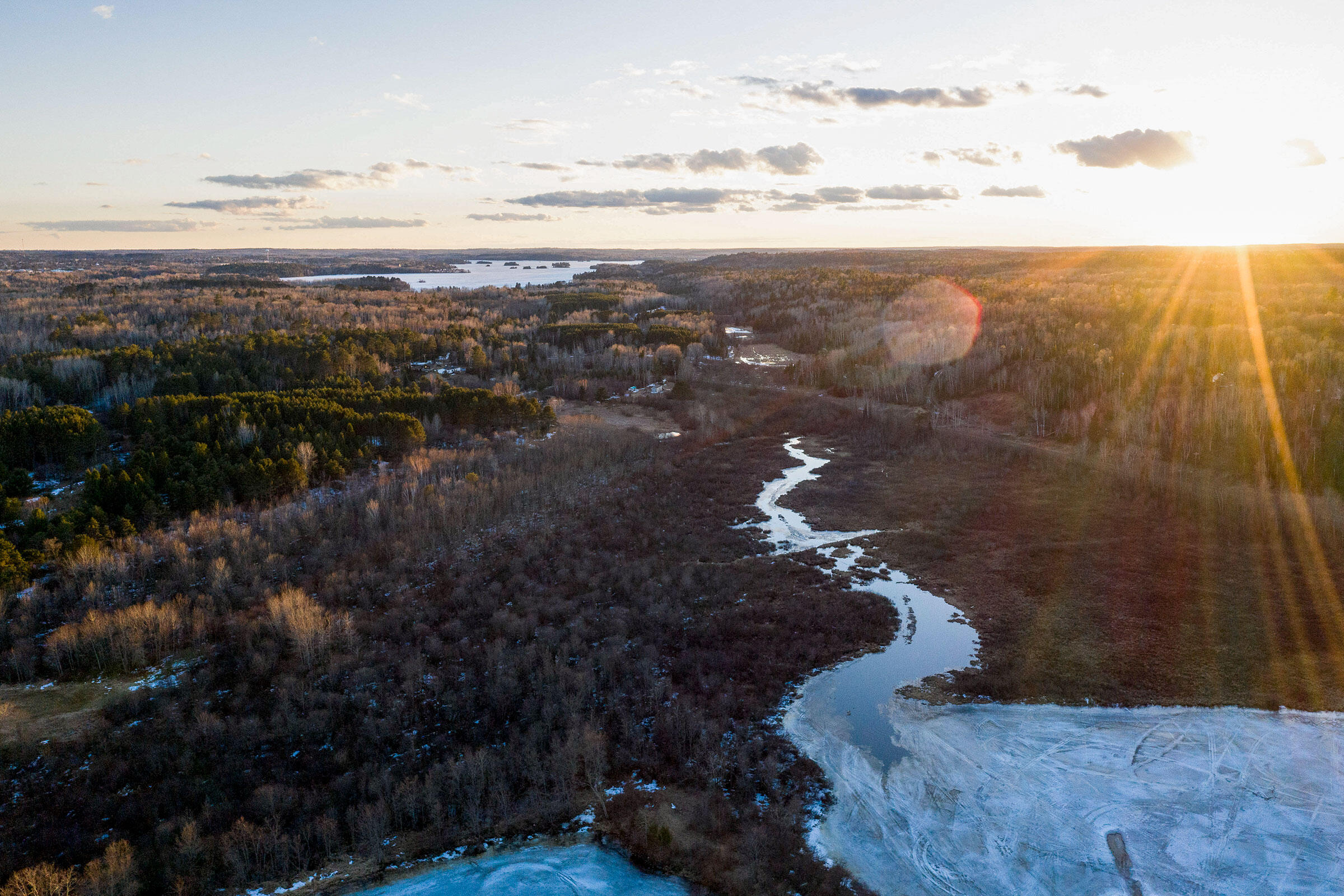 In its last days in office, the Obama-Biden administration granted a reprieve to the nation’s most-visited wilderness area, Minnesota’s Boundary Waters. Its review of a proposed copper-nickel sulfide ore mine on the sanctuary’s southern edge found that it “might cause serious and irreplaceable harm to this unique, iconic, and irreplaceable wilderness area,” including contaminating its pristine lakes with harmful heavy metals and disturbing habitat for gray wolves, Canada Lynx, Common Loons, and the highest diversity of breeding wood warblers known in the world—24 species.

Obama’s BLM rejected a lease renewal for the project and the U.S. Forest Service began a study for a possible 20-year moratorium on mineral leasing in the area. But the Trump administration reinstated the mining company’s leases and scrapped the study. The project is still under review, and groups have filed state and federal lawsuits to stop it.

Biden hasn’t yet made any public statements about what actions, if any, he would take to protect the area. But Jeremy Drucker, senior adviser to the Campaign to Save the Boundary Waters, urges the president-elect to step in. "We are hopeful that a Biden-Harris Administration will restore good governance to America's public lands and follow science-based decision making—both of which say the Boundary Waters needs to be protected from proposals for sulfide-ore copper mining on public lands in the headwaters of the Wilderness,” he said in an email. 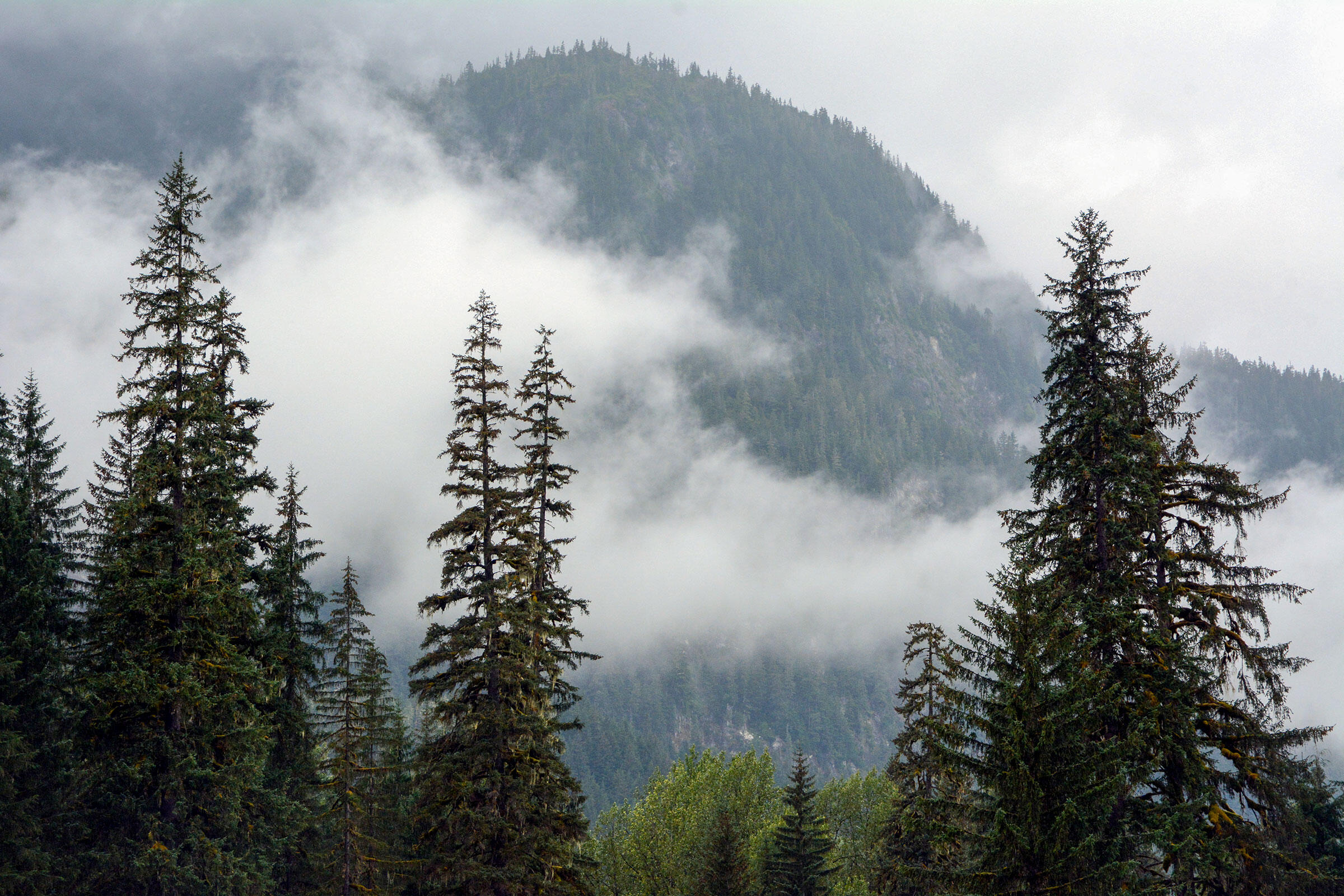 If you want to slow climate change and conserve vulnerable wildlife, protecting the Tongass National Forest makes a lot of sense. It’s our largest national forest at 17 million acres and part of a temperate rainforest whose old-growth woods soak up huge amounts of carbon. As part of an island archipelago, the Tongass is home to a staggering diversity of life, including many plants and animals found nowhere else, such as the Queen Charlotte Goshawk and Prince of Wales Spruce Grouse.

Since 2001, around half of the Tongass has been protected from logging and development by the federal Roadless Rule. But in one of its most significant land-protection rollbacks, the Trump administration in October officially lifted those restrictions, opening the entire forest to timber companies.

Advocates are calling on the incoming administration to replace Trump’s industry-friendly rule through a new rulemaking process that gathers more input from the Haida, Tlingit, and Tsimshian peoples—who say they were ignored in the lead-up to to Trump’s rollback—about how their home forest should be managed. Biden hasn’t been vocal about his plans for the Tongass, but renewing protections for the forest would be consistent with his overall climate and conservation policy positions. 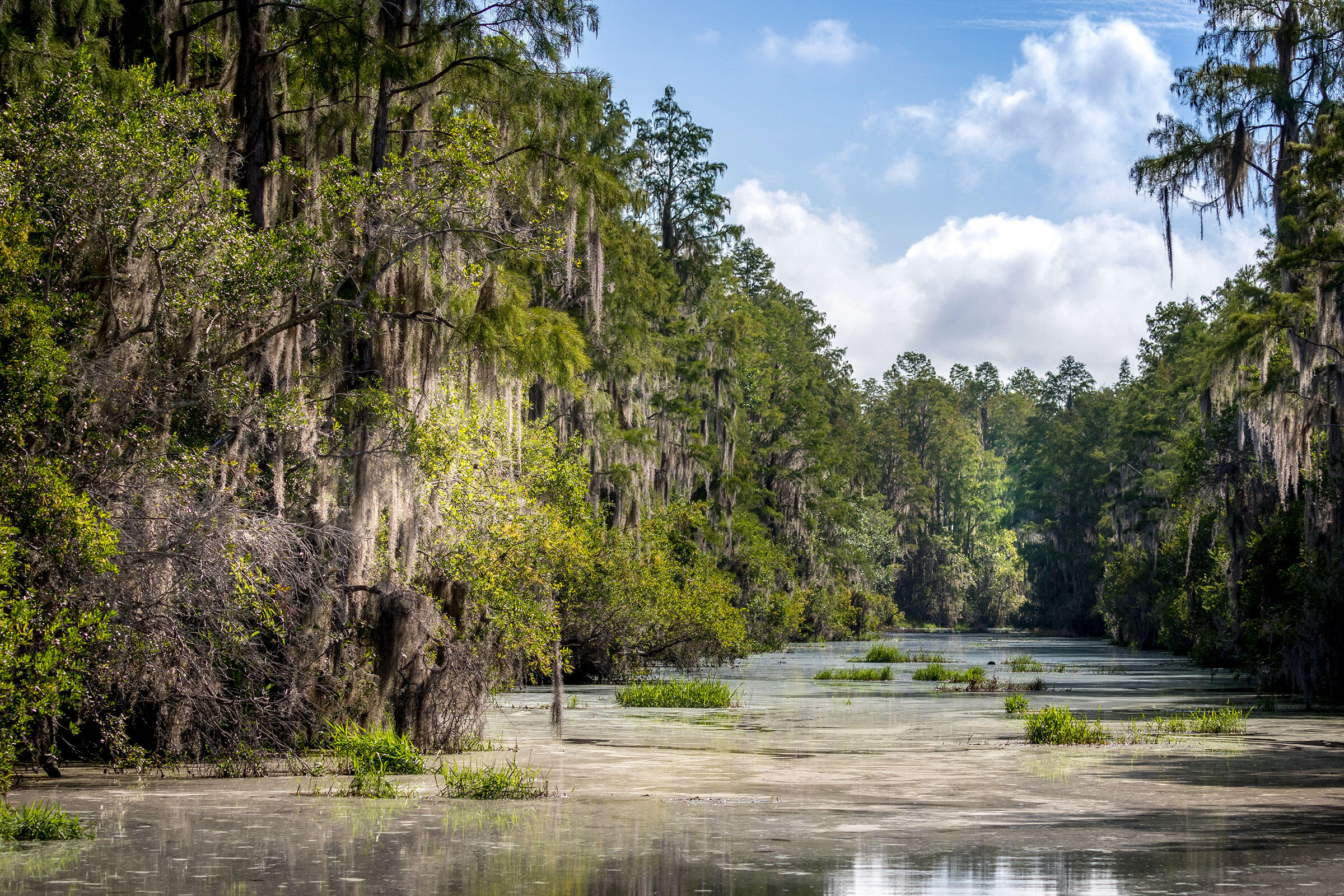 No ordinary swamp, Georgia’s Okefenokee is the largest intact wetland of its kind in the country. It encompasses the biggest national wildlife refuge in the East, a 354,000-acre wilderness area, and a designated Dark Sky Park. It also provides foraging grounds for federally threatened Wood Storks, nesting habitat for endangered Red-cockaded Woodpeckers, and an undisturbed home for alligators, bears, and other wildlife.

The sandy ridge on the swamp’s east flank that helps to hold its water in place also contains titanium and zirconium, which are on a list of “critical minerals” whose domestic production the Trump administration has sought to increase. A mining company wants to excavate the ridge to access those minerals. Conservationists warn doing so could not only disturb the swamp’s habitat and wilderness, but also partially drain it. The EPA raised similar concerns, saying last year that the project would have “a substantial and unacceptable impact on aquatic resources of national importance.”

Nonetheless, Trump’s easing of environmental rules has provided a tailwind, pushing the project toward breaking ground. The Army Corps determined that the mine no longer needs the Clean Water Act permit it had sought for more than a year because, under the administration’s narrowing of which water bodies the act covers, the project wouldn’t affect federally protected wetlands.

However, Biden is widely expected to restore Clean Water Act protections for wetlands and streams that Trump’s rule left exposed. And since the mine still needs state permits, advocates for the Okefenokee say Biden has a window to step in and safeguard the swamp, and they’re hopeful he’ll move quickly to do so.

What Biden's Presidential Win Means for Birds and the Environment

Climate and conservation activists see opportunities for the president-elect to make major progress beginning on day one.

As President Trump’s first term nears its end, major land-use decisions are coming due, with massive stakes for the environment.

Birds need them. People love them. But without more money, these vital sanctuaries can't serve wildlife or the public like they're supposed to.