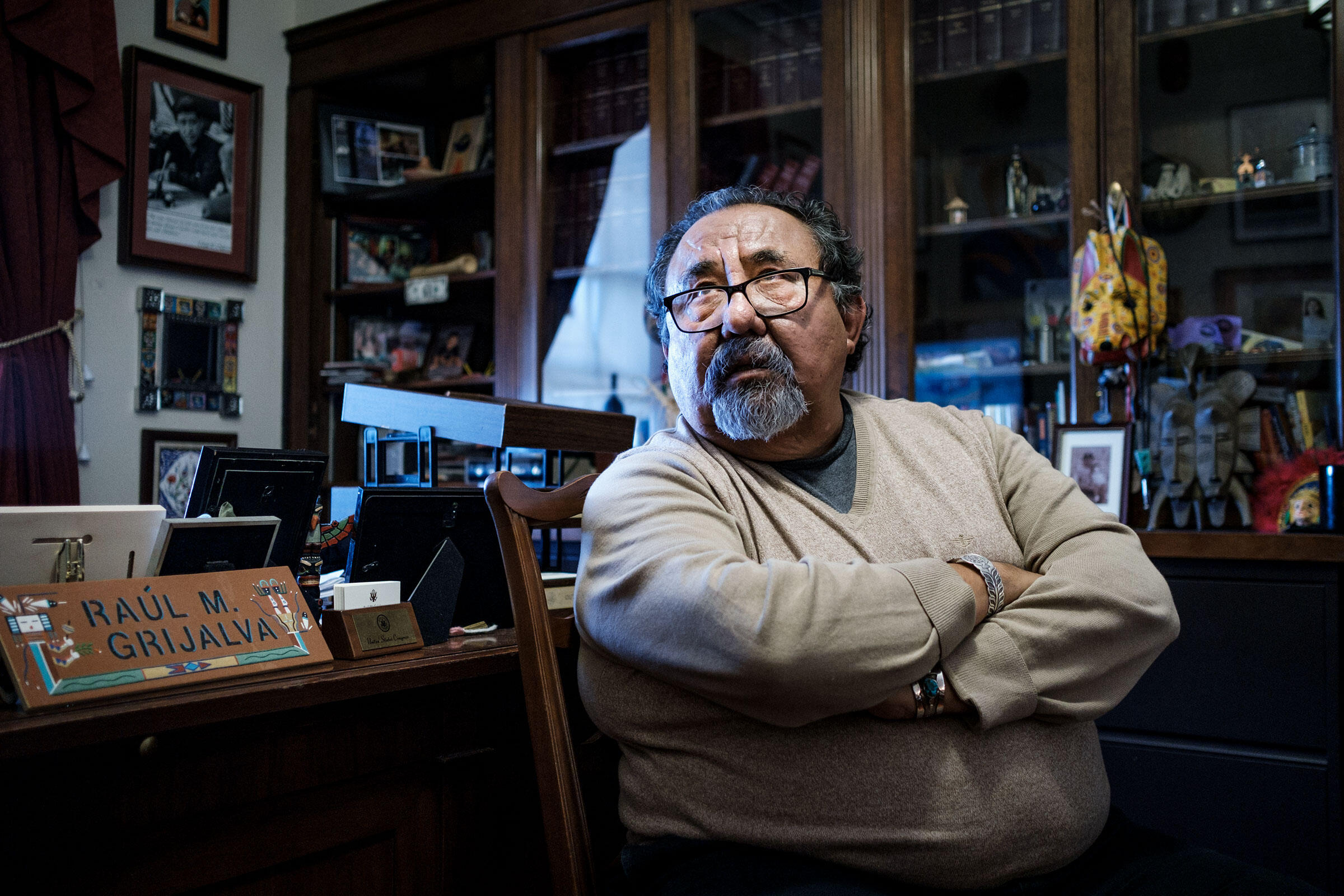 On January 7, Rep. Raúl Grijalva (D-Arizona), the new chairman of the House Natural Resources Committee, sent a pointed letter to David Bernhardt, the acting secretary of the Department of the Interior. Grijalva wanted to know why the department’s Bureau of Land Management (BLM) was moving ahead with public meetings on plans for oil and gas leasing in Alaska’s Arctic National Wildlife Refuge despite a partial government shutdown that had furloughed thousands of Interior employees and halted other operations. The meetings should be delayed, he wrote; holding them during a shutdown “gives the strong impression that BLM is simply trying to check the boxes and end the comment periods as soon as possible.”

Two days later, BLM announced it would postpone the meetings. Huh. This was something new.

It’s not clear if Grijalva’s note drove BLM’s decision, but getting his way was a welcome change for the nine-term congressman from Arizona. Grijalva says he sent Interior dozens of unanswered letters seeking explanations for the department’s policies under Ryan Zinke, the former secretary who became the target of multiple ethics probes and resigned in December.

Grijalva, the committee’s ranking Democrat since 2014, has watched in frustration as the Trump administration barrels ahead toward its stated goal of energy dominance. In December, for example, BLM issued plans that would lift restrictions on oil and gas development in some nine million acres of Greater Sage-Grouse habitat on federal lands that had been protected under a 2015 compromise to keep the birds from being listed under the Endangered Species Act. Interior is also moving quickly to facilitate drilling in the Arctic Refuge and expand energy development in the National Petroleum Reserve-Alaska, along with taking a decidedly industry-friendly approach to enforcing the Migratory Bird Treaty Act (MBTA).

Under previous chair Rep. Rob Bishop (R-Utah), the committee—which oversees federal lands, wildlife, oil and gas, mining, tribal issues, and oceans—was sympathetic to the administration’s agenda. Industry representatives made up nearly a third of the witnesses invited to give testimony before the committee in 2017 and 2018, according to an analysis by Democratic staff. Energy companies—especially fossil fuel interests—were invited most often.

But now Grijalva holds the gavel. He can issue subpoenas and hold oversight hearings, and says he plans to call on both Zinke and Bernhardt to testify before the committee. He decides which legislation the panel will consider. And although the bills he sends to the Democrat-controlled House will face long odds with both the Senate and White House in Republican hands, the next two years are an opportunity to get them teed up for passage should his party take control in 2020. 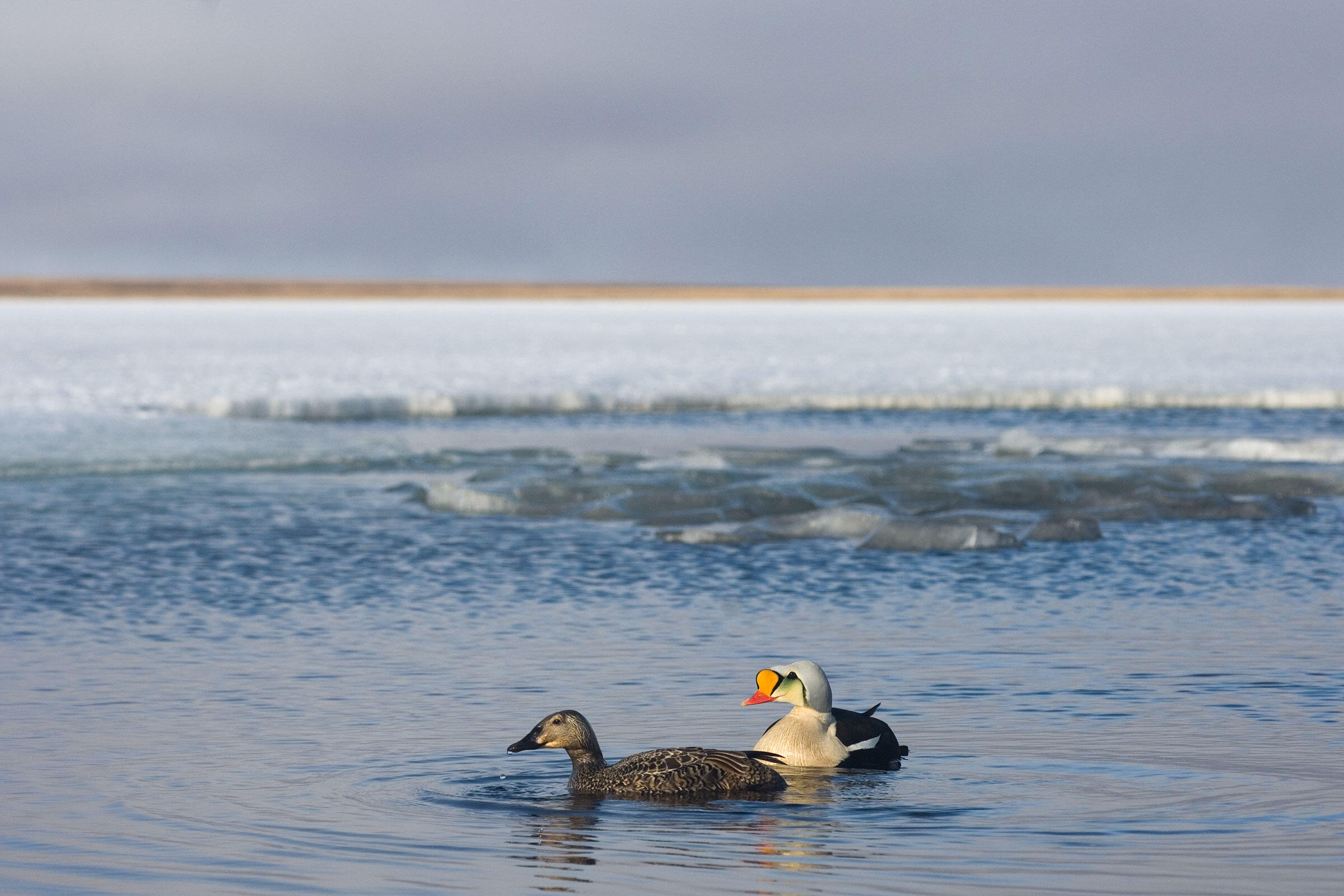 Efforts to expand oil drilling in the National Petroleum Reserve-Alaska could degrade habitat for King Eiders and other wildlife. Photo: Steven J. Kazlowski/Alamy

In an interview about his plans as chairman, Grijalva, 70, tells Audubon that climate change will be the focus of major hearings and the lens through which his committee views nearly every issue. “Building climate resilience and finding ways to stretch our limited water supplies—those are going to be a priority,” he says. “We’re going to accept climate change as a fact—and science—and not spend any time going through denial or avoidance on the issue.”

A second emphasis of Grijalva’s chairmanship will be investigating industry’s influence at Interior and passing bills that steer the department toward what he describes as a more balanced mission that recognizes the many uses of public lands, not just their commercial value. “It’s systemic, that culture that has been put into Interior up and down the line, and I think that’s what we want to get at,” he says. “We’re going to have legislative fixes for some of these rollbacks.”

Some of those proposals will have major implications for birds and other wildlife. The administration’s efforts to weaken the MBTA, for instance, will be the focus of committee hearings and possible legislation, Grijalva says. Interior drew rebukes and legal challenges from the National Audubon Society and others when it announced in 2017 that it was changing its interpretation of the MBTA and would no longer penalize the unintentional killing of birds—known as “incidental take”—by energy companies and others. The department is expected to firm up that position soon through a formal rulemaking process, but Grijalva might try to head it off with a bill to enforce incidental take.

And while Grijalva thought the 2015 compromise on sage-grouse management was too easy on the fossil fuel industry, “nevertheless, that’s the thing in place,” he says. “Now to try to undo that is a different issue. We’re going to fight that very hard and try to work out legislatively how to protect that.”

Conservation groups see a proven ally in the new chairman. “If you look at his legislative priorities, both on the proactive side and bad bills he tried to fix or make sure didn’t go through, he’s been a tireless advocate for conservation and public lands,” says Aaron Weiss, deputy director of the Center for Western Priorities. 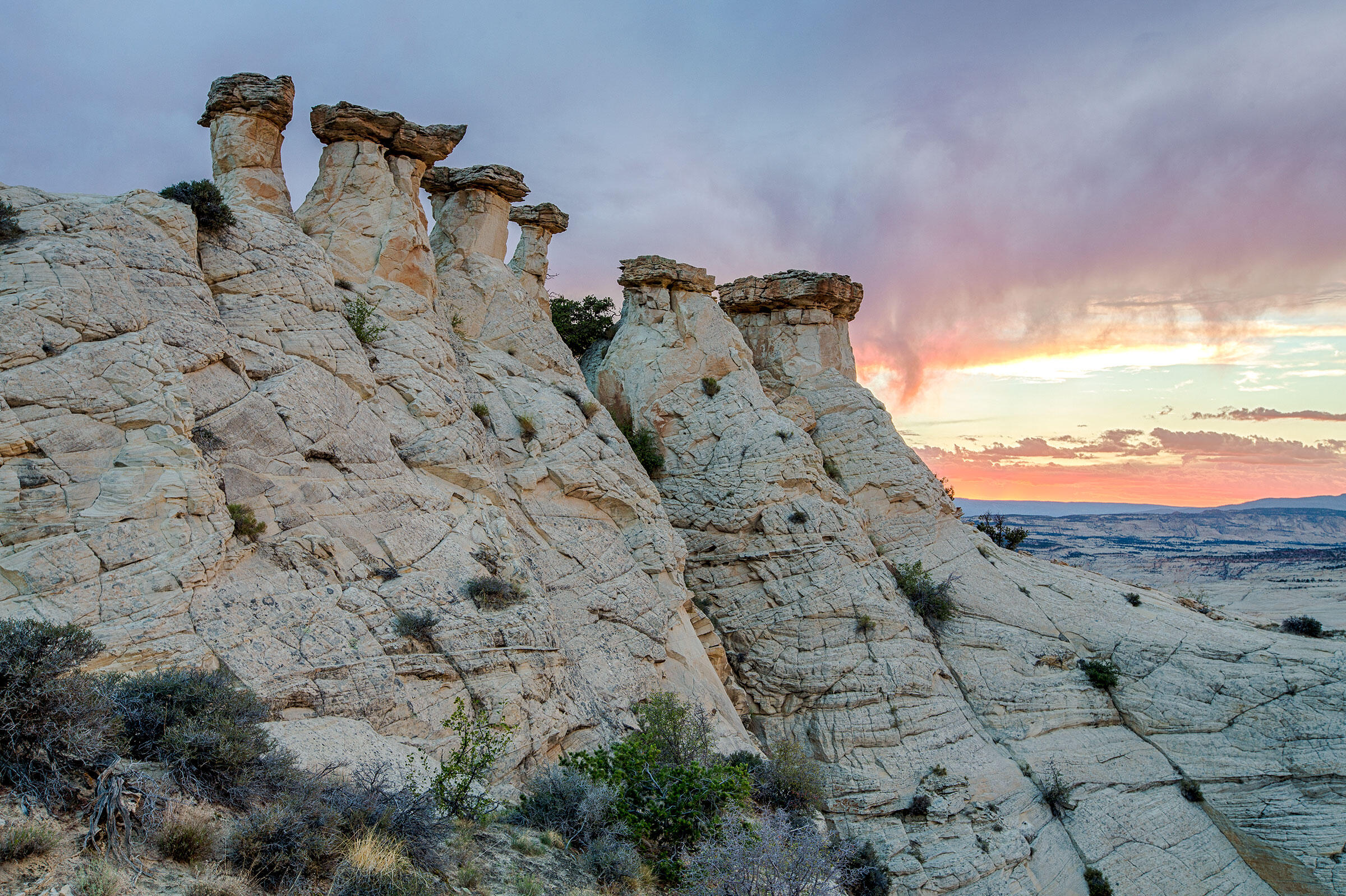 As an example, Weiss notes that Grijalva sponsored a 2009 bill that established the National Landscape Conservation System within BLM. “That really marked a turning point in terms of thinking about BLM land as not just the ‘Bureau of Leasing and Mining,’ as it’s sometimes called, but recognizing that BLM plays a crucial role in preserving America’s public lands and not just leasing them out,” Weiss says.

But under President Trump, critics say, the agency has embodied that disparaging nickname. The BLM might have delayed public meetings on the Arctic Refuge, but that’s just a speed bump on its fast track to more drilling on Alaska’s North Slope. “The Arctic to me is one of the priorities,” Grijalva says. “Our point is to try, legislatively and otherwise, to interject ourselves into that process.”

Grijalva says he’ll also investigate the administration’s controversial decision to cut roughly two million acres from the Bears Ears and Grand Staircase-Escalante national monuments, potentially opening those tracts to energy development and logging. “We want to know why, who profits, what happened to the science,” he says. “Is it the deposits of coal or uranium that are also the drivers here?"

While he anticipates accusations from some Republicans that he's launching political attacks on the Trump administration, Grijalva says he simply wants to fulfill the committee’s responsibility as a check on the executive branch. “If we approach it professionally, fact-based, I think the American public are going to understand that we’re just doing our job and that they deserve to know what’s going on,” he says. “Everything that we’re going to be examining from a position of majority, we asked for information from the position of minority and were ignored. We’re not inventing this. We weren’t waiting for this opportunity to serve revenge cold. This is the process.”

Grijalva became active in environmental issues in the 1990s, when he joined residents rallying for cleanup of groundwater contamination in Tucson. But he says his roots as a conservationist grew from the ranch where he spent his early childhood. “The bird life around where I grew up was unbelievable,” he says. “It was near the Santa Rita Mountains. There was a lake there and you could see the migrations come and see who’s leaving.” (Now preserved as the Raúl M. Grijalva Canoa Ranch Conservation Park, the site is a destination for area birders.)

As the son of a cowboy who emigrated from Mexico and the representative for a district with 300 miles of border, Grijalva is vehemently opposed to President Trump’s proposed wall. He held a hearing Wednesday to highlight the serious impacts scientists say the wall would have on his home region’s landscape and wildlife. “There’s no secret that every one of us that represents a district that touches the border are opposed to this wall,” Grijalva says. “There’s an environmental argument—a very strong one—against the wall.”

Protecting that landscape was a focus of Grijalva’s 13 years on the Pima County Board of Supervisors, which he chaired from 2000 to 2002. He played a lead role in creating a conservation plan for the county that serves as “a national model” for sustainable development, according to Supervisor Sharon Bronson, who served with him on that body. Bronson has known Grijalva for over 30 years and considers him a friend, but she says government officials called to explain their controversial policies should tread lightly.

“One thing for certain about Congressman Grijalva is that he knows BS when he hears it, and he will use all the resources at his command to get the facts that he’s seeking,” she says. “He’s respectful, but he’s tough. If he’s smiling at you and not saying much, you’d better make sure you’re not bleeding.”

Grijalva might be tough, but he's also a little intimidated, he admits, by the “unbelievable opportunity and responsibility” of leading the committee at such an extraordinary political moment. He worries that some conservationists who are appalled by Trump’s policies expect the situation to change overnight under his chairmanship.

“It won’t. But we are going about the business of changing the culture in our government that has allowed all of this to happen,” Grijalva says. “That’s the task ahead.”