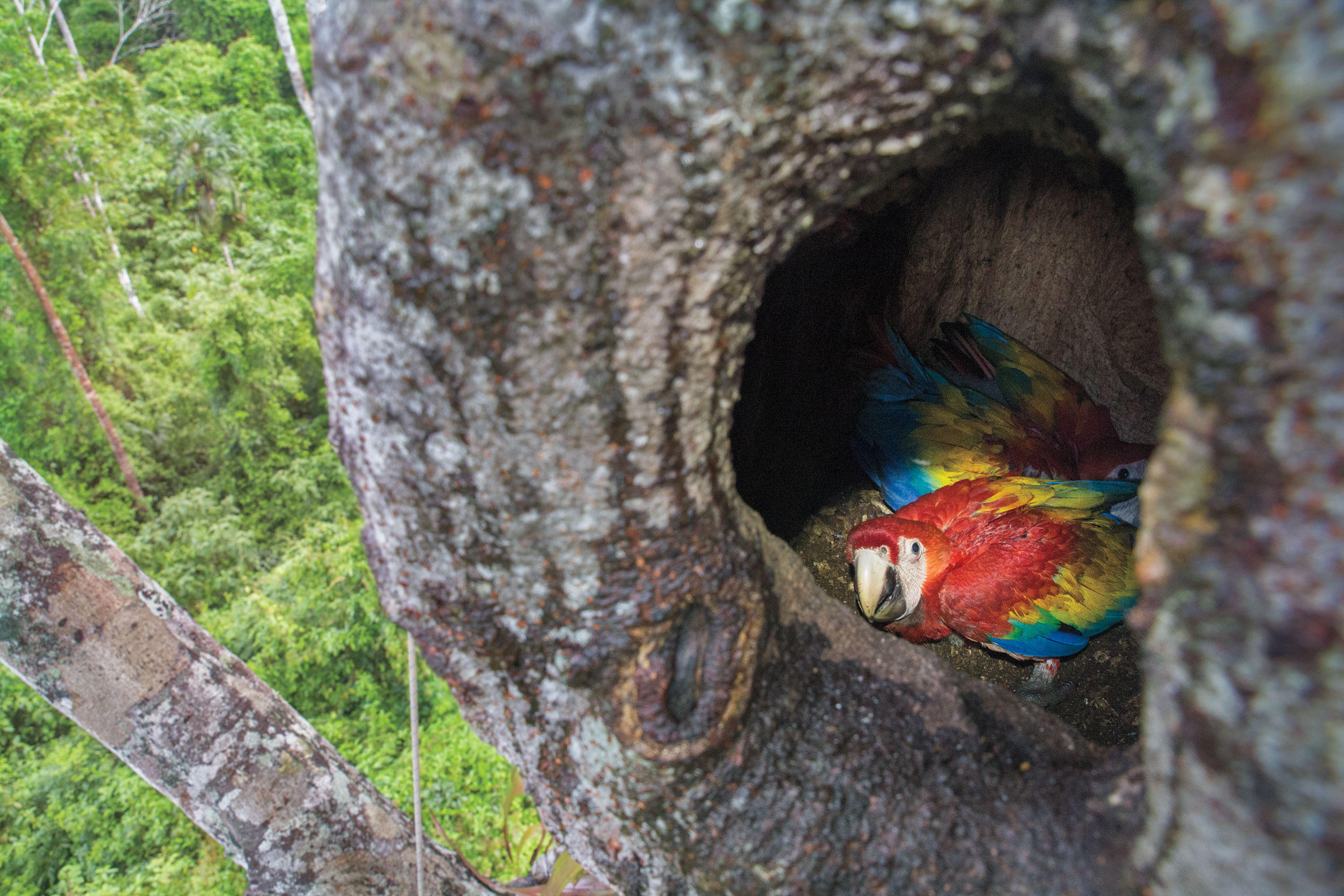 Two Scarlet Macaws chicks sit in their nest in the cavity of a quamwood tree in Belize's Chiquibul Forest. Photo: Camilla Cerea/Audubon

It's that time of year again—when your social feeds are suddenly filled with "best of" lists and roundups of popular stories from the past year. While we covered our most-read stories in 2016,  this year we decided to do something a little different. Instead, we asked the staff of Audubon to choose their favorite stories that we published in 2017 and explain why. In no particular order, here's what we came up with.

I’m selfish and also still tickled that we sent our photographer Camilla Cerea 60 feet up a tree to get yelled at by birds, so I have to go with my story about Scarlet Macaw poaching in the spring 2017 issue of Audubon magazine. Aside from just being an important issue, the assignment was notable in a number of ways. It was the first time that Camilla and I field-reported a story together. We also got to see a jaguar in the wild. And it was in Belize that I lured Camilla to the Dark Side: I remember standing on a trail in Cockscomb Basin Wildlife Refuge with her, pointing out a male White-collared Manakin doing its flip-crack-crack-crack-crack-wheeeeooooo! aerial flirt routine, and Camilla started yelling at me, “Martha! I’m turning into a birder!” while she tracked the bird with her binoculars, her camera dangling, ignored, by her hip. She sends me photos of birds from her birding trips now, with proper identification, like any proper bird nerd. —Marth Harbison, network content editor

Often lost in the morass of proposed budget cuts and regulatory rollbacks are the stories of the people and places that would be most affected by them. That’s why I’m particularly proud of Audubon’s “What’s at Stake” series. Editors and writers dug deep to find the human faces behind the programs on the administration’s chopping block and to learn from them what science and ecosystems would be sacrificed. Snippets of video only serve to make the series more relatable. —Jenny Bogo, executive editor

Part 1, Part 2, and Part 3 of our Laysan Albatross relocation series

No reader should miss Kim Rogers’s Laysan Albatross-relocation series, especially the final story about Nine. The project featured is, in my mind, the best in what bird conservation can be: forward-thinking, science-based, species-tailored, and compassionate. The threats to Laysan Albatross from future sea level rise, paired with the species' rather stubborn natural history traits, are very real, and Kim’s deliciously descriptive language and attention to detail impress both the urgency of the project and the commitments of many different people—USFWS, U.S. Navy, nonprofit scientists, and caretakers. Also, the story features the goofiest adolescent albatross pics to boot! —Hannah Waters, senior associate editor

Listening to editor Hannah Waters talk about her upcoming trip to Cooper Island in Alaska and the important work being done by George Divoky was impressive even before the adventure started, but reading the final story alongside the incredible photographs and videos captured by photographer Peter Mather transported me thousands of miles. Through the words and images, I was able to live their experience, understand the challenges the birds are up against in the face of climate change, and appreciate Divoky's passion for these creatures and their home. —Camilla Cerea, photo editor

Bird's Nest Soup Is More Popular Than Ever, Thanks to Swiftlet House Farms

Choosing just one Audubon story from the wealth of excellent work we produced this year wasn't easy, but I keep coming back to this piece exploring the booming business of bird's nest soup and domestic swiftlet farming in Myanmar. The topic alone—soup made from bird spit!—is fascinating. But to read about the history of the delicacy up through the unexpected effects of its modern-day commercialization—demand for "cave-fresh" bird's nest soup is up, while domesticated birds appear to be diverging as a species—gives the story an intriguing sociological and evolutionary depth. The intimate photographs and videos of Edible-nest Swiftlets darting about just make it all that much more absorbing. —Andrew Del-Colle, Audubon.org site director and editor

Sharing Drew Lanham's essay about public lands and slavery lightened my heart, despite the tragic history it embodies. His words cut through the discomfort and reluctance of the conservation community as it fails to accept the inglorious origins of America's wilderness. The story was published in time for Public Lands Day, but it feels even more relevant now with the advancing assault on Utah monuments. The president stole land from us, the opposition groused. But was it ever fully ours to begin with? —Purbita Saha, associate editor

Better Know a Bird:  The Wild and Kinky Mating Rituals of the Crested Auklet

There are so many creatures with strange behaviors in this world that sound too weird to be true. The Crested Auklet and its crazy mating rituals is definitely one of them. From the “ruff-sniffing” to their sex scrums, it's hard to believe everything in this story without the amazing photos to back it up. Once you read it though, it's so ridiculous that you have to immediately tell everyone you know about these weird little birds. —Lia Bocchiaro, photo editor

Windows Into Another World: Take a Tour of Bird Blinds Across the Country

Out of sheer photo selfishness, I have to choose our story on bird blinds from Audubon's summer issue, which featured Tristan Spinski's photo essay shot on black-and-white film—yes, analog. Tristan cris-crossed the country for a year and a half documenting different bird blinds with the eye of a visual historian studying a very particular vernacular of architecture. While we could only fit a limited number of photos into the issue, the presentation online allows the reader to truly appreciate Tristan's work while reading the story behind each blind. Simply put, it’s a photographic tour de force. —Sabine Meyer, photo director

Buzzfeed Asked a Bunch of Bird Questions—and We Answered

I have to go with editor Purbita Saha's comprehensive response, on behalf of birds, to the list of 38 questions Buzzfeed’s Erin Chack posed to our feathered friends. It’s so wonderfully inspired and opportunistic, really funny in its own right, and tremendously informative—it’s basically a meta-gateway to a seemingly unending trove of fascinating stuff. And I also particularly loved just how surprised and delighted Chack was when she discovered that the queries she’d tossed to the skies had actually, unexpectedly, been answered. —Mark Jannot, vice president of content

Generally speaking, adults did not do a great job this year of modeling positive behavior for youngsters. So it was especially heartening to read about Matthew and Will Gladstone, the kid brothers who are selling stylish blue socks to raise money for Blue-footed Booby conservation. Plus, the boys are sending a free pair of socks to Puerto Rico for every pair ordered in December, according to their Blue Feet Foundation website. Role models come in all sizes. —Andy McGlashen, editorial fellow

The Fascinating and Complicated Sex Lives of White-Throated Sparrows

I was dubious when I read the first sentence of Kenn Kaufman’s story—part of his “Notebook” series—about White-throated Sparrows: “Could this be the world’s most interesting bird?” But his exploration of the truly fascinating sex lives of these LBJs (Little Brown Jobs) gave me a newfound appreciation for birds I’d normally ignore. —Alisa Opar, articles editor 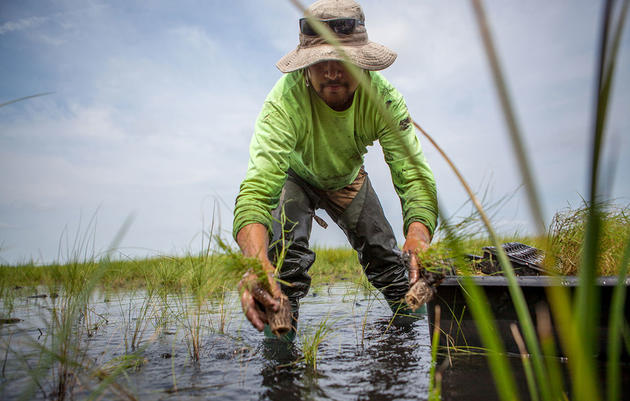 From restoring bird habitats across the country to preventing unnecessary bird deaths, Audubon's had a big year. 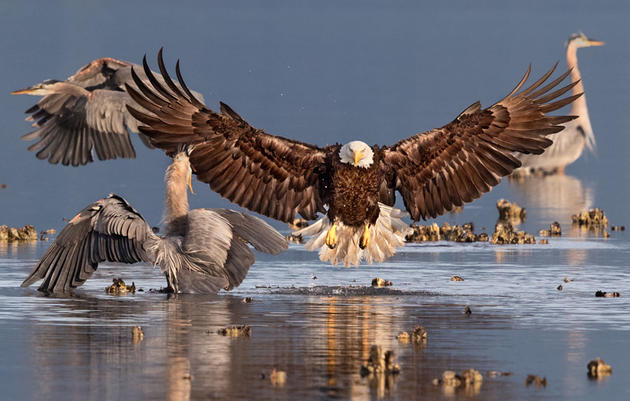 Cartoon sandpipers, a rare white hummer, birds that understand humans—there was plenty of variety in Audubon's hit stories this year. 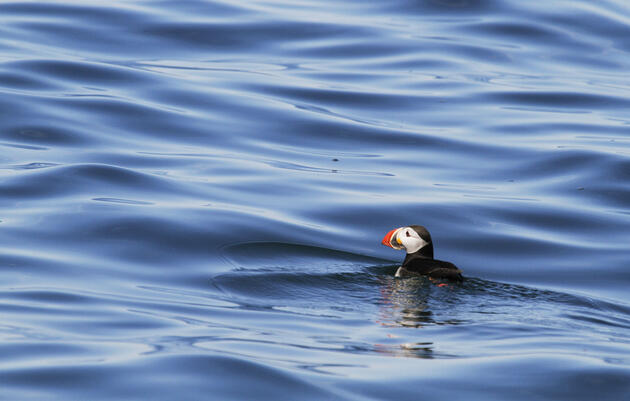