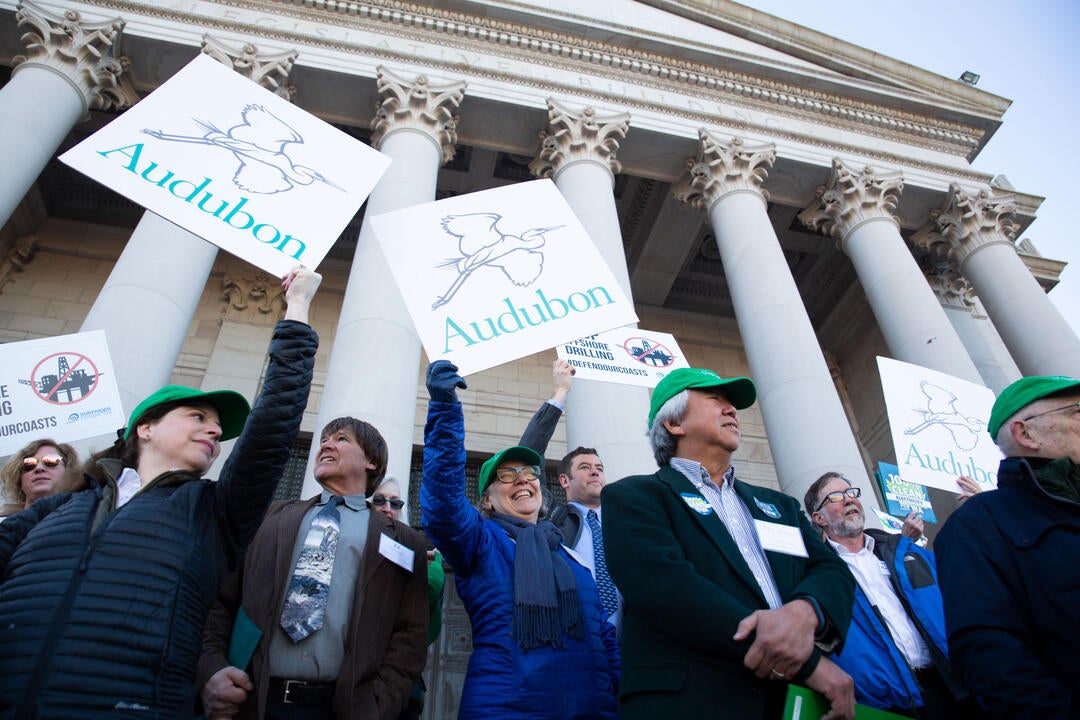 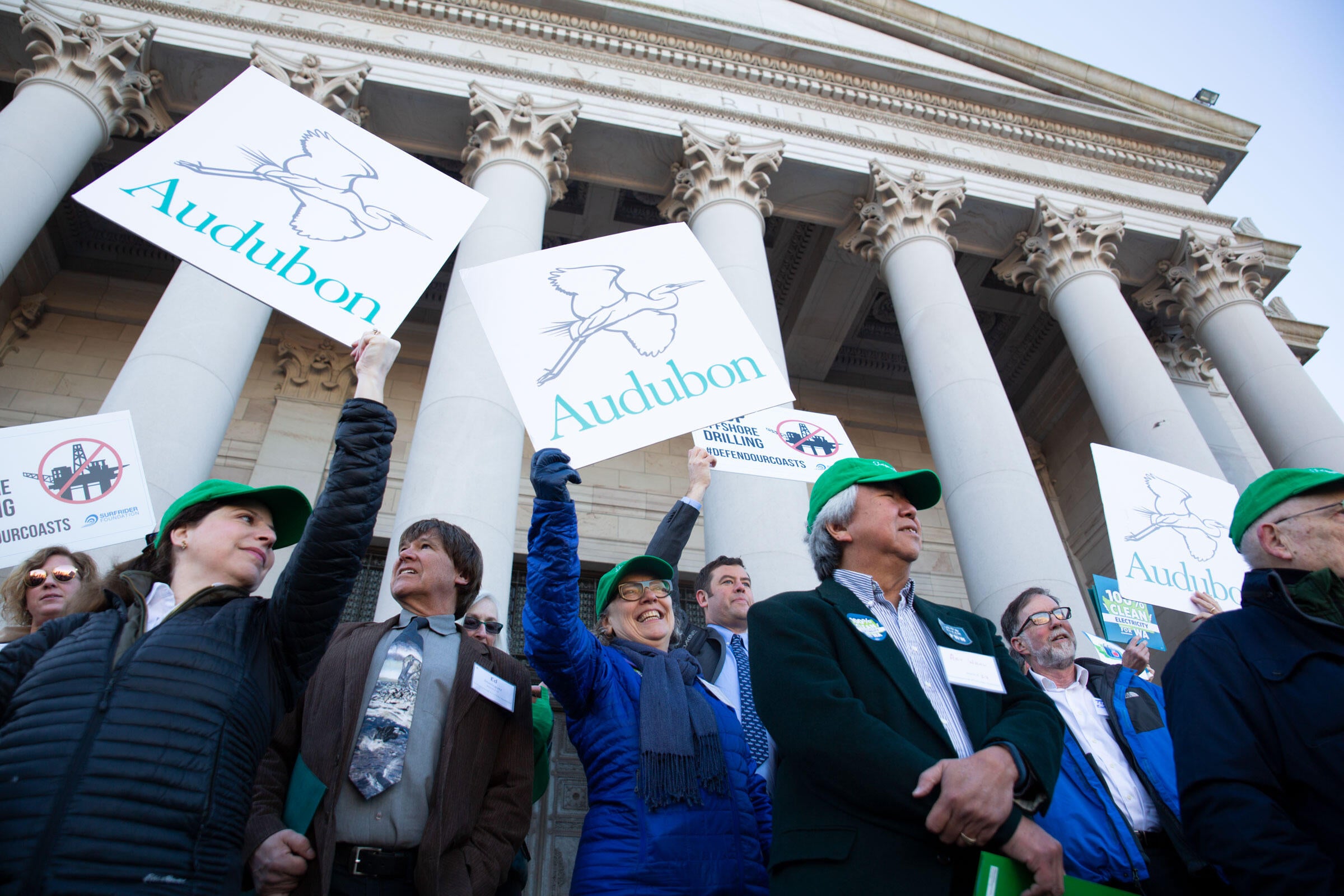 Audubon protects birds from climate change, one statehouse at a time.

Audubon members, staff, and volunteers descend on the Washington state capitol to speak with their local representatives on Environmental Lobby Day in January of 2019. Photo: Luke Franke/Audubon

Climate change affects regions and communities in different ways, which means that bird lovers across the country are engaging at the local level to protect the birds that they love. The National Audubon Society works alongside state offices, local chapters, and community partners to identify and address specific climate solutions. Here are some highlights of our recent work.

Help build a better world for birds. Join us to stay informed about Audubon's climate campaigns.

You Did It! Light Rail to Expand after Prop 105 Soundly Defeated by Phoenix Voters

Fires and drought put increasing stress on western forests and the birds who live there.

New Audubon report shows about half of Arizona’s birds are vulnerable.

Audubon built and led a broad coalition to pass the Solar Access Act in 2019.  Work now moves to implementing the mandates in that Act.  That means Audubon will engage with the Arkansas Public Service Commision (PSC) to ensure that the goals of the legislation are fully implemented and the benefits for consumers and businesses are realized.

For over a century, Audubon has been the most influential conservation voice in the state of Florida. Adapting to new challenges posed by climate change, Audubon Florida has recently claimed significant victories in helping Miami-Dade County electrify its fleet of buses, and securing the approval of the largest community solar program in the country.

Audubon supports the introduction of the Blue Carbon for Our Planet Act.

Audubon works with our members and Indiana’s leaders at both the state and federal level to support industries like agriculture and forestry to meet the challenges of a changing climate.

The bipartisan Growing Climate Solutions Act of 2021 helps reduce emissions from farms, ranches, and forests while providing support to landowners

A Bipartisan Approach to Reduce Emissions on Working Lands

The Growing Climate Solutions Act recognizes the role played by farmers, ranchers, and foresters in the fight against climate change.

Working in partnership with Energy Future New Orleans, a coalition of local and national organizations and businesses, Audubon Louisiana and the National Audubon Society supported a clean energy standard for the city of New Orleans that would require 100% clean energy by 2050, and an offsetting of carbon emissions by 2040. The standard was approved in April 2020. Audubon and EFNO are currently working on outlining regulations to implement the standard.

The proposal, submitted by the Energy Future New Orleans coalition, will establish a 100 percent Renewable Energy Standard by 2040 and result in more jobs, greater emissions reductions, and more local investment than alternatives

In 2019, New York set a bold example for the nation when Governor Andrew Cuomo officially signed New York’s ambitious Climate Leadership and Community Protection Act (CLCPA) into law. Audubon New York —alongside many local Audubon chapters and environmental partners—successfully advocated for this ambitious climate bill, which puts the state on the path to achieving the highest reduction of greenhouse gases in the country by 2050. Next step:  A Climate Action Council will develop a scoping plan to reach net-zero emissions goals across all economic sectors.

The sweeping climate legislation sets the target of creating a net-zero carbon economy in the state by 2050.

With the federal government failing to act, many states and cities are taking it upon themselves to cut emissions and increase resiliency.

Audubon North Carolina has been working with advocates to deliver climate and clean energy victories for years. In 2017, Audubon led a successful campaign to establish a new competitive marketplace for solar energy in North Carolina that would nearly double the amount of installed, large-scale solar energy over a four year period. Since then, Audubon advocates have been leading the way in speaking out against leg