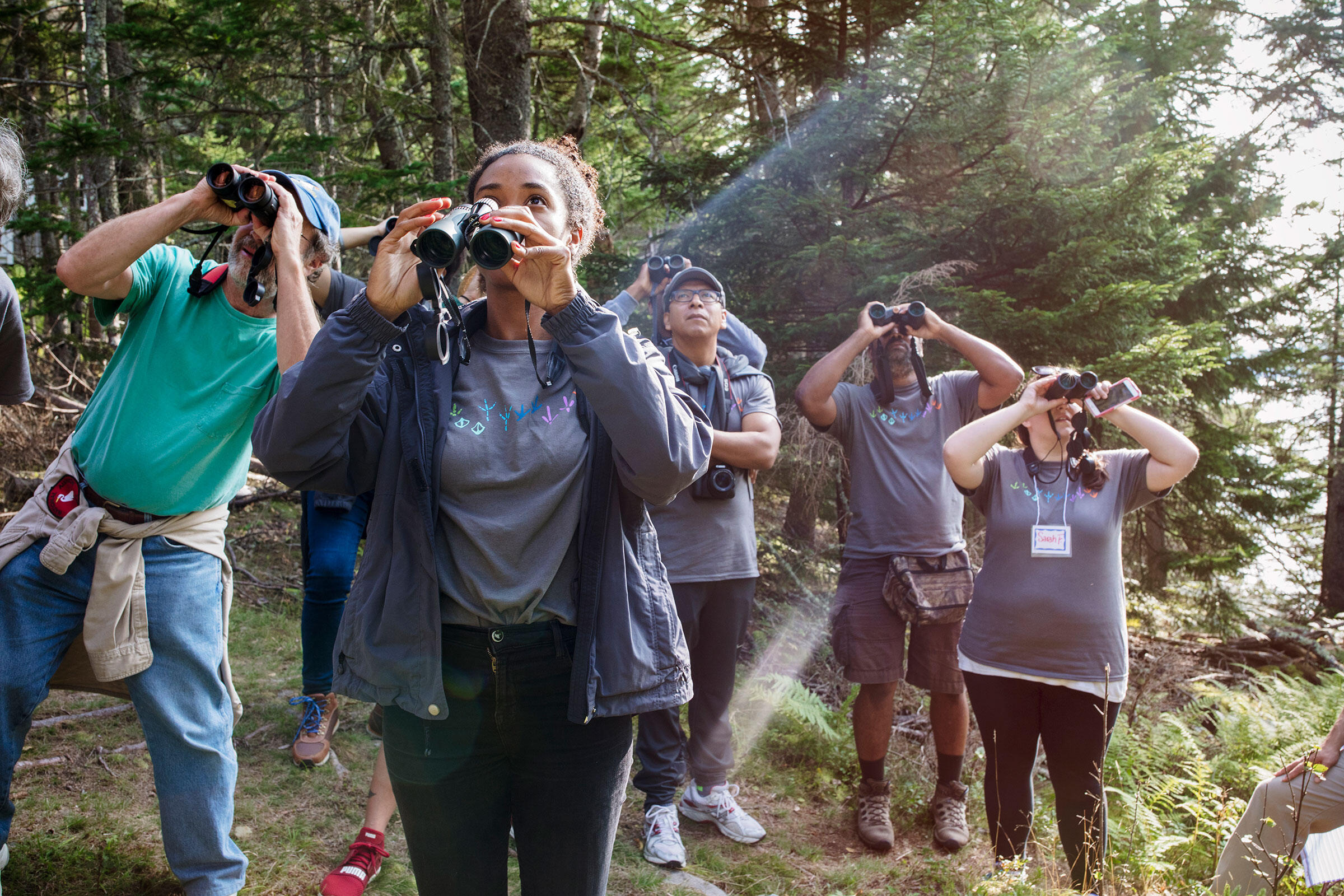 On Monday, the Intergovernmental Panel on Climate Change published a new report that reminded readers the world over of the hot, dire straits we’re now swimming in. Like most reports from the international organization, founded in 1988 by the World Meterological Organization and United Nations Environment Programme, it’s a massive summary of scientific research hitting on all the impacts of global warming that affect people and wildlife alike.

The Special Report on Global Warming of 1.5°C does something new, though. It's a forceful course correction, arguing that the widely accepted target for global warming—limiting it to only 2.0°C (3.6°F) above pre-industrial levels—is too high to avoid the worst impacts. “I think that the two-degree target was chosen more for political reasons than for true scientific reasons,” Scott Barrett of Columbia University told PBS NewsHour. "The idea was to—if countries could agree on a collective target, that that would mobilize the action needed to get the whole world to act together.”

The new report insists that 2.0°C is not a sufficient limit, and that we need to instead limit warming to 1.5°C (2.7°F) above pre-industrial levels. That’s because half a degree means a lot. It’s the difference between some coral reefs surviving (at 1.5°C) and losing them all (at 2.0°C). Raising temperatures that extra half-degree translates to four extra inches of global sea-level rise, which doesn’t sound like a lot but would in fact put an extra 10 million people at risk. It would mean more hot days and hotter hot days, worse droughts in places with drought, and bigger storms and monsoons in places that experience heavy rainfall. It’s the difference between one ice-free Arctic summer per century and one per decade. And so on.

Finally, the report concludes that limiting warming to 1.5°C will require “rapid and far-reaching” transitions worldwide—namely, transitioning from a fossil fuel-based economy to one driven by renewables—to reduce global carbon emissions by 45 percent by 2030. In other words, over the next 12 years, we need to completely transform our civilization, a task we have barely begun. And in the long term, preventing temperature rise over 1.5°C will also require technology that does not yet exist to remove carbon dioxide from the air.

The report has been received as a signal flare, warning the world that drastic action is needed immediately to prevent catastrophic climate change that would upend our civilization, to say nothing of the impacts on wildlife. For birders, though, this news shouldn't be a surprise. By spending time closely observing the outdoors and keeping tabs on avian and environmental news, we’ve long felt and perceived the impacts of climate change—often far before the rest of the world.

In Alaska and the Arctic, we’ve watched seabird populations dwindle as shifts in the marine food web cause adults to starve to death and fail to breed, and seen birds that rely on Arctic sea ice struggle to survive. With each passing fall migration, we’ve watched shorebird flocks shrink due to year after year of breeding failures on their Arctic tundra nesting grounds. In some years, we’ve watched Atlantic Puffin chicks on the PuffinCam grow slowly due to lack of food in a warming Gulf of Maine—and then fail to fledge, another breeding season lost.

In our own backyards, tick season is practically year-round, requiring extra bug spray, higher socks, and more time spent searching for odd bumps after a morning spent outside with binoculars.

We’ve heard fewer calls from salt-marsh birds like Saltmarsh Sparrows and Black Rails as rising seas drown coastal marshes—and had our own trips to our favorite migratory bird refuges flooded out from now-normal extra-high tides.

With each catastrophic hurricane, we brace for news that another rare endemic species was driven extinct or critical bird habitat was destroyed by wind and salt water. It's possible that the Attwater's Prairie-Chicken, a federally protected and endangered subspecies decimated by Hurricane Harvey, is next.

We’ve seen so many seabird and shorebird chicks drown when stronger storms drive floodwaters inland. Meanwhile, warmer temperatures threaten a vital network of saline lakes so many migrants depend on.

Heat and drought have caused entire bird populations to practically vanish into thin air, including specialists of piñon pine and juniper woodlands like the Pinyon Jay and half of the birds found in the Mojave Desert. Wildfires have raged across the West, devouring bird habitat as they go. This past year, birders leading their annual Christmas Bird Count in Sonoma Valley, California, hiked through a scorched landscape only to find a quarter of the birds as usual.

Yes, there's been a lot of loss, with only more to come—especially if we don't take drastic action in the next decade. But we've also seen hope. Birds are resilient, and birders are driven to protect what they love. In that sense, we're ahead of the curve in adaptation and conservation. 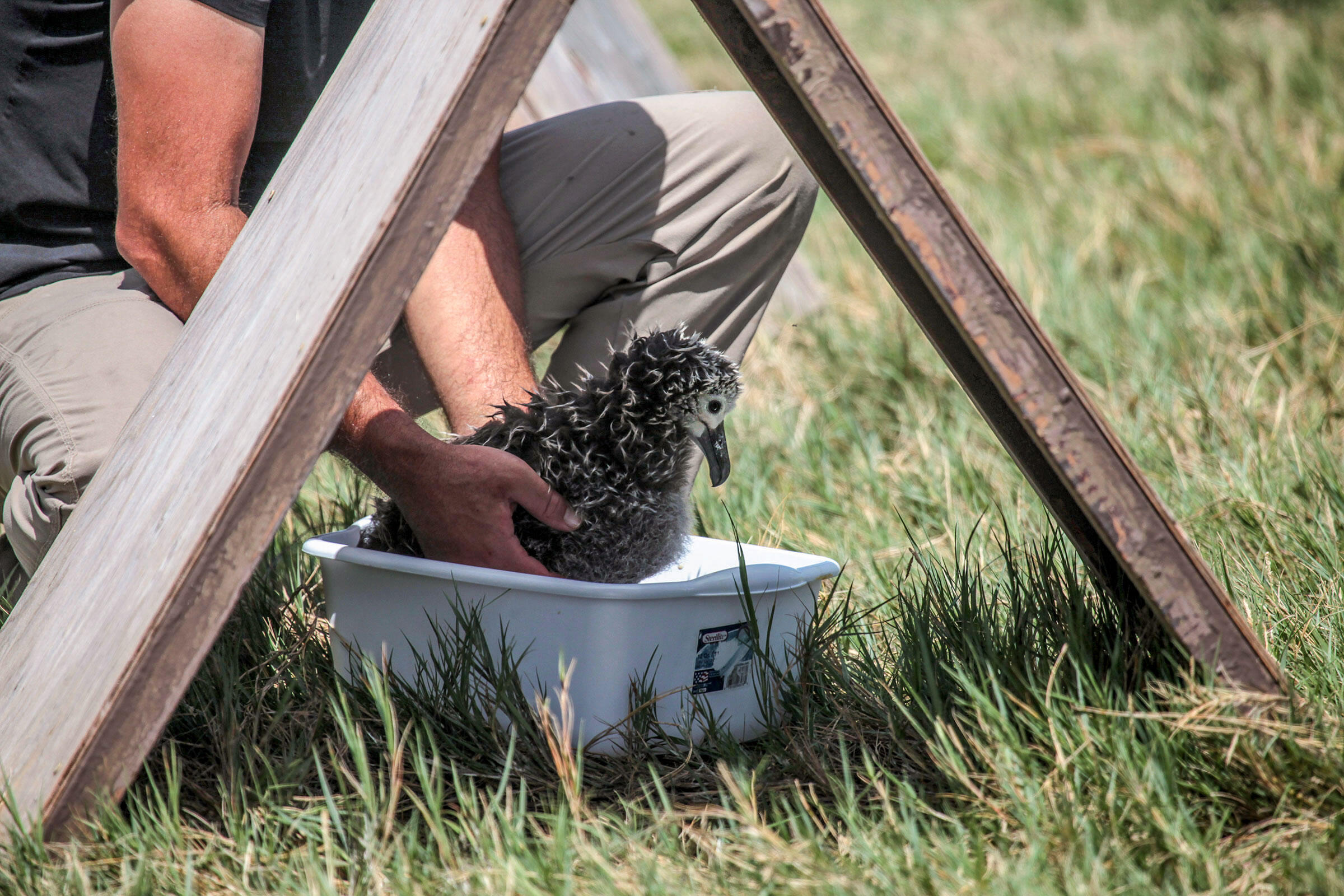 In Hawaii and elsewhere, researchers are relocating Laysan Albatross chicks from low-lying islands and raising them on higher ground to create colonies safe from sea-level rise. On the East and West coasts, conservationists are experimenting with the best methods to rebuild salt marsh and create floating refuges to give marsh birds some respite from rapid land loss. As western rivers dry up, birders work with governments to ensure water is delivered to important bird habitats along the Colorado River and Rio Grande.

In 2014, the National Audubon Society published its Birds and Climate Change Report, which serves as a field guide to a warmer future by mapping how birds' ranges will shift as our climate continues to warm. It's been used by conservationists and managers as they make plans to prepare birds for the coming changes. And earlier this year, the work was expanded for scientists at the National Park Service so they can understand how bird populations in their parks will shift in time.

We know that wildlife will need wide, open spaces safe from human development to adapt to the coming changes, so we've fought to protect the Arctic National Wildlife Refuge, public lands, and other wild expanses. We've also seen the fantastic results when nature is allowed to take its course—when neighborhoods wrecked by hurricanes aren't rebuilt in place but instead are given back to nature, and when restored barrier islands actually act as barriers while also serving as homes for nesting shorebirds and seabirds.

In their homes and communities, birders are growing native plants to create habitat in an increasingly developed landscape to give birds more space and resources to adapt to climate change. Artists have now painted 100 murals of climate-threatened birds in Manhattan to raise awareness of threats to species.

And volunteers across the country contribute to climate science by counting bluebirds and nuthatches through Climate Watch every winter and summer.

Yes, there is hope. But these actions aren't enough to stop the worst climate impacts, as the report details, and indeed birders cannot transform the global energy economy alone. That will take our government officials treating climate change like the dire threat it is, and all of the world's countries (yes, including the United States) sticking with their Paris Agreement pledges—and raising them over time.

With the new report, the Intergovernmental Panel on Climate Change has thrown down the gauntlet. Birders might have a head start, but we all still have a lot of work to do.